We report observations of a stellar occultation by Pluto on 2019 July 17. A single-chord high-speed (time resolution = 2 s) photometry dataset was obtained with a CMOS camera mounted on the Tohoku University 60 cm telescope (Haleakala, Hawaii). The occultation light curve is satisfactorily fitted to an existing atmospheric model of Pluto. We find the lowest pressure value at a reference radius of r = 1215 km among those reported after 2012. These reports indicate a possible rapid (approximately 21-5+4% of the previous value) pressure drop between 2016, which is the latest reported estimate, and 2019. However, this drop is detected at a 2.4σ level only and still requires confirmation from future observations. If real, this trend is opposite from the monotonic increase of Pluto's atmospheric pressure reported by previous studies. The observed decrease trend is possibly caused by ongoing N2 condensation processes in the Sputnik Planitia glacier associated with an orbitally driven decline of solar insolation, as predicted by previous theoretical models. However, the observed amplitude of the pressure decrease is larger than the model predictions. 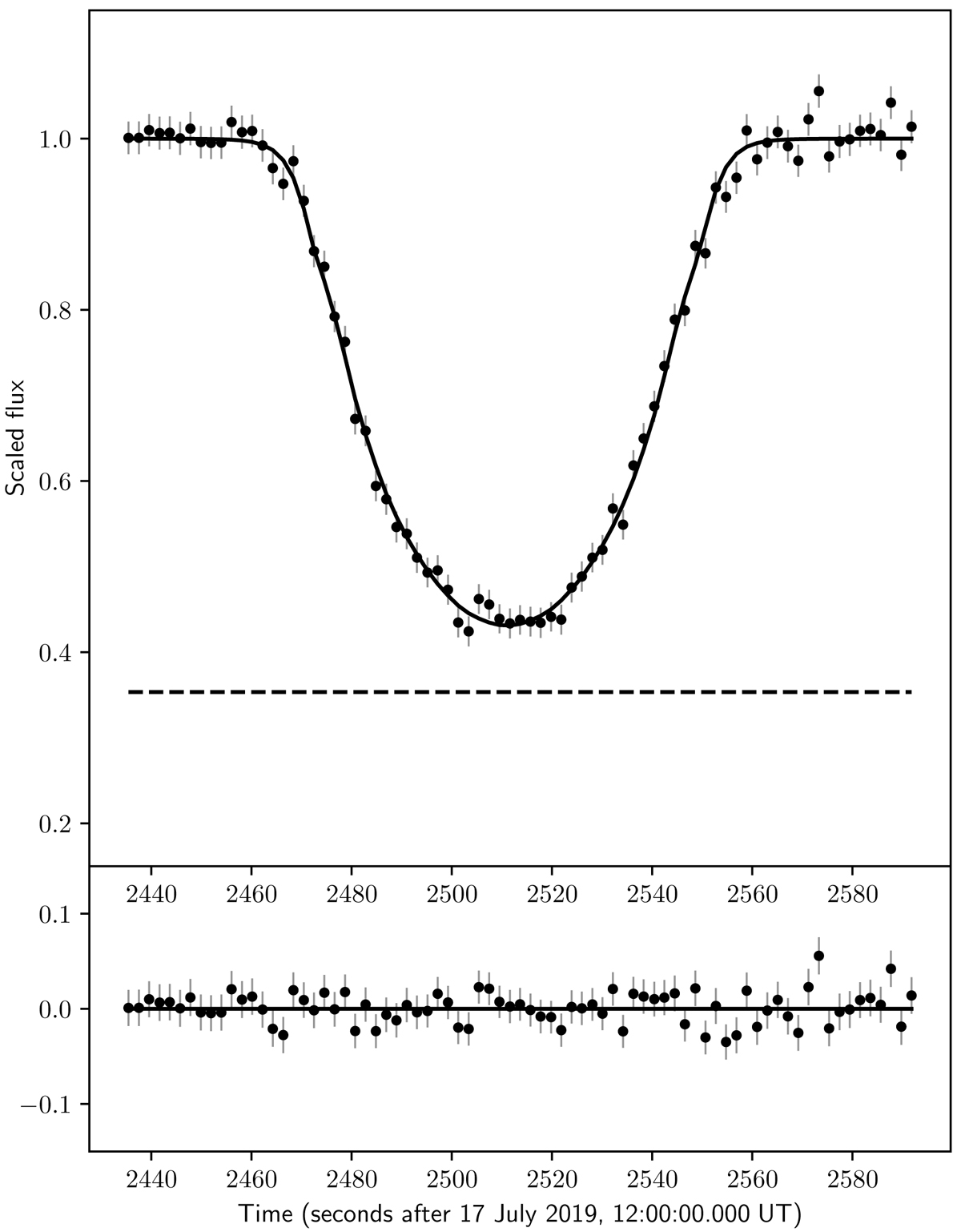