Young accreting stars drive outflows that collimate into jets, which can be seen hundreds of au from their driving sources. Accretion and outflow activity cease with system age, and it is believed that magneto-centrifugally launched disk winds are critical agents in regulating accretion through the protoplanetary disk. Protostellar jets are well studied in classical T Tauri stars (M⋆ ≲ 2 M⊙), while few nearby (d ≲ 150 pc) intermediate-mass stars (M⋆ = 2-10 M⊙), known as Herbig Ae/Be stars, have detected jets. We report VLT/MUSE observations of the Herbig Ae/Be star HD 100546 and the discovery of a protostellar jet. The jet is similar in appearance to jets driven by low-mass stars and compares well with the jet of HD 163296, the only other known optical jet from a nearby Herbig Ae/Be star. We derive a (one-sided) mass-loss rate in the jet of log Ṁjet ∼ -9.5 (in M⊙ yr-1) and a ratio of outflow to accretion of roughly 3 × 10-3, which is lower than that of CTTS jets. The discovery of the HD 100546 jet is particularly interesting because the protoplanetary disk around HD 100546 shows a large radial gap, spiral structure, and might host a protoplanetary system. A bar-like structure previously seen in Hα with VLT/SPHERE shares the jet position angle, likely represents the base of the jet, and suggests a jet-launching region within about 2 au. We conclude that the evolution of the disk at radii beyond a few au does not affect the ability of the system to launch jets. 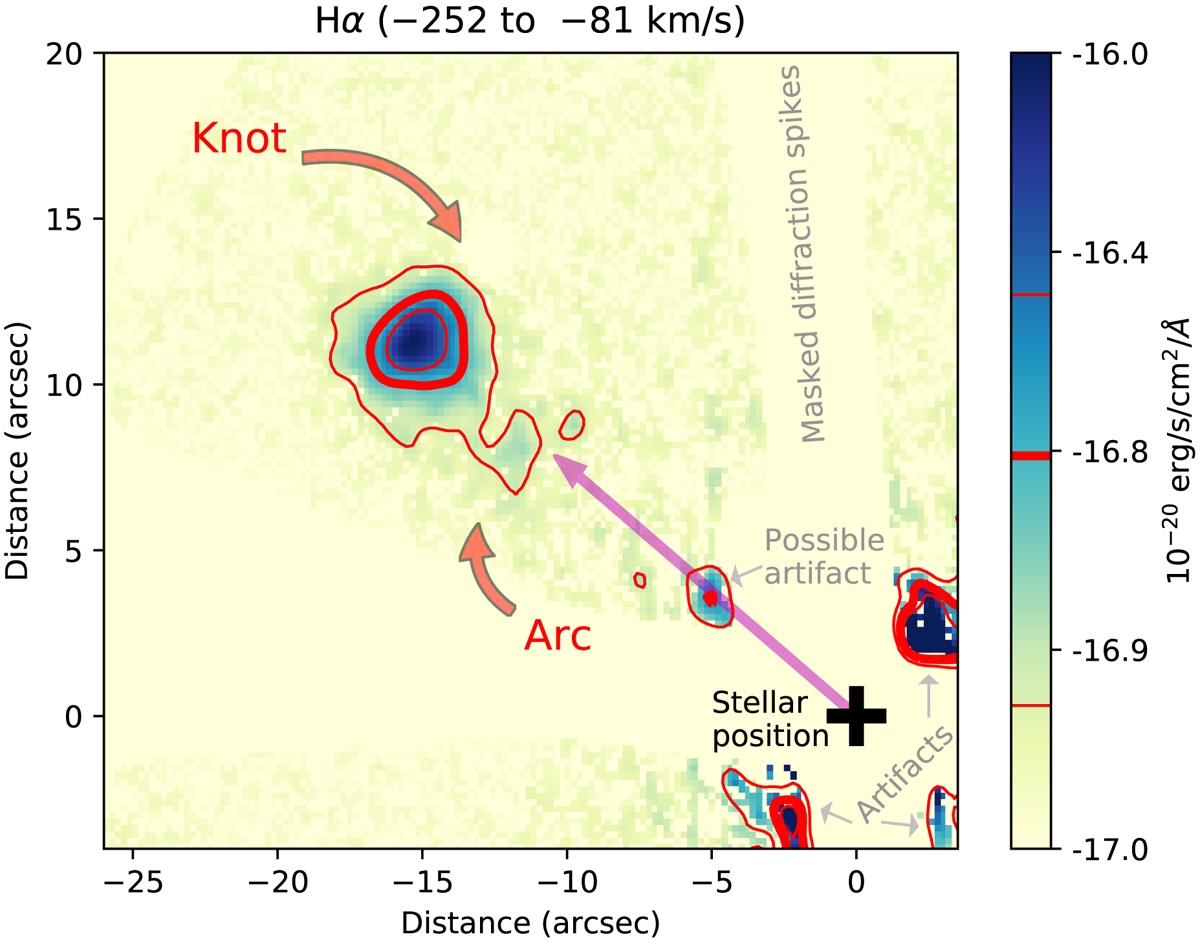