Variability of transit light curves of Kepler objects of interest

Context. Hitherto, the study of exoplanetary transit timing and duration variability has supposed transit light curves (TLCs) to be symmetric, suggesting a priori a spherical shape for the transiting object, for example, an exoplanet. As a result, the independent positions of transit borders are unknown. However, the borders of TLCs are most sensitive to the presence of exo-rings and/or dust formations of great interest.
Aims: For the first time we check for a timing variability of independently treated borders of transits of different types of exoplanets.
Methods: Using quadratic approximation for the start-, end-, and minimum parts of the long-cadence TLCs from the Kepler mission archive after their whitening and phase folding, we find the corresponding transit border timings: Δts, Δte, respectively, and the TLC minimum time Δtm. These parameters were found separately for each folded TLC constructed in the consequent non-overlapping time-windows with the respective medium time tw. Temporal and cross-correlation analysis of the obtained series of Δts(tw), Δte(tw), and Δtm(tw) were applied for the detection and diagnostics of variability of transit borders and TLC asymmetry.
Results: Among the considered TLCs of 98 Kepler objects of interest (KOIs), 15 confirmed giant exoplanets and 5 objects with still debatable status (probably non-planets) show variations in their transit timing parameters at timescales from ≈400 to ≳1500 days. These variations are especially well manifested as an anti-correlation between Δts and Δte, indicating variability in the dimensions of transiting shadows, especially along their trajectories. There are also objects with well pronounced oscillations of transit border timing and asymmetry.
Conclusions: The discovered variability of transit timing is important as an indicator of large-scale non-stationary processes in the atmospheres of KOIs, as well as dust and aerosol generation in their upper layers and in their close vicinity. These findings highlight the need for a dedicated and detailed study. 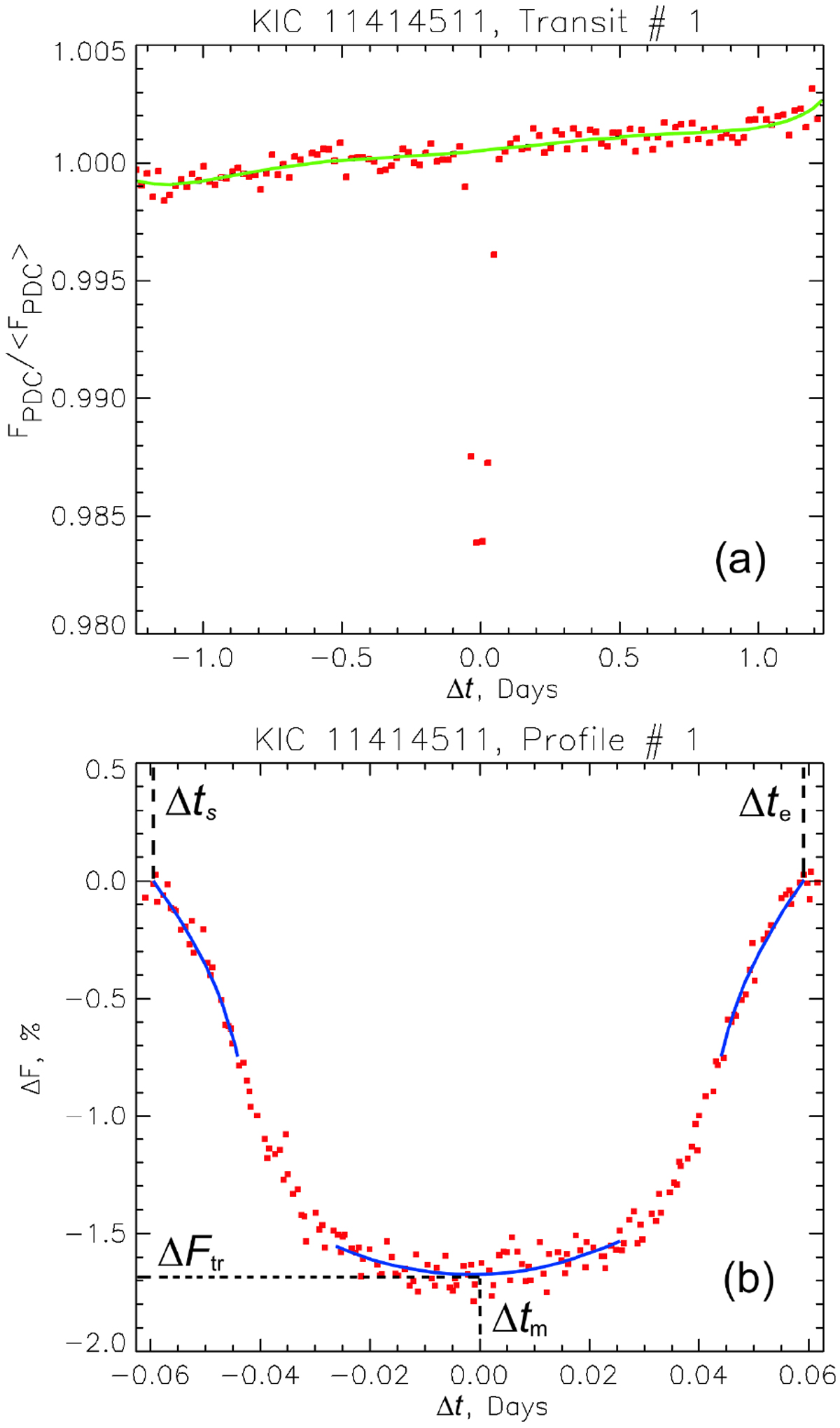