Context. The understanding of (sub-)millimetre polarisation has made a leap forward since high-resolution imaging with the Atacama Large (sub-)Mm Array (ALMA) became available. Amongst other effects, self-scattering (i.e. the scattering of thermal dust emission on other grains) is thought to be the origin of millimetre polarisation. This opens the first window to a direct measurement of dust grain sizes in regions of optically thick continuum emission as it can be found in protoplanetary discs and star-forming regions. However, the newly derived values of grain sizes are usually around ~100 μm and thus one order of magnitude smaller than those obtained from more indirect measurements, as well as those expected from theory (~1 mm).
Aims: We see the origin of this contradiction in the applied dust model of current self-scattering simulations: a perfect compact sphere. The aim of this study is to test our hypothesis by investigating the impact of non-spherical grain shapes on the self-scattering signal.
Methods: We applied discrete dipole approximation simulations to investigate the influence of the grain shape on self-scattering polarisation in three scenarios: an unpolarised and polarised incoming wave under a fixed and a varying incident polarisation angle.
Results: We find significant deviations of the resulting self-scattering polarisation when comparing non-spherical to spherical grains. In particular, tremendous deviations are found for the polarisation signal of grains when observed outside the Rayleigh regime, that is for >100 μm sized grains observed at the 870 μm wavelength. Self-scattering by oblate grains produces higher polarisation degrees compared to spheres, which challenges the interpretation of the origin of observed millimetre polarisation. A (nearly) perfect alignment of the non-spherical grains is required to account for the observed millimetre polarisation in protoplanetary discs. Furthermore, we find conditions under which the emerging scattering polarisation of non-spherical grains is flipped in orientation by 90°.
Conclusions: These results show clearly that the perfect compact sphere is an oversimplified model, which has reached its limit. Our findings point towards a necessary re-evaluation of the dust grain sizes derived from (sub-)millimetre polarisation. 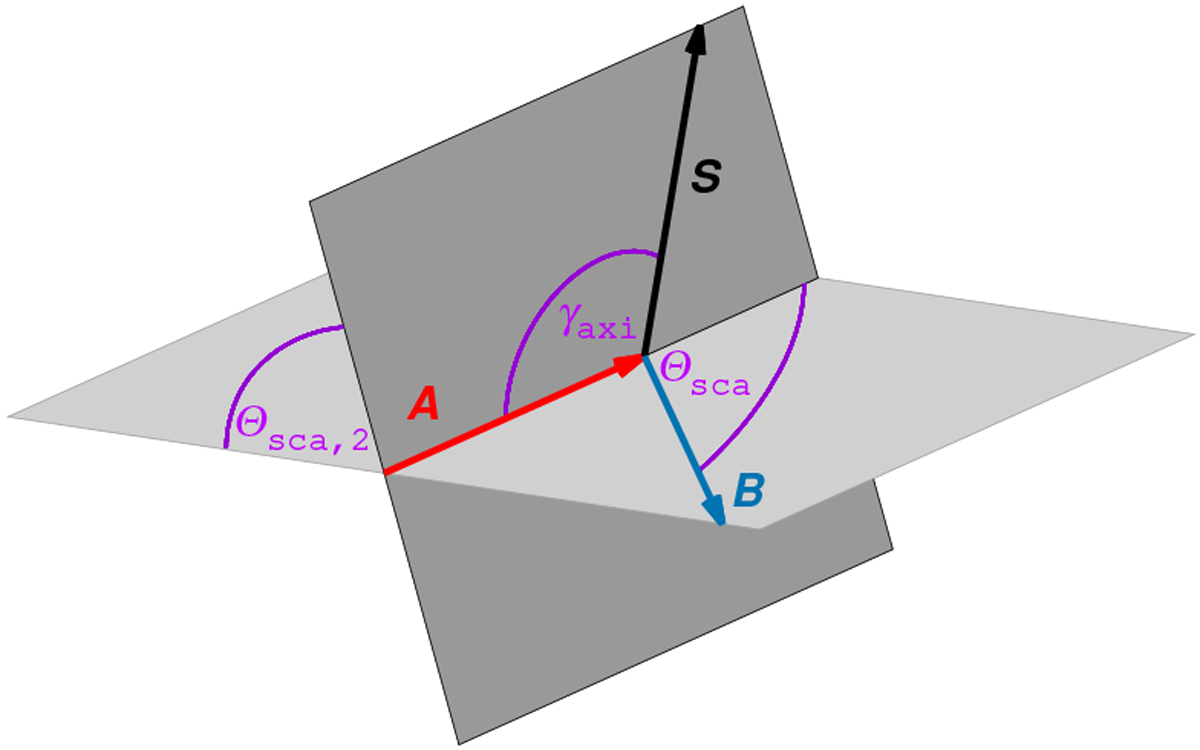