We present the results of the first dedicated observation of the young X-ray pulsar SXP 1062 in the broad X-ray energy band obtained during its 2019 outburst with the NuSTAR and XMM-Newton observatories. The analysis of the pulse-phase averaged and phase-resolved spectra in the energy band from 0.5 to 70 keV did not reveal any evidence for the presence of a cyclotron line. The spin period of the pulsar was found to have decreased to 979.48 ± 0.06 s implying a ∼10% reduction compared to the last measured period during the monitoring campaign conducted about five years ago, and is puzzling considering that the system apparently has not shown major outbursts ever since. The switch of the pulsar to the spin-up regime supports the common assumption that torques acting on the accreting neutron star are nearly balanced and thus SXP 1062 likely also spins with a period close to the equilibrium value for this system. The current monitoring of the source also revealed a sharp drop in its soft X-ray flux right after the outburst, which is in drastic contrast to the behavior during the previous outburst when the pulsar remained observable for years with only a minor flux decrease after the end of the outburst. This unexpected off state of the source lasted for at most 20 days after which SXP 1062 returned to the level observed during previous campaigns. We discuss this and other findings in context of the modern models of accretion onto strongly magnetized neutron stars. 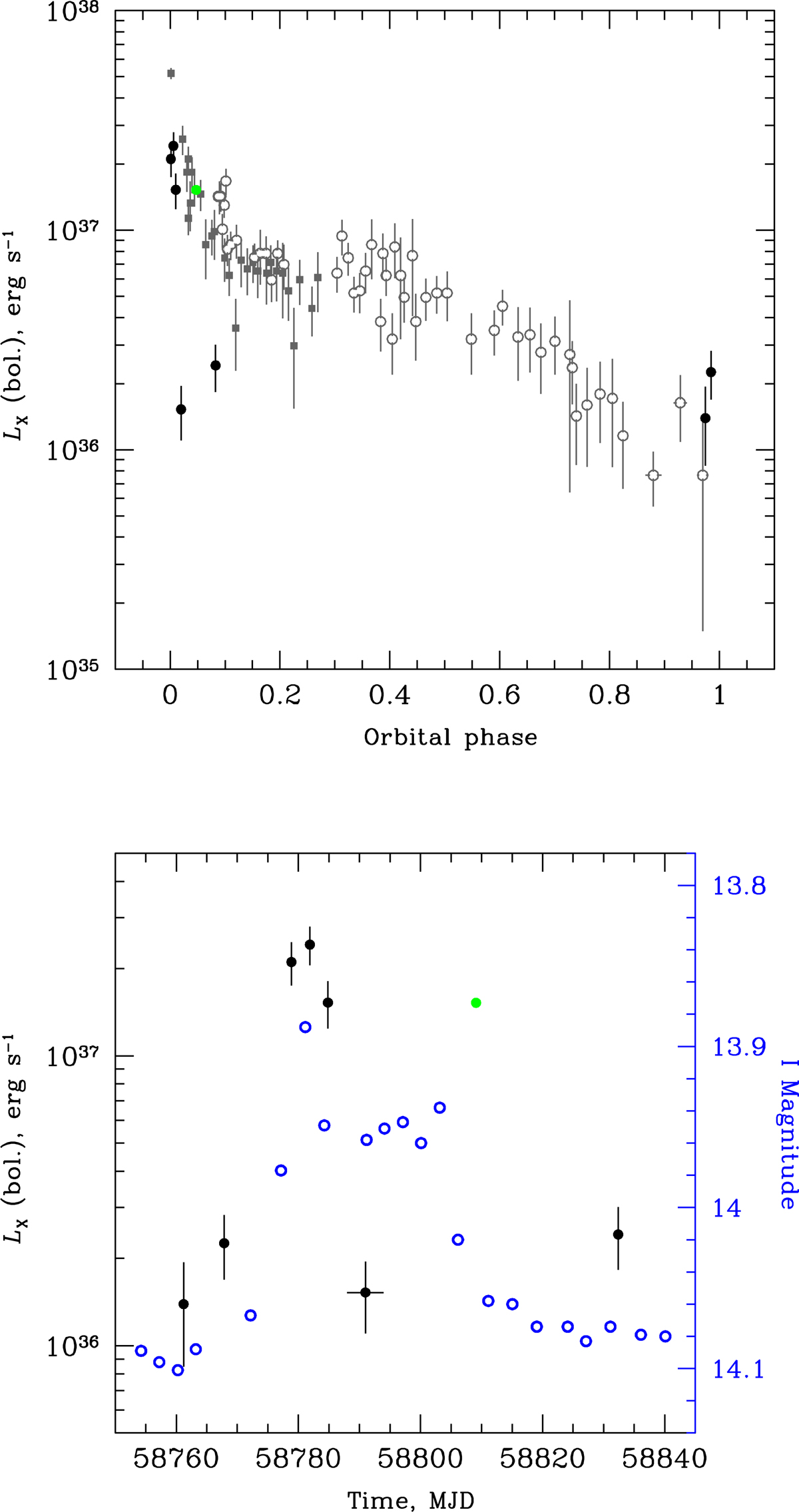