Globular cluster (GC) systems of massive galaxies often show a bimodal colour distribution. This has been interpreted as a metallicity bimodality, created by a two-stage galaxy formation where the red, metal-rich GCs were formed in the parent halo and the blue metal-poor GCs were accreted. This interpretation, however, crucially depends on the assumption that GCs are exclusively old stellar systems with a linear colour-metallicity relation (CZR). The shape of the CZR and range of GC ages are currently under debate because their study requires high quality spectra to derive reliable stellar population properties. We determined metallicities with full spectral fitting from a sample of 187 GCs with a high spectral signal-to-noise ratio in 23 galaxies of the Fornax cluster that were observed as part of the Fornax 3D project. The derived CZR from this sample is non-linear and can be described by a piecewise linear function with a break point at (g-z) ∼ 1.1 mag. The less massive galaxies in our sample (M* < 1010 M⊙) appear to have slightly younger GCs, but the shape of the CZR is insensitive to the GC ages. Although the least massive galaxies lack red, metal-rich GCs, a non-linear CZR is found irrespective of the galaxy mass, even in the most massive galaxies (M* ≥ 1011 M⊙). Our CZR predicts narrow unimodal GC metallicity distributions for low mass and broad unimodal distributions for very massive galaxies, dominated by a metal-poor and metal-rich peak, respectively, and bimodal distributions for galaxies with intermediate masses (1010 ≤ M* < 1011 M⊙) as a consequence of the relative fraction of red and blue GCs. The diverse metallicity distributions challenge the simple differentiation of GC populations solely based on their colour. 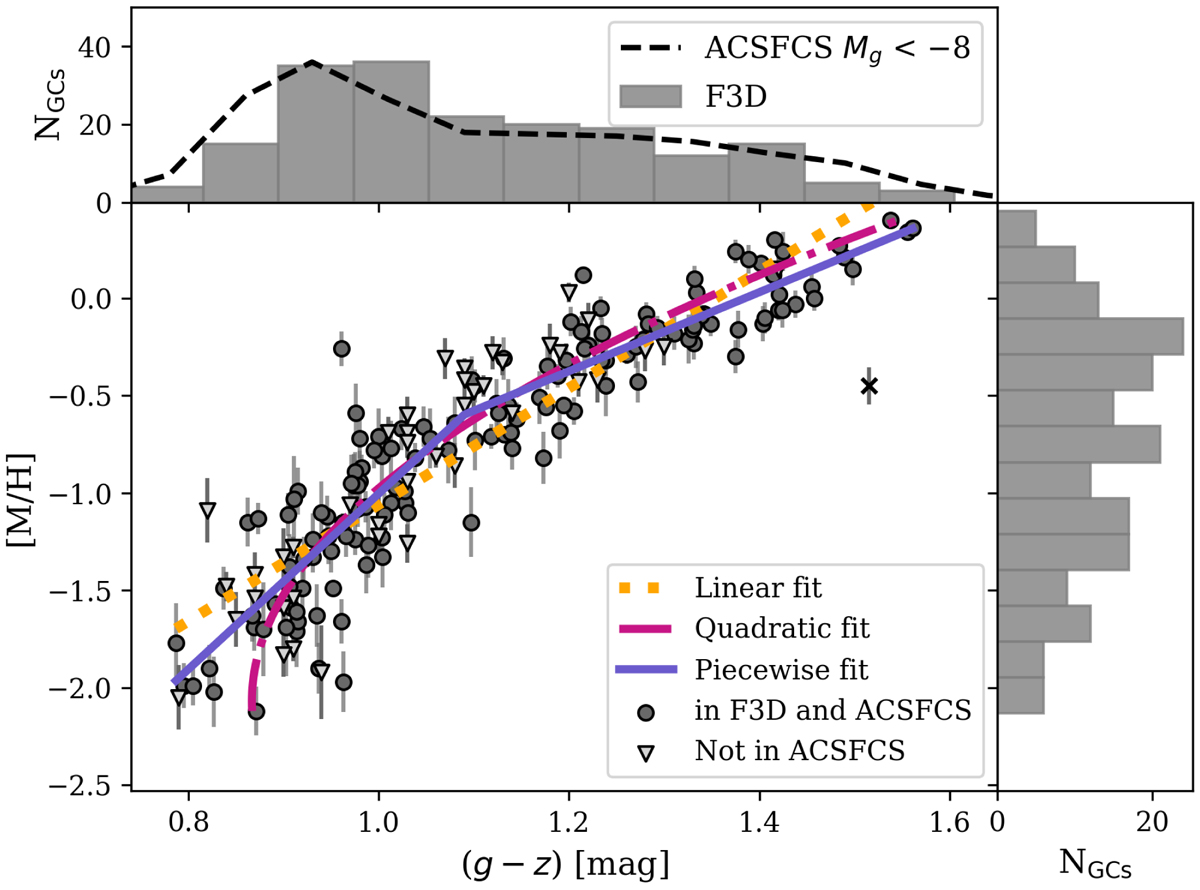