Looks can be deceiving. Underestimating the age of single white dwarfs due to binary mergers

Context. White dwarfs (WDs) are important and abundant tools to study the structure and evolution of the Galactic environment. However, the multiplicity of WD progenitors is generally neglected. Specifically, a merger in a binary system can lead to a single WD, which could result in wrongly inferred quantities if only single stellar evolution (SSE) is considered. These mergers are linked to transients such as luminous red novae and Type Ia supernovae.
Aims: We investigate the impact of binary evolution (BE) upon observable single WDs, and compare their properties to WDs formed through SSE. We assess the evolutionary channels and the age and mass distributions of the resulting single WDs.
Methods: We employed SeBa to model the evolution of single star and binary populations. We synthesised the observable single WD population within 100 pc, including cooling and observational selection effects. Additionally, we constructed models with different evolution and primordial population properties to study the effects on the properties of the resulting single WDs.
Results: White dwarfs from binary mergers make up about 10-30% of all observable single WDs and 30-50% of massive WDs. On average, individual WDs take 3.1-5 times longer to form through BE than SE, and so appear ∼1 Gyr younger than they are if BE is ignored. In all models, the effect of mergers on the age distribution is clearly noticeable. The median age typically increases by 85-430 Myr and 200-390 Myr for massive WDs. Although abundant, we do not find evidence that WDs from mergers significantly alter the shape of the WD mass distribution.
Conclusions: Assuming SSE for inferring properties of single WDs gives rise to intrinsic errors as single WDs can also be formed following a binary merger. Strategies for mitigating the effect of mergers on the WD age distributions are discussed. 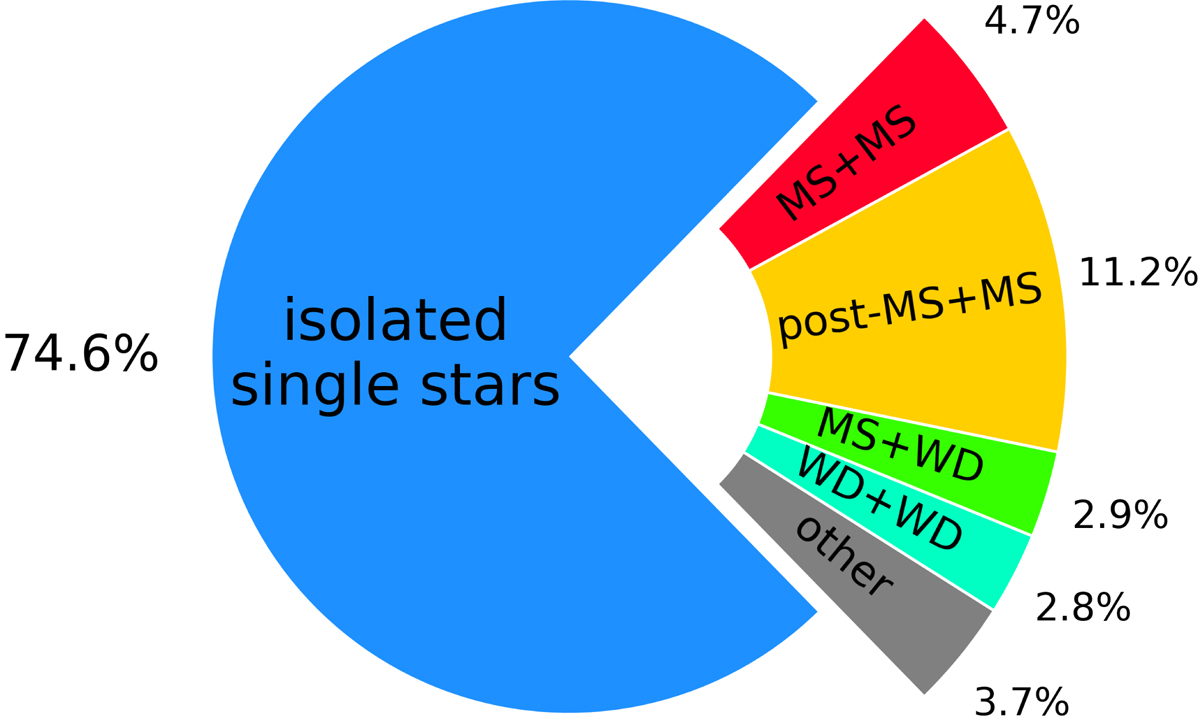