Context. As a fragile element, lithium is a sensitive probe of physical processes occurring in stellar interiors.
Aims: We aim to investigate the relationship between lithium abundance and rotation rate in low-mass members of the newly discovered 125 Myr-old Psc-Eri stellar stream.
Methods: We obtained high-resolution optical spectra and measured the equivalent width of the 607.8 nm LiI line for 40 members of the Psc-Eri stream, whose rotational periods have been previously derived.
Results: We show that a tight correlation exists between the lithium content and rotation rate among the late-G to early-K-type stars of the Psc-Eri stream. Fast rotators are systematically Li rich, while slow rotators are Li depleted. This trend mimics that previously reported for the similar age Pleiades cluster.
Conclusions: The lithium-rotation connection thus seems to be universal over a restricted effective temperature range for low-mass stars at or close to the zero-age main sequence, and does not depend on environmental conditions.

Based on observations collected at the European Organisation for Astronomical Research in the Southern Hemisphere under ESO programme 103.A-9009. 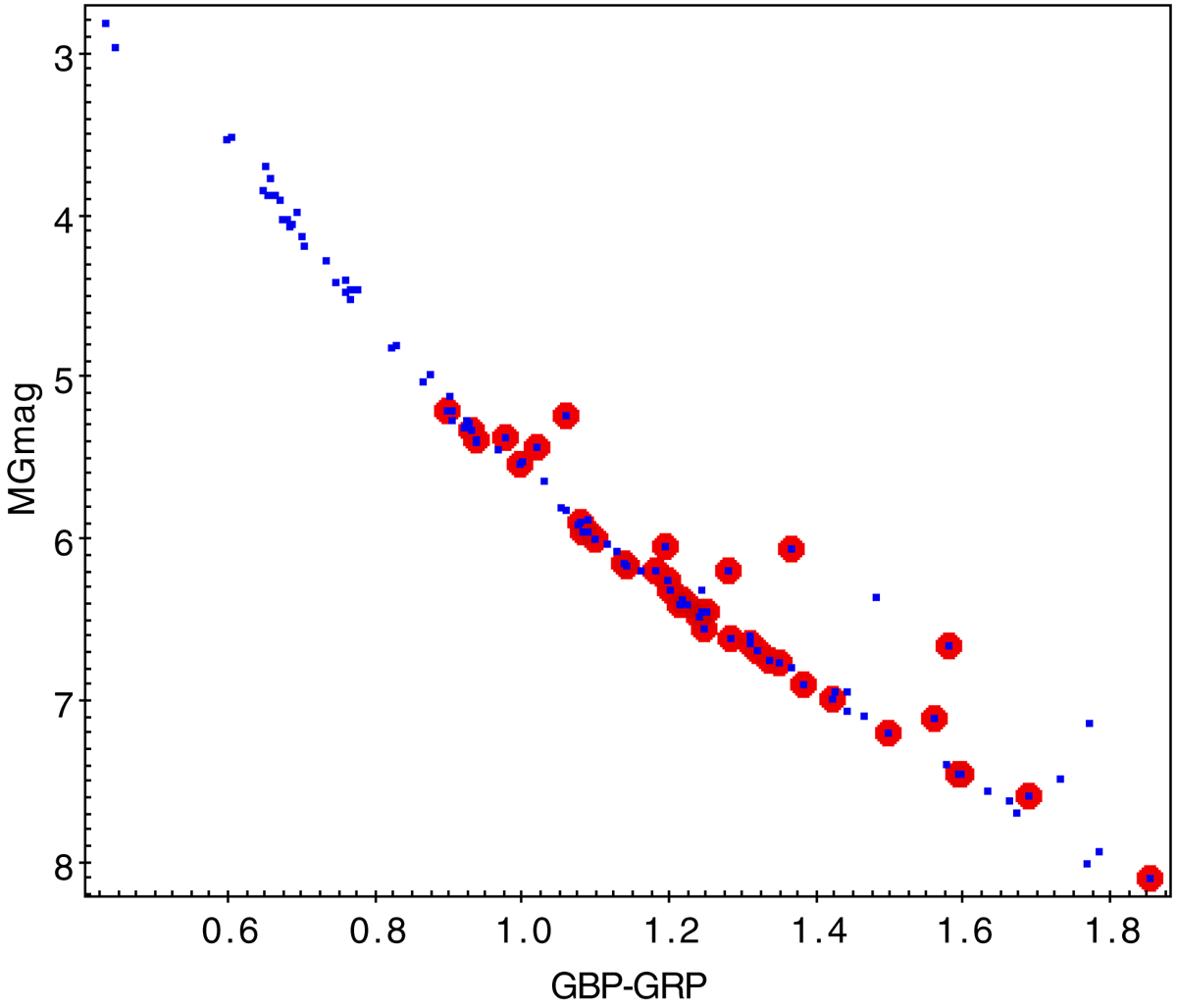