Probing the azimuthal environment of galaxies around clusters. From cluster core to cosmic filaments

Galaxy clusters are connected at their peripheries to the large-scale structures by cosmic filaments that funnel accreting material. These filamentary structures are studied to investigate both environment-driven galaxy evolution and structure formation and evolution. In the present work, we probe in a statistical manner the azimuthal distribution of galaxies around clusters as a function of the cluster-centric distance, cluster richness, and star-forming or passive galaxy activity. We performed a harmonic decomposition in large photometric galaxy catalogue around 6400 SDSS clusters with masses M > 1014 solar masses in the redshift range of 0.1 < z < 0.3. The same analysis was performed on the mock galaxy catalogue from the light cone of a Magneticum hydrodynamical simulation. We used the multipole analysis to quantify asymmetries in the 2D galaxy distribution. In the inner cluster regions at R < 2R500, we confirm that the galaxy distribution traces an ellipsoidal shape, which is more pronounced for richest clusters. In the outskirts of the clusters (R = [2 - 8]R500), filamentary patterns are detected in harmonic space with a mean angular scale mmean = 4.2 ± 0.1. Massive clusters seem to have a larger number of connected filaments than lower-mass clusters. We also find that passive galaxies appear to trace the filamentary structures around clusters better. This is the case even if the contribution of star-forming galaxies tends to increase with the cluster-centric distance, suggesting a gradient of galaxy activity in filaments around clusters. 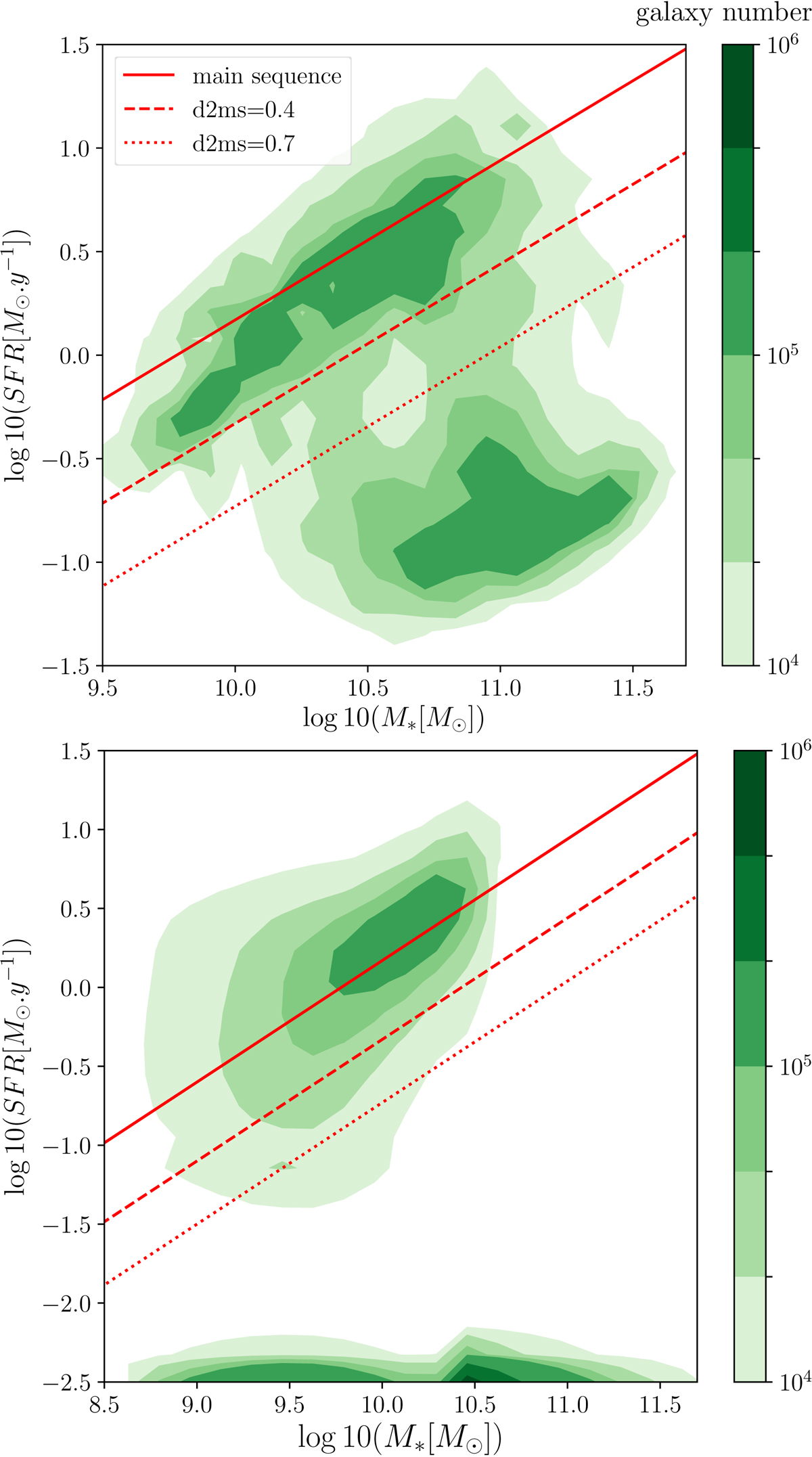