High spin temperatures at large impact parameters: Ionisation in the outskirts of galaxies

By including the most recent observations of H I 21-cm absorption through nearby galactic discs, we confirm our previous assertion that there is an anti-correlation between the abundance of cool neutral atomic gas and impact parameter. In comparing the measured neutral hydrogen column densities of the sample with the absorption strength, we find a peak in the mean spin temperature of ⟨Tspin/f ⟩ ≈ 2310 K at an impact parameter of ρ ≈ 14 kpc, with ⟨Tspin/f ⟩≳1000 K in the remainder of the disc. This is significantly different to the spin temperature distribution in the Milky Way, which exhibits a constant ≈250 - 400 K over ρ = 8 - 25 kpc. The measured column densities may, however, suffer from beam dilution, which we show appears to be the case for the observations of H I 21-cm emission in which the beam subtends radii of ≳10 kpc. We therefore applied the column density profile of the Milky Way, in addition to the mean of the sample, observed at sufficiently high resolution, and the mean profile for the nearby ∼1012 M⊙ galaxies in the IllustrisTNG simulations. All of the models yield a peak in the mean spin temperature at similar impact parameters (r ≈ 10 - 15 kpc) as the measured column densities. These radii are similar to those of the spiral arms where H II regions are often concentrated. We therefore suggest that the elevated spin temperatures trace the H II regions observed in the outer disc of many spiral galaxies. 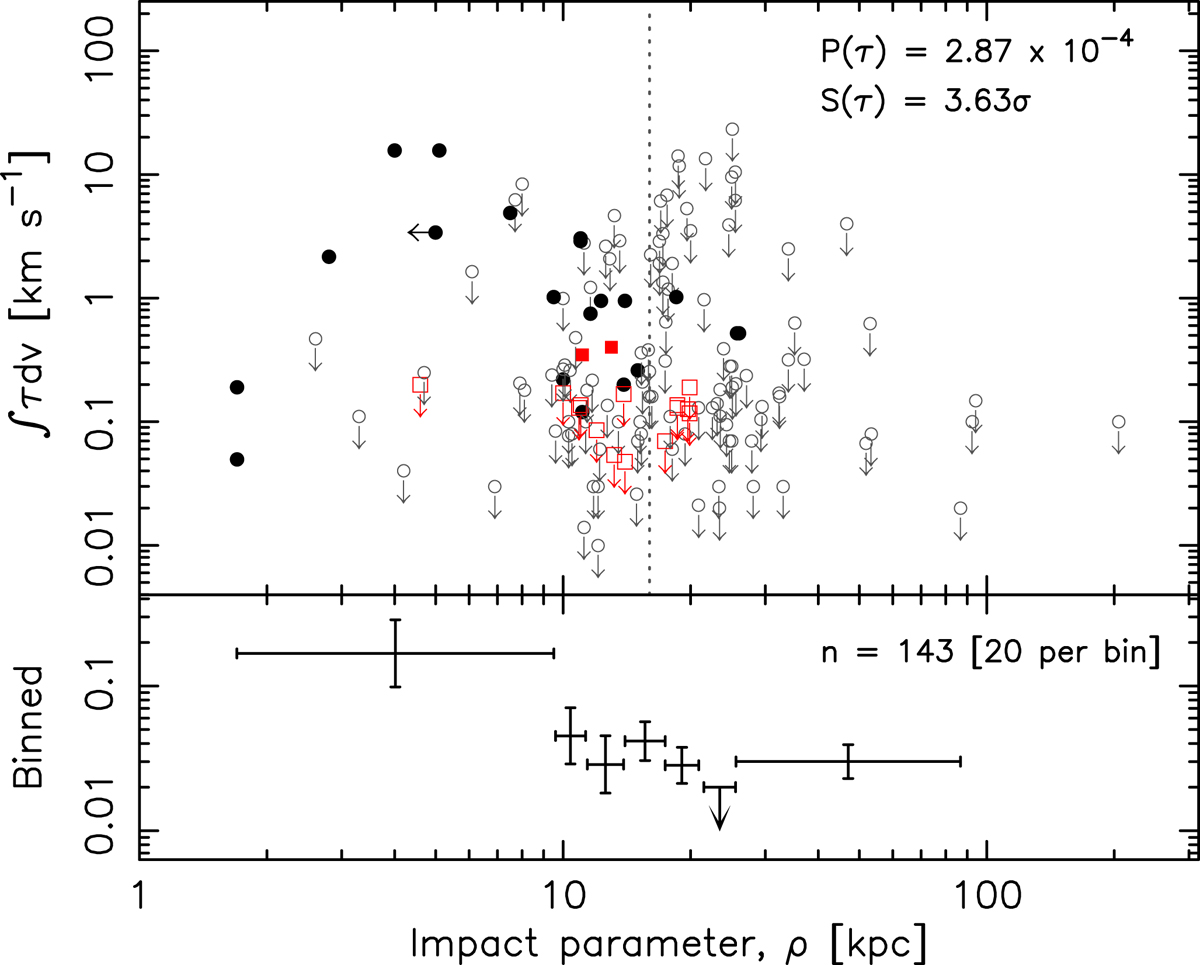