The binary system η Carinae is a unique laboratory that facilitates the study of particle acceleration to high energies under a wide range of conditions, including extremely high densities around periastron. To date, no consensus has emerged as to the origin of the gigaelectronvolt γ-ray emission in this important system. With a re-analysis of the full Fermi-LAT data set for η Carinae, we show that the spectrum is consistent with a pion decay origin. A single population leptonic model connecting X-ray to γ-ray emission can be ruled out. We revisit our physical model from 2015, based on two acceleration zones associated with the termination shocks in the winds of both stars. We conclude that inverse Compton emission from in-situ accelerated electrons dominates the hard X-ray emission detected with NuSTAR at all phases away from periastron and that pion-decay from shock accelerated protons is the source of γ-ray emission. Very close to periastron there is a pronounced dip in hard X-ray emission, concomitant with the repeated disappearance of the thermal X-ray emission, which we interpret as due to the suppression of significant electron acceleration in the system. Within our model, the residual emission seen by NuSTAR at this phase can be accounted for with secondary electrons produced in interactions of accelerated protons, which agrees with the variation in pion-decay γ-ray emission. Future observations with H.E.S.S., CTA, and NuSTAR should confirm or refute this scenario. 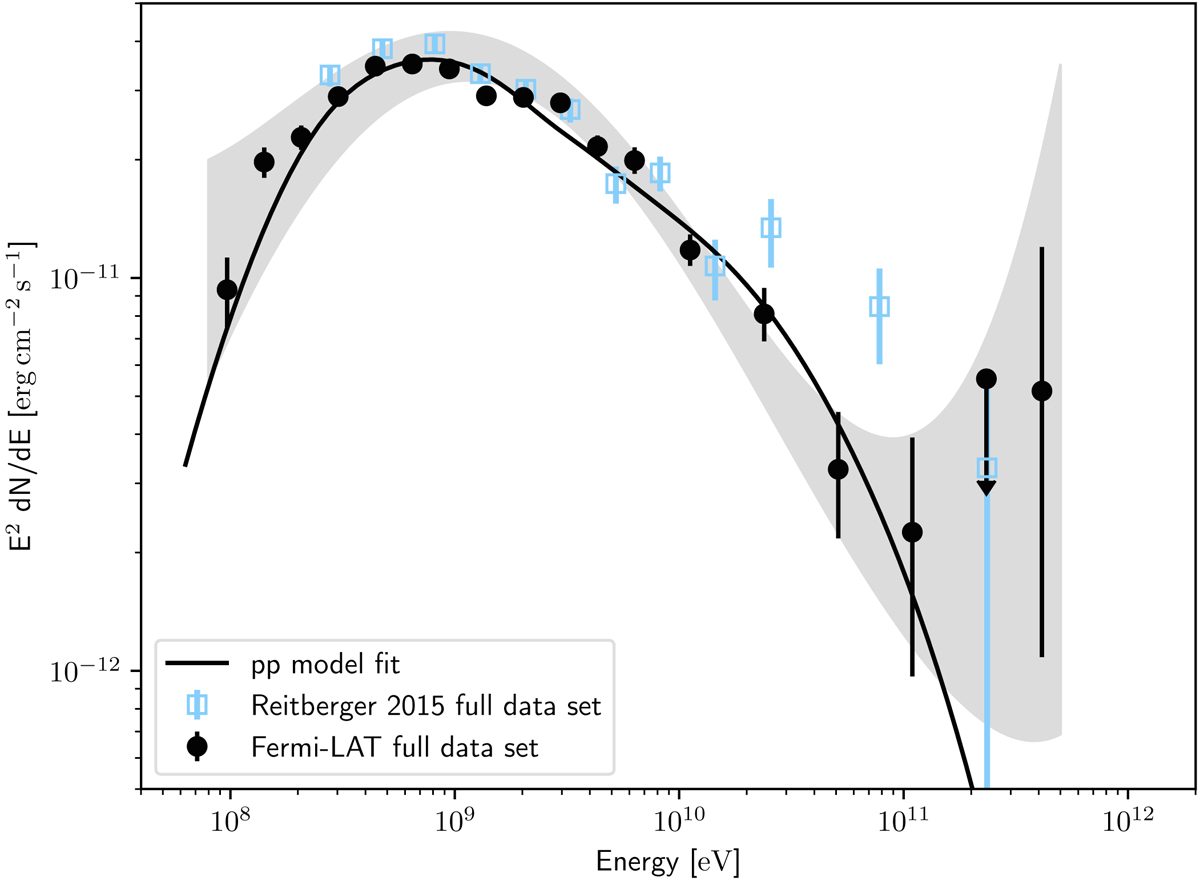