Context. It has become clear in recent years that binarity plays a crucial role in many aspects of planetary nebulae (PNe), particularly with regard to the striking morphologies they exhibit. To date, there are nearly 60 known binary central stars of PNe (bCSPNe). However, both theory and observation indicate that this figure represents only the tip of the iceberg, with the Galactic PN population hosting orders of magnitude more stars.
Aims: We are involved in a search for new bCSPNe with the aim of enhancing the statistical validation of the key role of binarity in the formation and shaping of PNe. New discoveries of bCSPNe and their characterization carry important implications not only for understanding PN evolution, but also for studying binary evolution and the common-envelope phase, which is still poorly understood.
Methods: We used data from the TESS satellite to search for variability in the eight CSPNe that belong to the two-minute cadence of preselected targets in Cycle 1, with their available pipeline-extracted light curves. We identified strong periodicities and analysed them in the context of the binary scenario.
Results: All the CSPNe but one (Abell 15) show clear signs of periodic variability in TESS. The cause of this variability can be attributed to different effects, some of them requiring the presence of a companion star. We find simple sinusoidal modulations in several of the systems, compatible with irradiation effects. In addition, two of the central stars (PG 1034+001 and NGC 5189) also show photometric variations due to ellipsoidal variations and other signs of variability that are probably caused by star spots or relativistic Doppler-beaming. The case of the well-studied Helix Nebula is of particular interest; here we constructed a series of binary models to explain the modulations we see in the light curve. We find that the variability constrains the possible companion to be very low-mass main-sequence star or sub-stellar object. We also identify, in substantial detail, the individual pulsation frequencies of NGC 246. 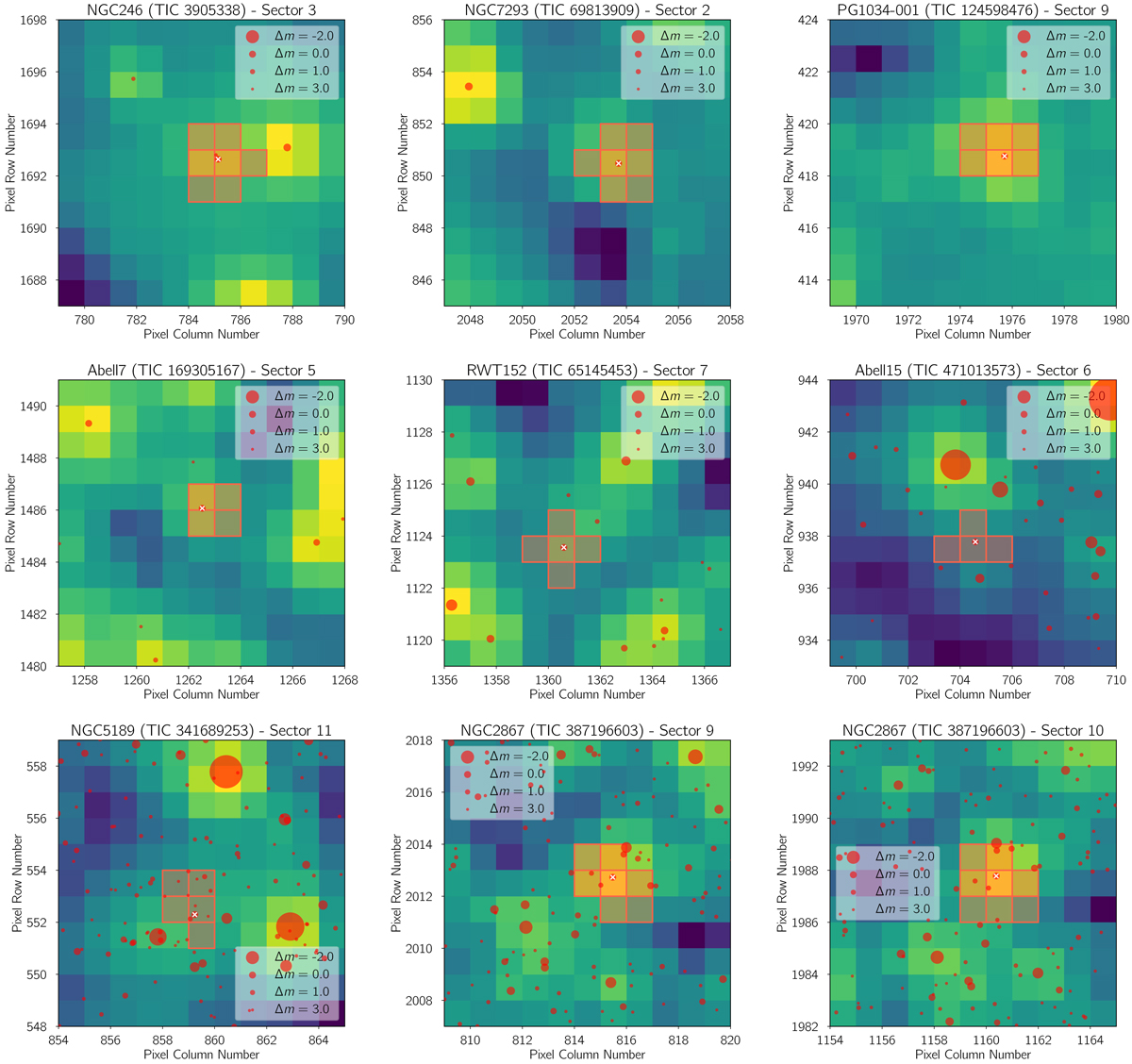