An accurate strong lensing model of the Abell 2163 core

Abell 2163 at z ≃ 0.201 is one of the most massive galaxy clusters known, very likely in a post-merging phase. Data from several observational windows suggest a complex mass structure with interacting subsystems, which makes the reconstruction of a realistic merging scenario very difficult. A missing key element in this sense is unveiling the cluster mass distribution at high resolution. We perform such a reconstruction of the cluster inner total mass through a strong lensing model based on new spectroscopic redshift measurements. We use data from the Multi Unit Spectroscopic Explorer on the Very Large Telescope to confirm 12 multiple images of four sources with redshift values from 1.16 to 2.72. We also discover four new multiple images and identify 29 cluster members and 35 foreground and background sources. The resulting galaxy member and image catalogs are used to build five cluster total mass models. The fiducial model consists of 111 small-scale subhalos, plus a diffuse component, which is centered ∼2″ away from the BCG belonging to the east Abell 2163 subcluster. We confirm that the latter is well represented by a single, large-scale mass component. Its strong elongation towards a second (west) subcluster confirms the existence of a preferential axis, corresponding to the merging direction. From the fiducial model, we extrapolate the cumulative projected total mass profile and measure a value of M(<300 kpc) = 1.43-0.06+0.07 × 1014 M⊙, which has a significantly reduced statistical error compared with previous estimates, thanks to the inclusion of the spectroscopic redshifts. Our strong lensing results are very accurate: the model-predicted positions of the multiple images are, on average, only 0″​​.15 away from the observed ones. 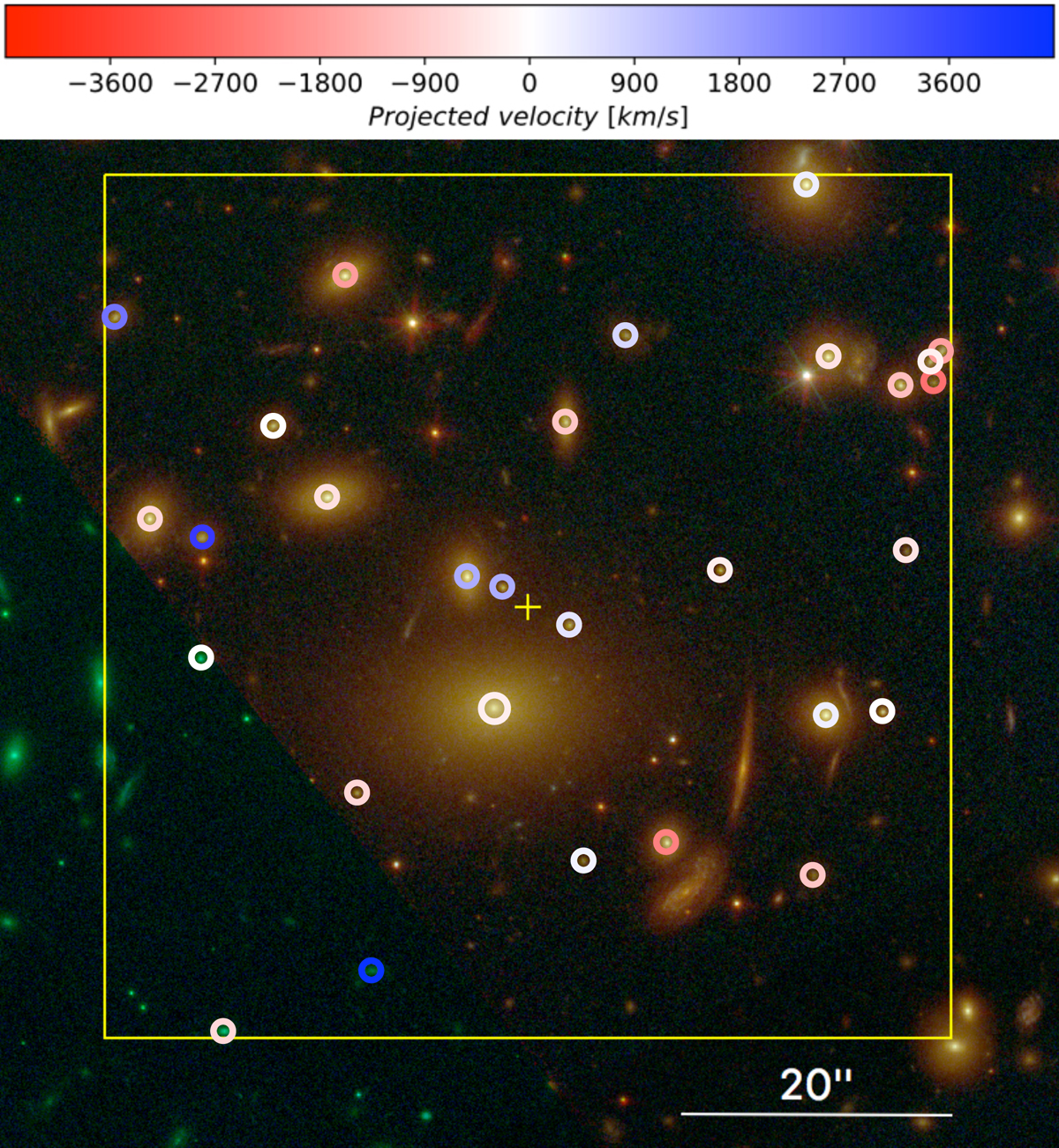