Pal 13: its moderately extended low-density halo and its accretion history

We present results based on Dark Energy Camera Legacy Survey (DECaLS) DR8 astrometric and photometric data sets of the Milky Way globular cluster Pal 13. Because of its relatively small size and mass, there is not yet a general consensus on the existence of extra-tidal structures surrounding it. While some previous results suggest the absence of such features, others show that the cluster is under the effects of tidal stripping. We have built a cluster stellar density map from DECaLS g, r magnitudes - previously corrected for interstellar reddening - of stars placed along the cluster main sequence in the color-magnitude diagram. The resulting density map shows nearly smooth contours around Pal 13 out to approximately 1.6 t the most recent estimate of its Jacobi radius, which was derived whilst taking into account the variation along its orbital motion. This outcome favors the presence of stars escaping the cluster, a phenomenon frequently seen in globular clusters that have crossed the Milky Way disk a comparably large number of times. Particularly, the orbital high eccentricity and large inclination angle of this accreted globular cluster could have been responsible for the relatively large amount of lost cluster mass. 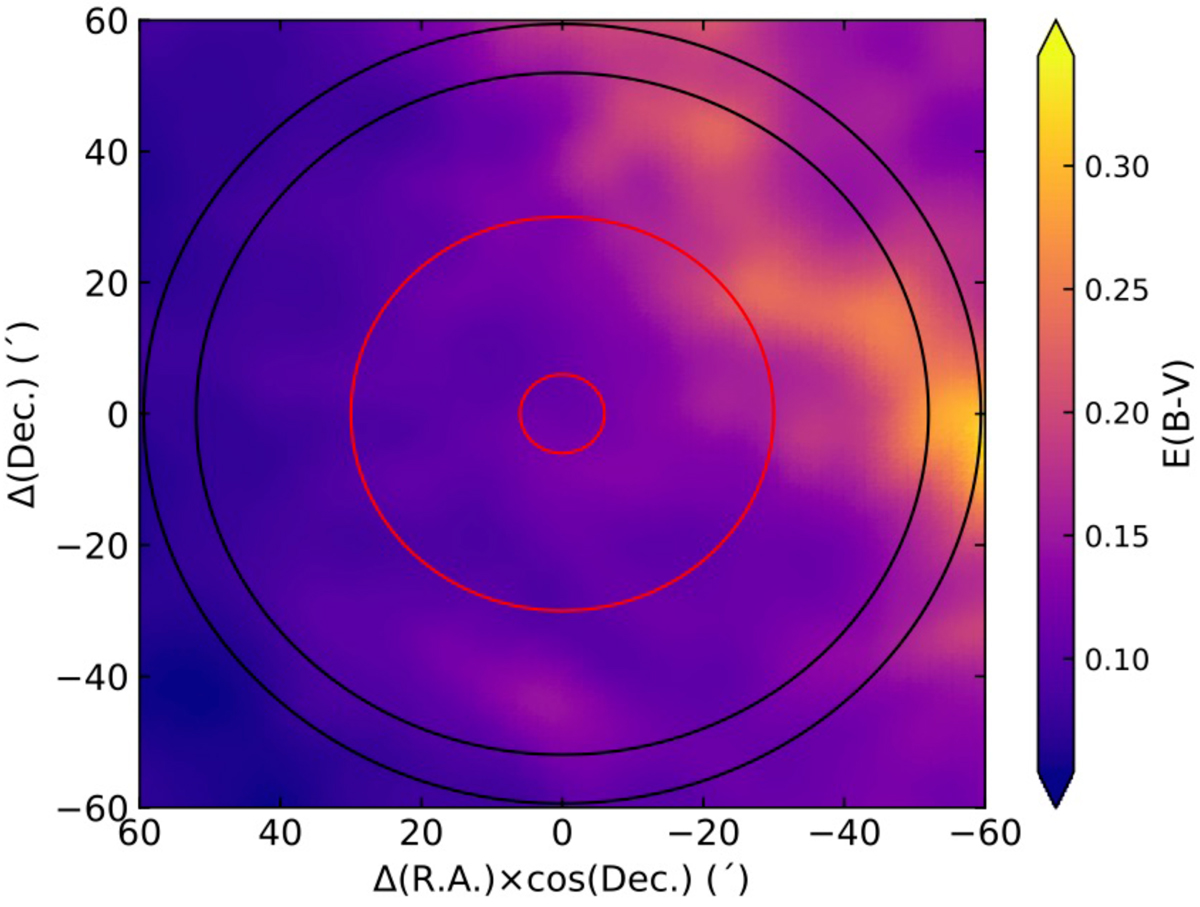