The Sun at millimeter wavelengths. I. Introduction to ALMA Band 3 observations

Context. The Atacama Large Millimeter/submillimeter Array (ALMA) started regular observations of the Sun in 2016, first offering receiver Band 3 at wavelengths near 3 mm (100 GHz) and Band 6 at wavelengths around 1.25 mm (239 GHz).
Aims: Here we present an initial study of one of the first ALMA Band 3 observations of the Sun. Our aim is to characterise the diagnostic potential of brightness temperatures measured with ALMA on the Sun.
Methods: The observation covers a duration of 48 min at a cadence of 2 s targeting a quiet Sun region at disc-centre. Corresponding time series of brightness temperature maps are constructed with the first version of the Solar ALMA Pipeline and compared to simultaneous observations with the Solar Dynamics Observatory (SDO).
Results: The angular resolution of the observations is set by the synthesised beam, an elliptical Gaussian that is approximately 1.4″ × 2.1″ in size. The ALMA maps exhibit network patches, internetwork regions, and elongated thin features that are connected to large-scale magnetic loops, as confirmed by a comparison with SDO maps. The ALMA Band 3 maps correlate best with the SDO/AIA 171 Å, 131 Å, and 304 Å channels in that they exhibit network features and, although very weak in the ALMA maps, imprints of large-scale loops. A group of compact magnetic loops is very clearly visible in ALMA Band 3. The brightness temperatures in the loop tops reach values of about 8000-9000 K and in extreme moments up to 10 000 K.
Conclusions: ALMA Band 3 interferometric observations from early observing cycles already reveal temperature differences in the solar chromosphere. The weak imprint of magnetic loops and the correlation with the 171, 131, and 304 SDO channels suggests, however, that the radiation mapped in ALMA Band 3 might have contributions from a wider range of atmospheric heights than previously assumed, but the exact formation height of Band 3 needs to be investigated in more detail. The absolute brightness temperature scale as set by total power measurements remains less certain and must be improved in the future. Despite these complications and the limited angular resolution, ALMA Band 3 observations have a large potential for quantitative studies of the small-scale structure and dynamics of the solar chromosphere. 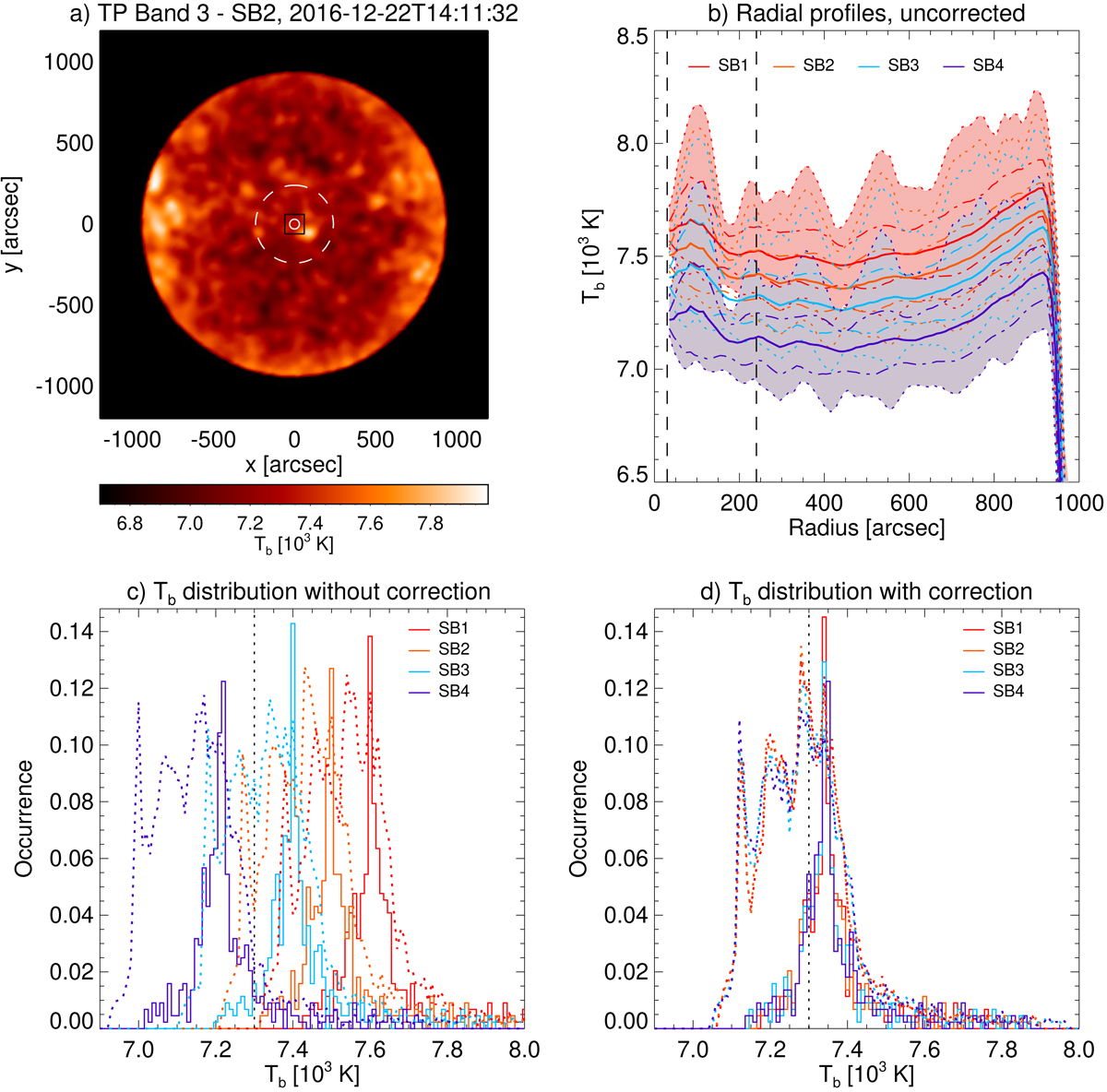