Like a spider in its web: a study of the large-scale structure around the Coma cluster

The Cosmic Web is a complex network of filaments, walls, and voids that represent the largest structures in the Universe. In this network, which is the direct result of structure formation, galaxy clusters occupy central positions that form the nodes and these are connected by filaments. In this work, we investigate the position in the Cosmic Web of one of the most well-known and best-studied clusters of galaxies, the Coma cluster. We make use of the Sloan Digital Sky Survey Data Release 7 Main Galaxy Sample and of the Discrete Persistent Structure Extractor to detect large-scale filaments around the Coma cluster and analyse the properties of the Cosmic Web. We study the network of filaments around Coma in a region of 75 Mpc in radius. We find that the Coma cluster has a median connectivity of 2.5, in agreement with measurements from clusters of similar mass in the literature as well as with what is expected from numerical simulations. Coma is indeed connected to three secure filaments which connect it to Abell 1367 and to several other clusters in the field. The location of these filaments in the vicinity of Coma is consistent with features detected in the X-ray, as well as the likely direction of infall of galaxies, such as for example NGC 4839. The overall picture that emerges of the Coma cluster is that of a highly connected structure occupying a central position as a dense node of the Cosmic Web. We also find a tentative detection, at 2.1σ significance, of the filaments in the SZ signal. 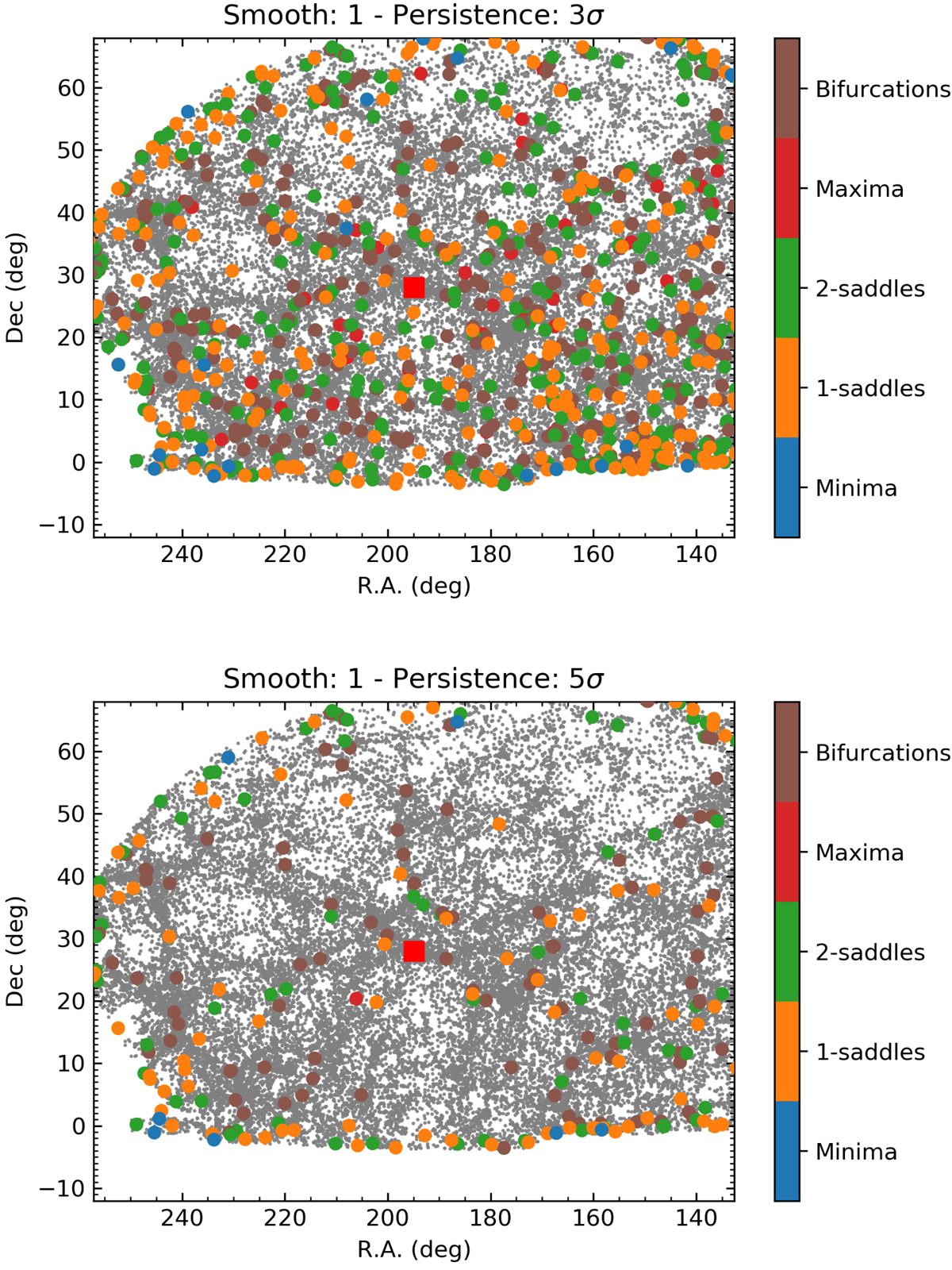