We present near-infrared interferometric data on the Seyfert 2 galaxy NGC 1068, obtained with the GRAVITY instrument on the European Southern Observatory Very Large Telescope Interferometer. The extensive baseline coverage from 5 to 60 Mλ allowed us to reconstruct a continuum image of the nucleus with an unrivaled 0.2 pc resolution in the K-band. We find a thin ring-like structure of emission with a radius r = 0.24 ± 0.03 pc, inclination i = 70 ± 5°, position angle PA = -50 ± 4°, and h/r < 0.14, which we associate with the dust sublimation region. The observed morphology is inconsistent with the expected signatures of a geometrically and optically thick torus. Instead, the infrared emission shows a striking resemblance to the 22 GHz maser disc, which suggests they share a common region of origin. The near-infrared spectral energy distribution indicates a bolometric luminosity of (0.4-4.7) × 1045 erg s-1, behind a large AK ≈ 5.5 (AV ≈ 90) screen of extinction that also appears to contribute significantly to obscuring the broad line region. 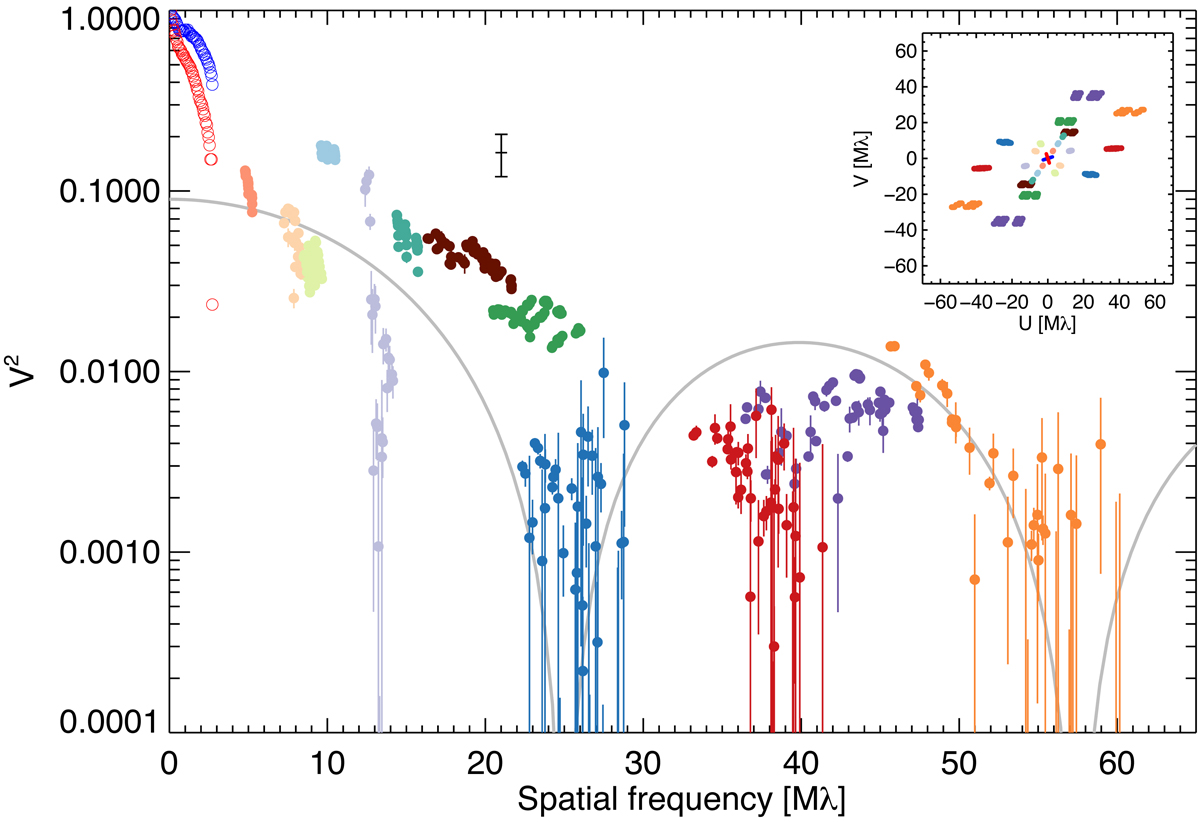