We present new 890 μm continuum ALMA observations of five brown dwarfs (BDs) with infrared excess in Lupus I and III, which in combination with four previously observed BDs allowed us to study the millimeter properties of the full known BD disk population of one star-forming region. Emission is detected in five out of the nine BD disks. Dust disk mass, brightness profiles, and characteristic sizes of the BD population are inferred from continuum flux and modeling of the observations. Only one source is marginally resolved, allowing for the determination of its disk characteristic size. We conduct a demographic comparison between the properties of disks around BDs and stars in Lupus. Due to the small sample size, we cannot confirm or disprove a drop in the disk mass over stellar mass ratio for BDs, as suggested for Ophiuchus. Nevertheless, we find that all detected BD disks have an estimated dust mass between 0.2 and 3.2 M⊙; these results suggest that the measured solid masses in BD disks cannot explain the observed exoplanet population, analogous to earlier findings on disks around more massive stars. Combined with the low estimated accretion rates, and assuming that the mm-continuum emission is a reliable proxy for the total disk mass, we derive ratios of Ṁacc/Mdisk that are significantly lower than in disks around more massive stars. If confirmed with more accurate measurements of disk gas masses, this result could imply a qualitatively different relationship between disk masses and inward gas transport in BD disks. 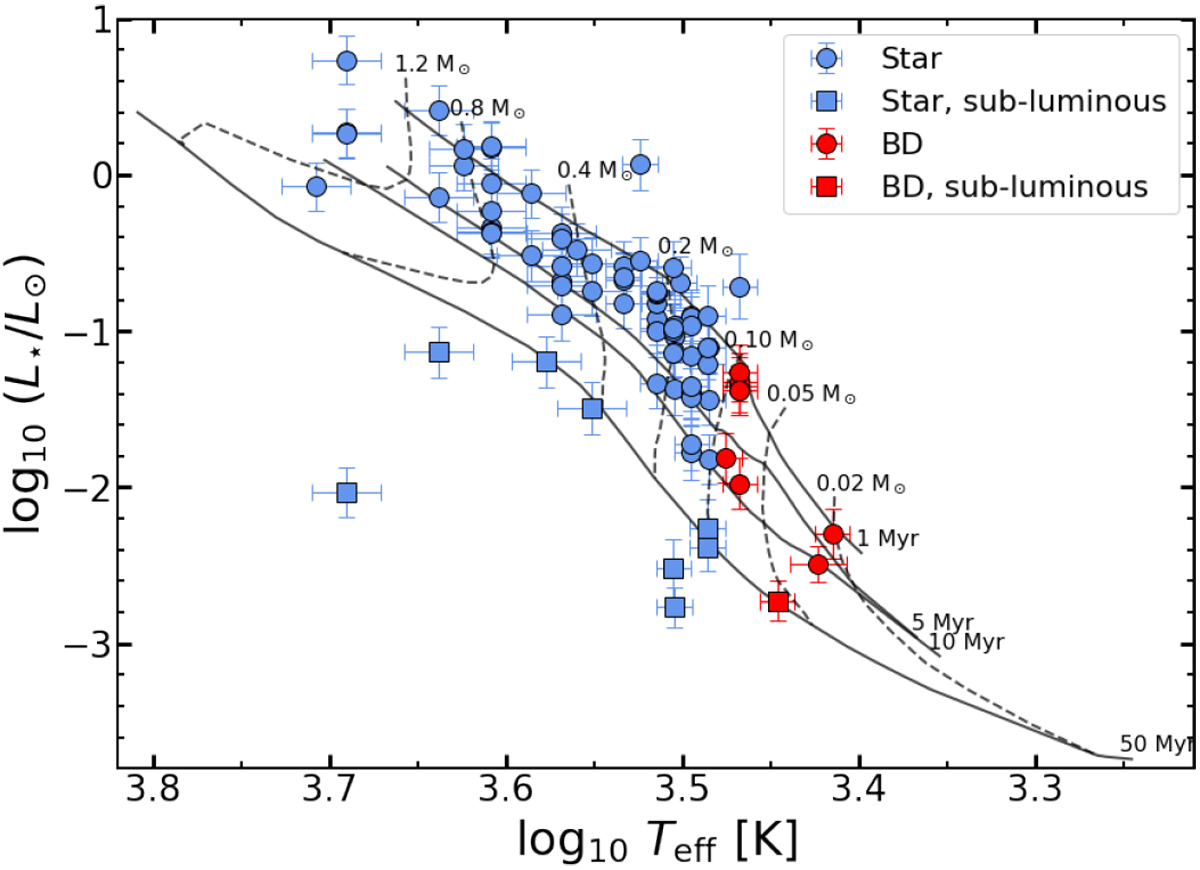