Context. Cosmic rays (CRs), which constantly bombard planetary magnetic fields and atmospheres, are the primary driver of atmospheric spallation processes. The higher the energy of these particles, the deeper they penetrate the planetary atmosphere, and the more likely interactions become with the ambient atmospheric material and the evolution of secondary particle showers.
Aims: As recently discussed in the literature, CRs are the dominant driver of the Venusian atmospheric ionization and the induced radiation dose below 100 km. In this study, we model the atmospherically absorbed dose and the dose equivalent to the effect of cosmic rays in the context of Venusian habitability.
Methods: The Atmospheric Radiation Interaction Simulator was used to model the altitude-dependent Venusian absorbed dose and the Venusian dose equivalent. For the first time, we modeled the dose rates for different shape-, size-, and composition-mimicking detectors (phantoms): a CO2-based phantom, a water-based microbial cell, and a phantom mimicking human tissue.
Results: Based on our new model approach, we give a reliable estimate of the altitude-dependent Venusian radiation dose in water-based microorganisms here for the first time. These microorganisms are representative of known terrestrial life. We also present a detailed analysis of the influence of the strongest ground-level enhancements measured at the Earth's surface, and of the impact of two historic extreme solar events on the Venusian radiation dose. Our study shows that because a phantom based on Venusian air was used, and because furthermore, the quality factors of different radiation types were not taken into account, previous model efforts have underestimated the radiation hazard for any putative Venusian cloud-based life by up to a factor of five. However, because we furthermore show that even the strongest events would not have had a hazardous effect on putative microorganisms within the potentially habitable zone (51-62 km), these differences may play only a minor role. 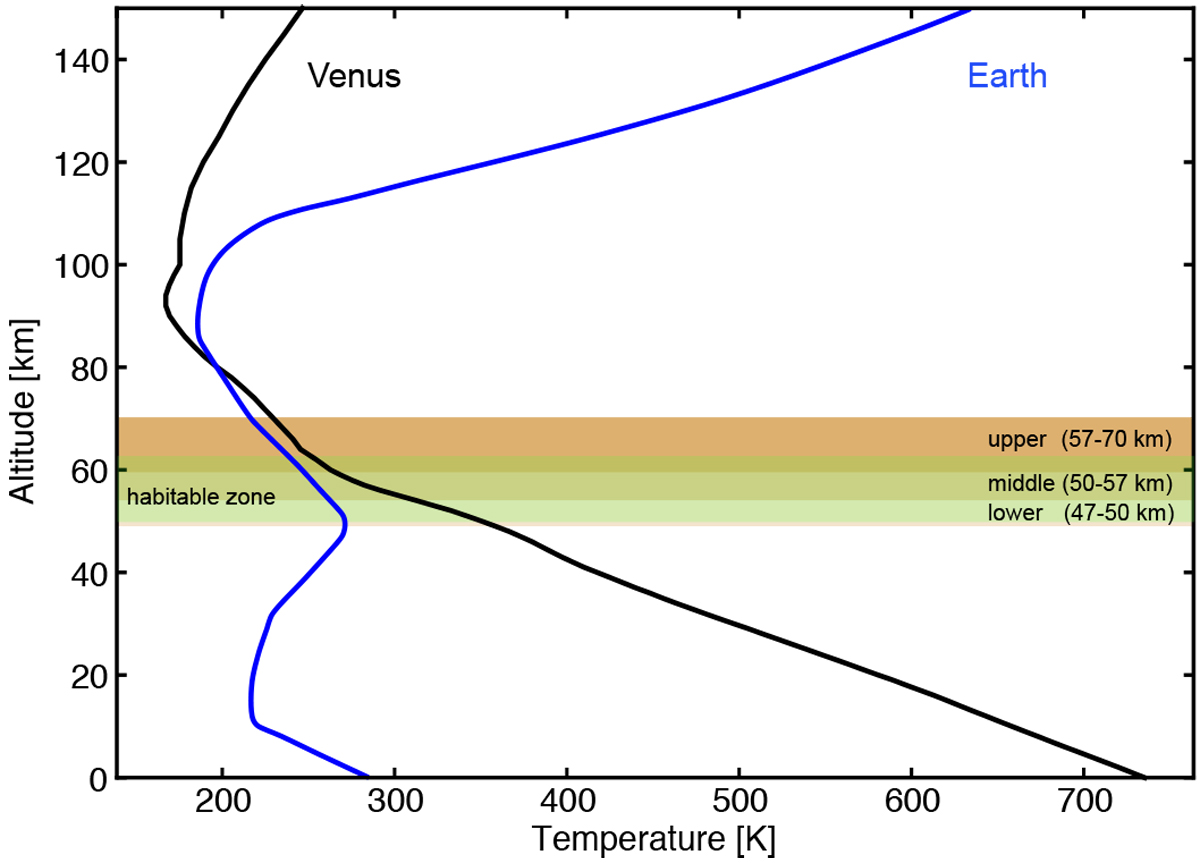