The extended molecular envelope of the asymptotic giant branch star π1 Gruis as seen by ALMA. II. The spiral-outflow observed at high-angular resolution

Context. This study is a follow up to the previous analysis of lower-angular resolution data in which the kinematics and structure of the circumstellar envelope (CSE) around the S-type asymptotic giant branch (AGB) star π1 Gruis were investigated. The AGB star has a known companion (at a separation of 400 AU) that cannot explain the strong deviations from spherical symmetry of the CSE. Recently, hydrodynamic simulations of mass transfer in closer binary systems have successfully reproduced the spiral-shaped CSEs found around a handful of sources. There is growing evidence for an even closer, undetected companion complicating the case of π1 Gruis further.
Aims: The improved spatial resolution allows for the investigation of the complex circumstellar morphology and the search for imprints on the CSE of the third component.
Methods: We have observed the 12CO J = 3-2 line emission from π1 Gruis using both the compact and extended array of Atacama Large Millimeter/submillimeter Array (ALMA). The interferometric data have furthermore been combined with data from the ALMA total power array. The imaged brightness distribution has been used to constrain a non-local, non-local thermodynamic equilibrium 3D radiative transfer model of the CSE.
Results: The high-angular resolution ALMA data have revealed the first example of a source on the AGB where both a faster bipolar outflow and a spiral pattern along the orbital plane can be seen in the gas envelope. The spiral can be traced in the low- to intermediate-velocity (13-25 km s-1) equatorial torus. The largest spiral-arm separation is ≈5.''5 and consistent with a companion with an orbital period of ≈330 yr and a separation of less than 70 AU. The kinematics of the bipolar outflow is consistent with it being created during a mass-loss eruption where the mass-loss rate from the system increased by at least a factor of five for 10-15 yr.
Conclusions: The spiral pattern is the result of an undetected companion. The bipolar outflow is the result of a rather recent mass-loss eruption event. 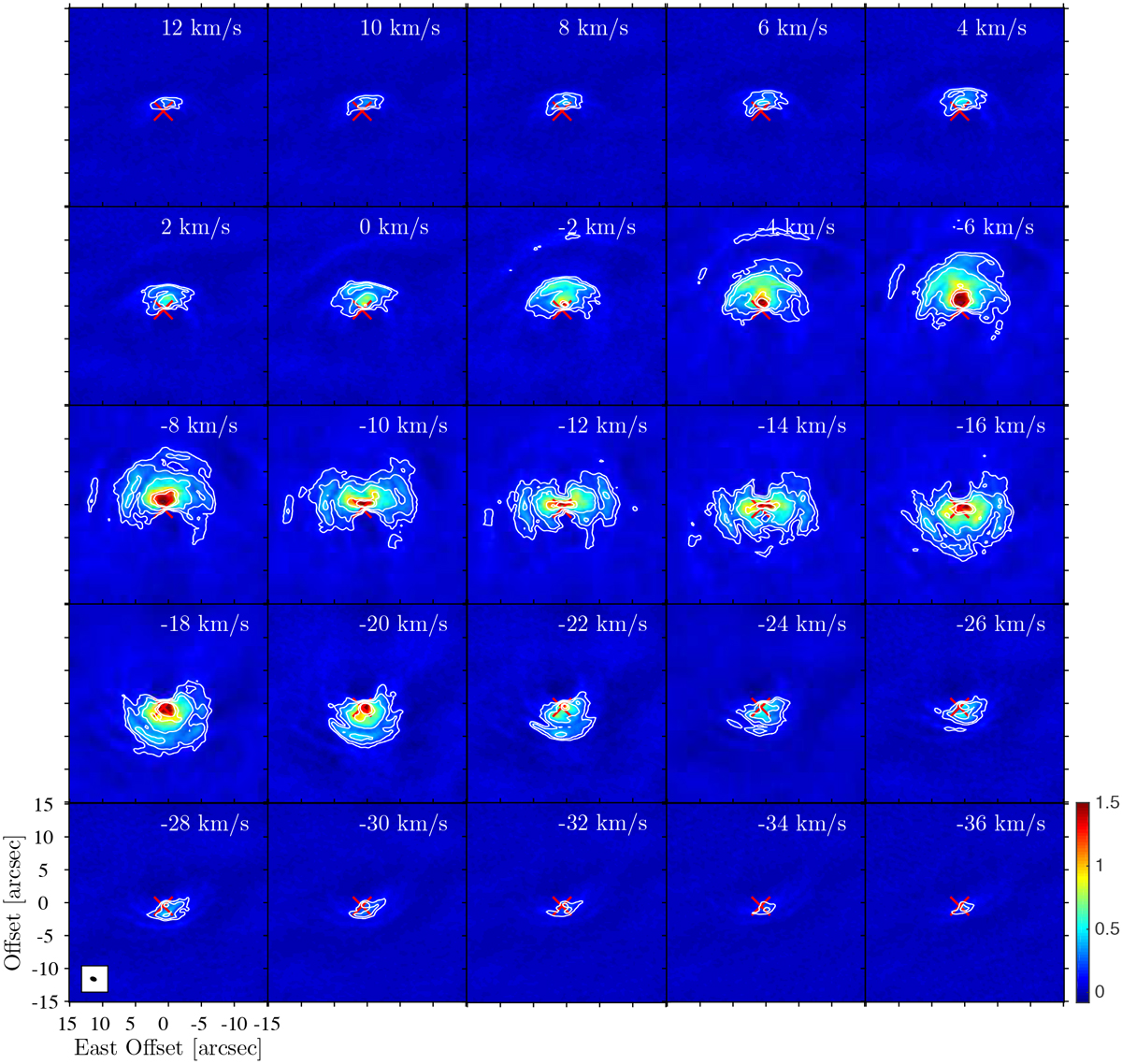