Voyage through the Hidden Physics of the Cosmic Web

The majority of the ordinary matter in the local Universe has been heated by strong structure formation shocks and resides in a largely unexplored hot, diffuse, X-ray emitting plasma that permeates the halos of galaxies, galaxy groups and clusters, and the cosmic web. We propose a next-generation "Cosmic Web Explorer" that will permit a complete and exhaustive understanding of these unseen baryons. This will be the first mission capable to reach the accretion shocks located several times farther than the virial radii of galaxy clusters, and reveal the out-of-equilibrium parts of the intra-cluster medium which are live witnesses to the physics of cosmic accretion. It will also enable a view of the thermal, kinematic, and chemical composition of the circum-galactic medium in galaxies with masses similar to the Milky Way, at the same level of detail that $Athena$ will unravel for the virialized regions of massive galaxy clusters, delivering a transformative understanding of the evolution of those galaxies in which most of the stars and metals in the Universe were formed. Finally, the proposed X-ray satellite will connect the dots of the large-scale structure by mapping, at high spectral resolution, as much as 100% of the diffuse gas hotter than $10^6$ K that fills the filaments of the cosmic web at low redshifts, down to an over-density of 1, both in emission and in absorption against the ubiquitous cosmic X-ray background, surveying up to half of the sky over 5 years in orbit. This requires a large effective area (~10 m$^2$ at 1 keV) over a large field of view (~1 deg$^2$), a megapixel cryogenic microcalorimeter array providing integral field spectroscopy with a resolving power $E/\Delta E$ = 2000 at 0.6 keV and a spatial resolution of 5" in the soft X-ray band, and a Low-Earth orbit that ensures a stable instrumental background and high sensitivity to faint, extended emission. 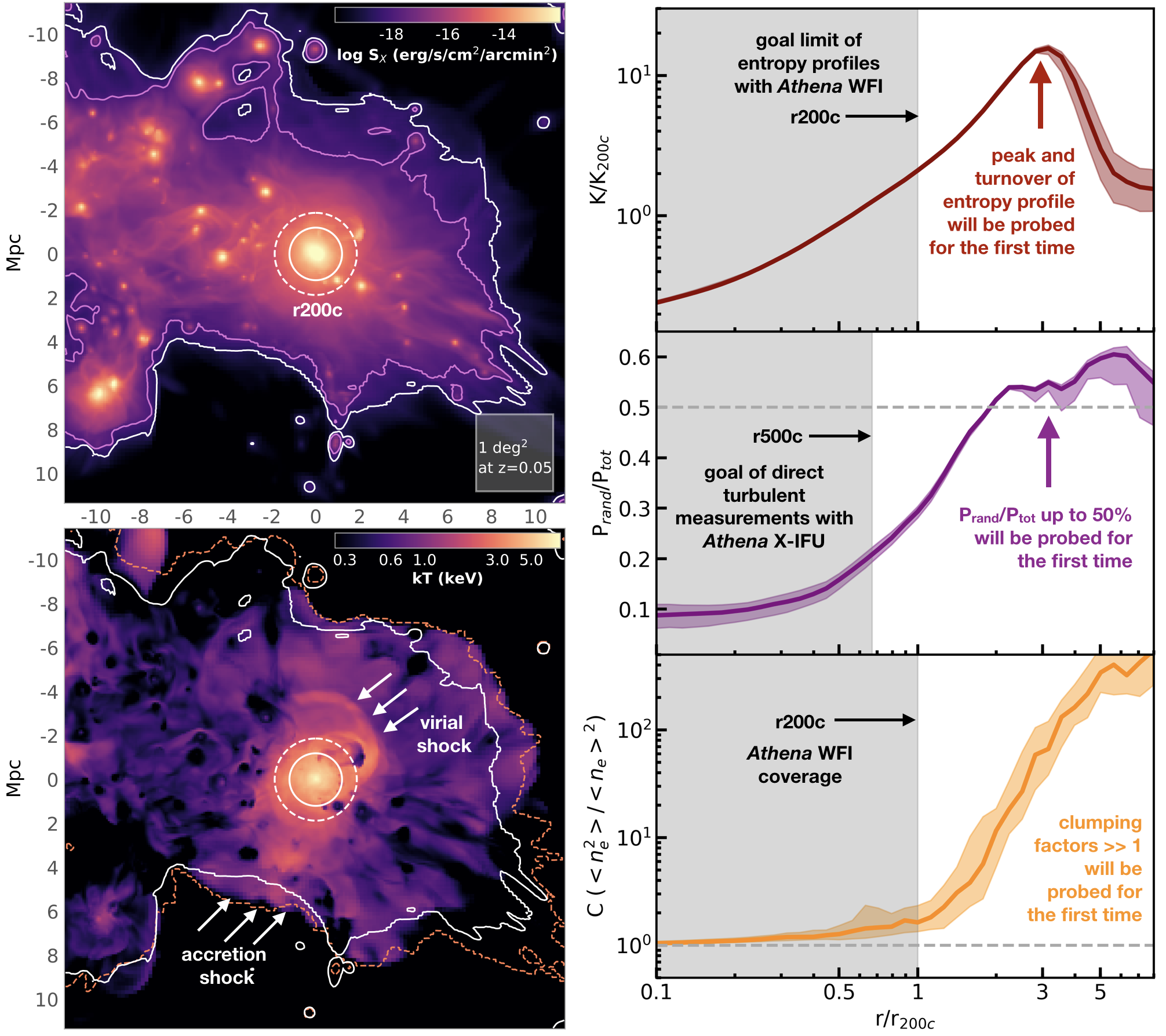