The Two-body problem of $M31$ and the Milky Way (MW) galaxies with a Cosmological Constant background is studied, with emphasis on the possibility that they experienced Past Encounters. By implementing the Timing Argument (TA), it is shown that if $M{31}$ and the MW have had more than one encounter then the deduced mass of the Local Group (LG) would be larger. Past encounters are possible only for non-zero transverse velocity, and their viability is subject to observations of the imprints of such near collisions. Using a recent $Gaia$ - based measurement of the transverse velocity we show that the presence of the Cosmological Constant requires the mass for the LG to be $35\%$ higher: $3.36^{+1.14}_{-0.70} \cdot 10^{12} M_{\odot}$ with no Cosmological Constant or $4.54^{+1.20}_{-0.75} \cdot 10^{12} M_{\odot}$ with a Cosmological Constant background. If the LG has had one past encounter, the LG mass is $9.99^{+2.22}_{-1.58}\cdot 10^{12} M_{\odot}$ with a Cosmological Constant background. Modified Newtonian Dynamics (MOND) is studied as the accelerations of the Local Group are fully in the deep-MOND regime. MOND yields the order of magnitude for the expected baryonic mass only if at least one encounter occurred. While we only consider the LG as two point masses, our calculations provide a benchmark for future work with simulations to test Dynamical Friction and other effects. This model can be also used to test screening mechanisms and alternative theories of gravity. 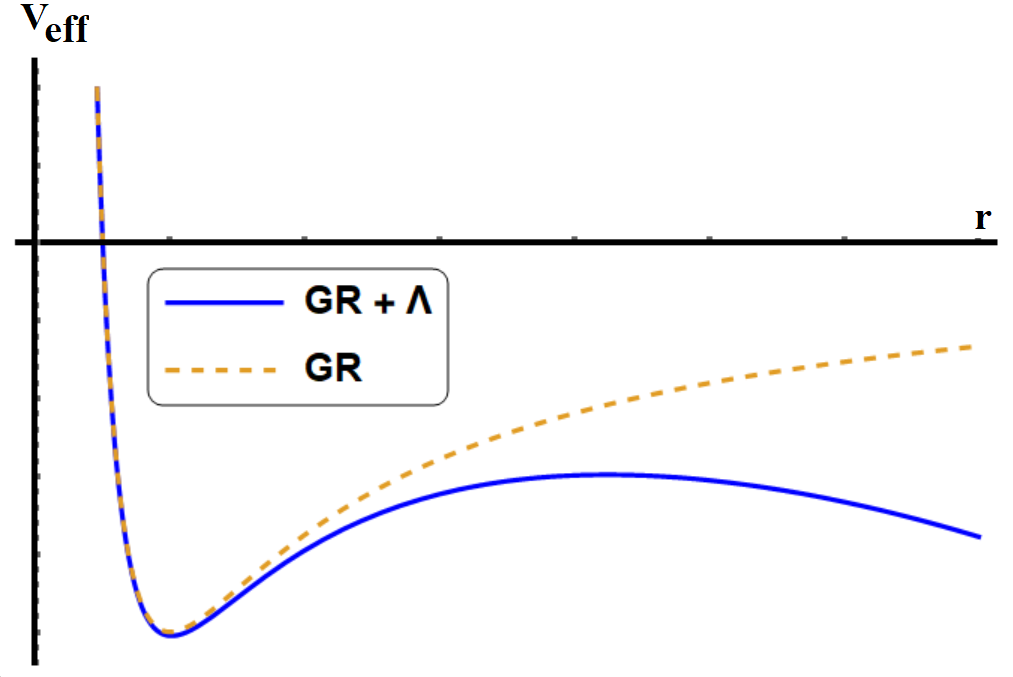