We report on the radio brightening of the blazar TXS 0506+056 (at z = 0.3365), and we support its identification by the IceCube Neutrino Observatory as a source of the high-energy (HE) neutrino IC-170922A. Data from the Monitoring Of Jets in AGN with VLBA Experiments (MOJAVE)/Very Long Baseline Array (VLBA) survey indicate that its radio brightness has abruptly increased since 2016 January. When decomposing the total radio flux density curve (in the period 2008 January to 2018 July), provided by the Owens Valley Radio Observatory, into eight Gaussian flares, the peak time of the largest flare overlaps with the HE neutrino detection, while the total flux density has exhibited a threefold increase since 2016 January. We reveal the radio structure of TXS 0506+056 by analysing very long baseline interferometry (VLBI) data from the MOJAVE/VLBA survey. The jet components maintain quasi-stationary core separations. The structure of the ridge line is indicative of a jet curve in the region 0.5-2 mas (2.5-9.9 pc projected) from the VLBI core. The brightness temperature of the core and the pc-scale radio morphology support a helical jet structure at small inclination angle (<8.2°). The jet pointing towards the Earth is a key property facilitating multimessenger observations (HE neutrinos, γ-rays and radio flares). The radio brightening preceding the detection of a HE neutrino is similar to the one reported for the blazar PKS 0723-008 and IceCube event ID5. 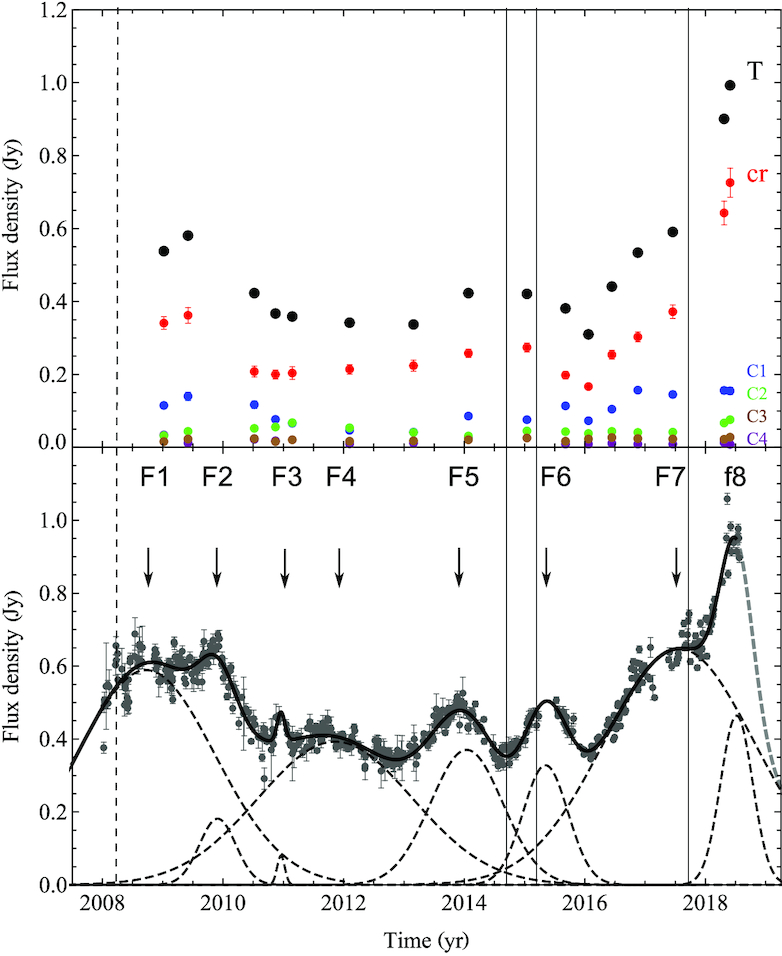