Whether stars could have driven the reionization of the intergalactic medium depends critically on the proportion of ionizing radiation that escapes the galaxies in which it is produced. Spectroscopy of gamma-ray burst (GRB) afterglows can be used to estimate the opacity to extreme ultraviolet (EUV) radiation along the lines-of-sight to the bursts. Assuming that long-duration GRBs trace the locations of the massive stars dominating EUV production, the average escape fraction of ionizing radiation can be calculated independently of galaxy size or luminosity. Here we present a compilation of H I column density (N_{H I}) measures for 140 GRBs in the range 1.6 < z < 6.7. Although the sample is heterogeneous, in terms of spectral resolution and signal-to-noise ratio, fits to the Ly α absorption line provide robust constraints on N_{H I}, even for spectra of insufficient quality for other purposes. Thus we establish an escape fraction at the Lyman limit of <fesc> ≈ 0.005, with a 98 per cent confidence upper limit of <fesc> ≈ 0.015. This analysis suggests that stars provide a small contribution to the ionizing radiation budget at z < 5. At higher redshifts firm conclusions are limited by the small size of the GRB sample (7/140), but any decline in average H I column density seems to be modest. We also find no significant correlation of N_{H I} with galaxy UV luminosity or host stellar mass. We discuss in some detail potential biases and argue that, while not negligible, systematic errors in fesc are unlikely to be more than a factor ̃2 in either direction, and so would not affect the primary conclusions. Given that many GRB hosts are low-metallicity dwarf galaxies with high specific star-formation rates, these results present a particular problem for the hypothesis that such galaxies dominated the reionization of the Universe. 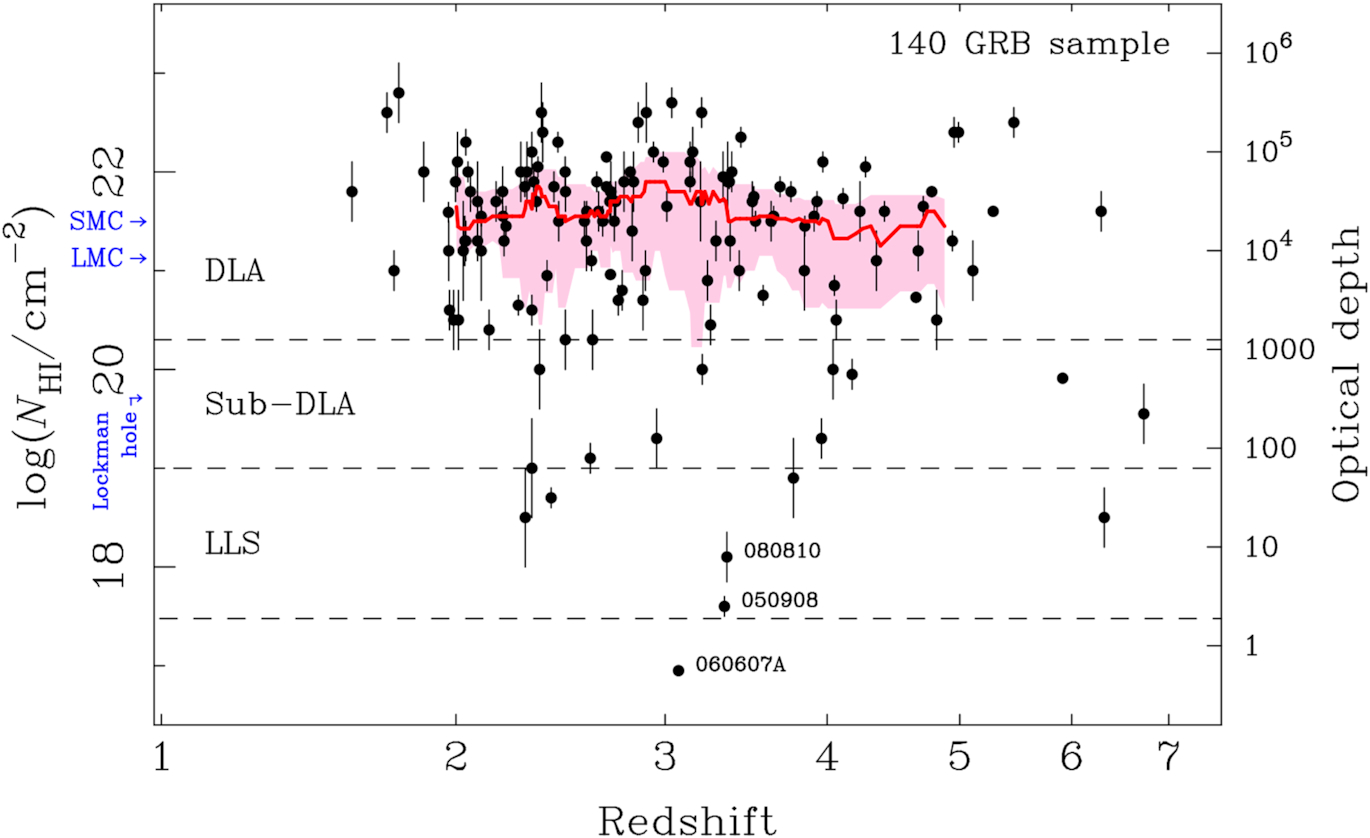