We investigate the influence of environment on the cold-gas properties of galaxies at z = 0 within the TNG100 cosmological, magnetohydrodynamic simulation, part of the IllustrisTNG suite. We extend previous post-processing methods for breaking gas cells into their atomic and molecular phases, and build detailed mocks to comprehensively compare to the latest surveys of atomic hydrogen (H I) in nearby galaxies, namely ALFALFA and xGASS. We use TNG100 to explore the H I content, star formation activity, and angular momentum of satellite galaxies, each as a function of environment, and find that satellites are typically a factor of ≳3 poorer in H I than centrals of the same stellar mass, with the exact offset depending sensitively on parent halo mass. Due to the large physical scales on which H I measurements are made (∼45-245 kpc), contributions from gas not bound to the galaxy of interest but in the same line of sight crucially lead to larger H I mass measurements in the mocks in many cases, ultimately aligning with observations. This effect is mass-dependent and naturally greater for satellites than centrals, as satellites are never isolated by definition. We also show that H I stripping in TNG100 satellites is closely accompanied by quenching, in tension with observational data that instead favour that H I is preferentially stripped before star formation is reduced. 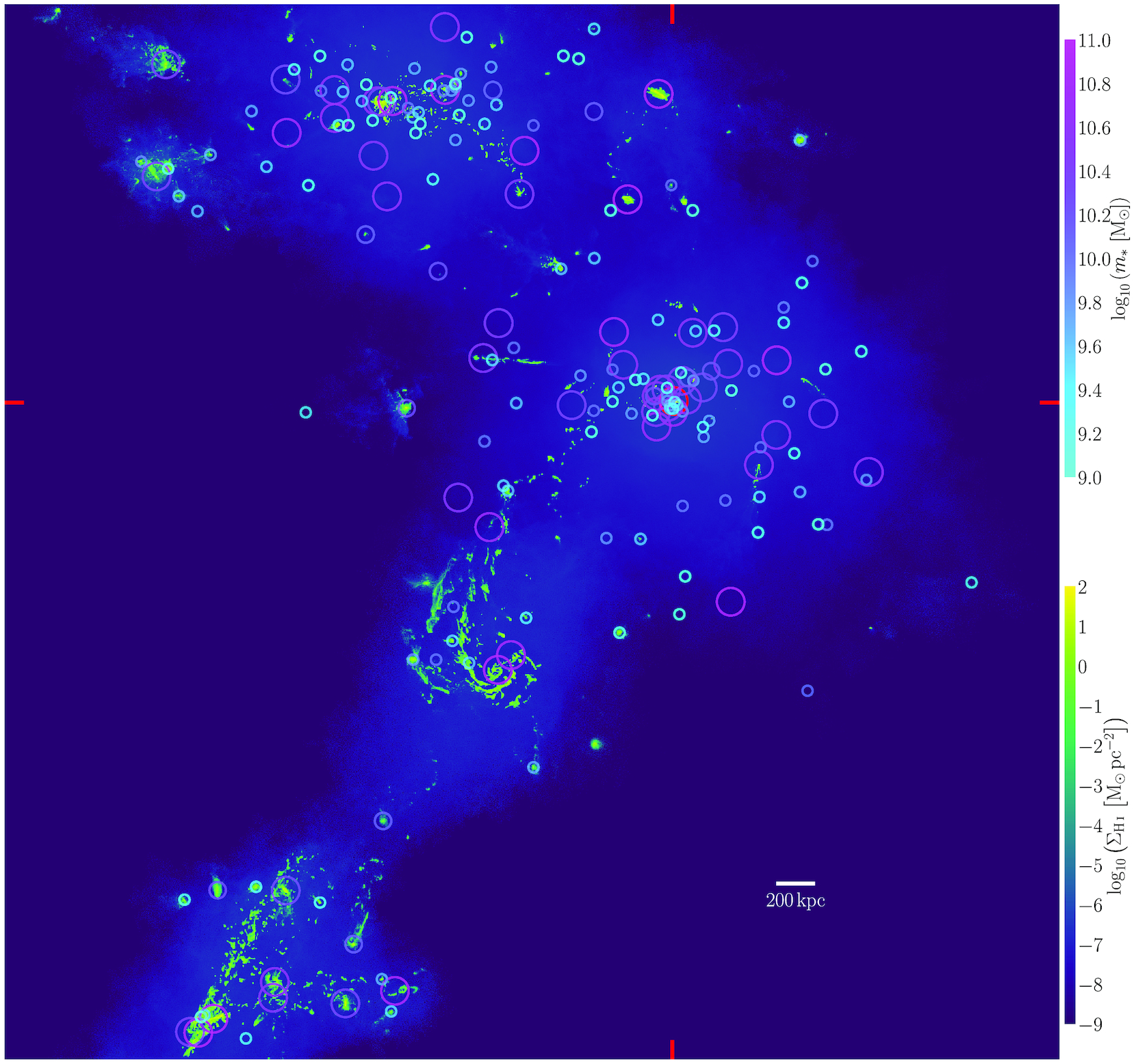