With a projected size of about 450 kpc at z ≃ 2.3, the Slug Ly α nebula is a rare laboratory to study, in emission, the properties of the intergalactic gas in the Cosmic Web. Since its discovery, the Slug has been the subject of several spectroscopic follow-ups to constrain the properties of the emitting gas. Here we report the results of a deep MUSE integral-field spectroscopic search for non-resonant, extended He II λ 1640 and metal emission. Extended He II radiation is detected on scales of about 100 kpc, but only in some regions associated with the bright Ly α emission and a continuum-detected source, implying large and abrupt variations in the line ratios across adjacent regions in projected space. The recent detection of associated H α emission and similar abrupt variations in the Ly α kinematics, strongly suggest that the He II/Ly α gradient is due to large variations in the physical distances between the associated quasar and these regions. This implies that the overall length of the emitting structure could extend to physical Mpc scales and be mostly oriented along our line of sight. At the same time, the relatively low He II/Ly α values suggest that the emitting gas has a broad density distribution that - if expressed in terms of a lognormal - implies dispersions as high as those expected in the interstellar medium of galaxies. These results strengthen the possibility that the density distribution of intergalactic gas at high redshift is extremely clumpy and multiphase on scales below our current observational spatial resolution of a few physical kpc. 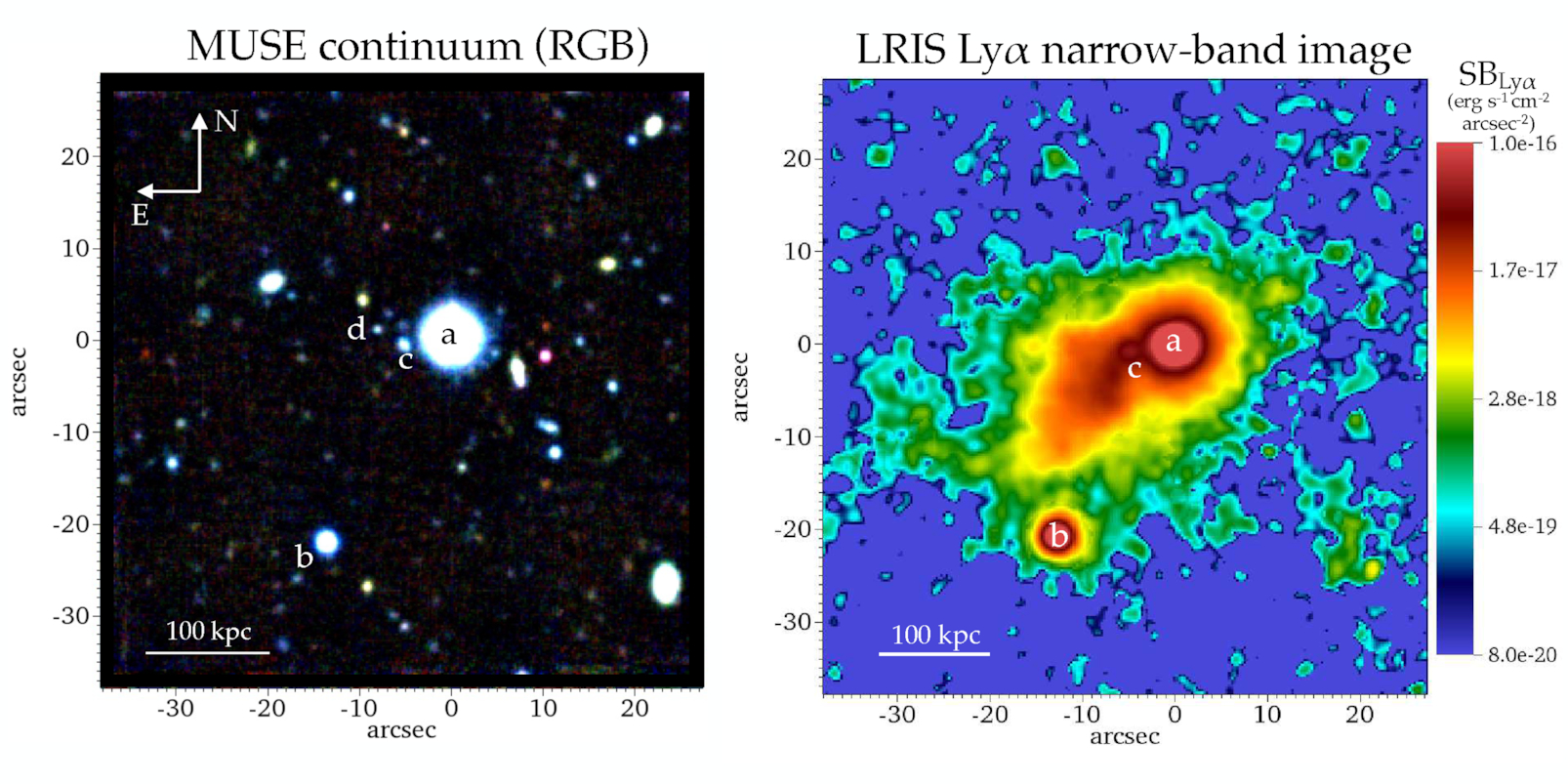