We present the distributions of elemental abundance ratios using chemodynamical simulations that include four different neutron capture processes: magnetorotational supernovae, neutron star mergers, neutrino-driven winds, and electron-capture supernovae. We examine both simple isolated dwarf disc galaxies and cosmological zoom-in simulations of Milky Way-type galaxies, and compare the [Eu/Fe] and [Eu/α] evolution with recent observations, including the Galactic Archaeology with HERMES (GALAH) survey. We find that neither electron-capture supernovae nor neutrino-driven winds are able to adequately produce heavy neutron capture elements such as Eu in quantities to match observations. Both neutron star mergers and magnetorotational supernovae are able to produce these elements in sufficient quantities. Additionally, we find that the scatter in [Eu/Fe] and [Eu/α] at low metallicity ([Fe/H] < -1) and the [Eu/(Fe, α)] against [Fe/H] gradient of the data at high metallicity ([Fe/H] > -1) are both potential indicators of the dominant r-process site. Using the distribution in [Eu/(Fe, α)]-[Fe/H], we predict that neutron star mergers alone are unable to explain the observed Eu abundances, but may be able to together with magnetorotational supernovae. 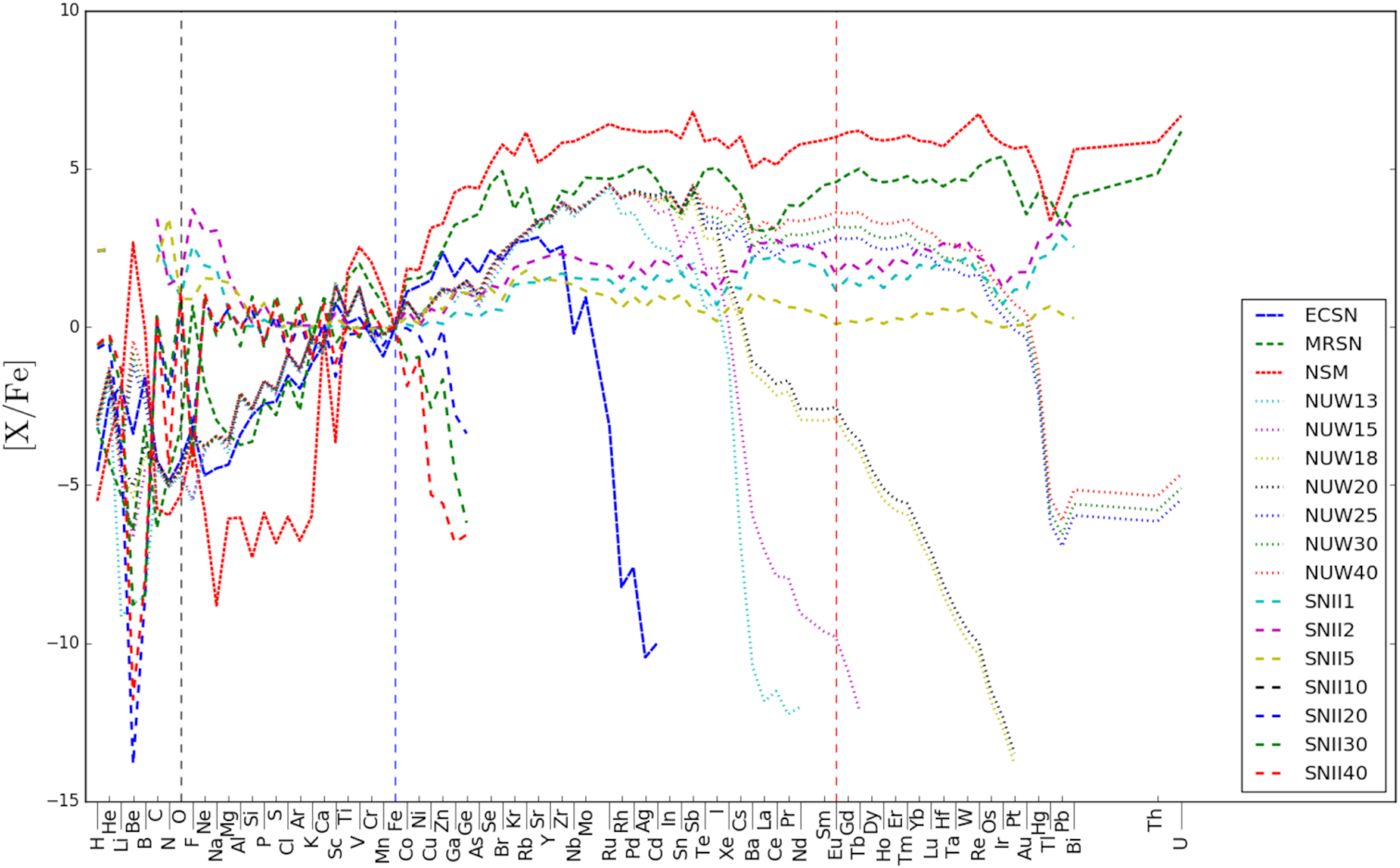