A re-establishing jet during an X-ray re-brightening of the Be/X-ray binary Swift J0243.6+6124

Transient Be/X-ray binary systems, wherein a compact object accretes from a Be-companion star, can show giant and periastron outbursts. During the decay of their giant outbursts, some Be/X-ray binaries also show X-ray re-brightenings, the origin of which is not understood. Recently, we presented the discovery of a jet from a neutron star Be/X-ray binary, observed during the giant outburst of Swift J0243.6+6124. Here, we present continued radio monitoring of its 2017/2018 giant outburst decay and a re-brightening of this source. During the former, we observe a radio flare with a steep radio spectrum, possibly caused by interactions between discrete ejecta colliding with the pre-existing jet or the surrounding medium. During the X-ray re-brightening, we observe the radio jet turning on and off within days. Surprisingly, this re-establishing jet is as bright in radio as at the peak of the super-Eddington giant outburst, despite more than 2 orders of magnitude lower X-ray luminosity. In addition, the jet is only observed when the X-ray luminosity exceeds approximately 2× 10^{36} (D/5 kpc)^2 erg s-1. We discuss how such an X-ray threshold for jet launching might be related to the presence of a magnetic centrifugal barrier at lower mass accretion rates. We also discuss the implications of our results for the launch of jets from strongly magnetized neutron stars, and explore future avenues to exploit the new possibility of coordinated X-ray/radio studies of neutron star Be/X-ray binaries. 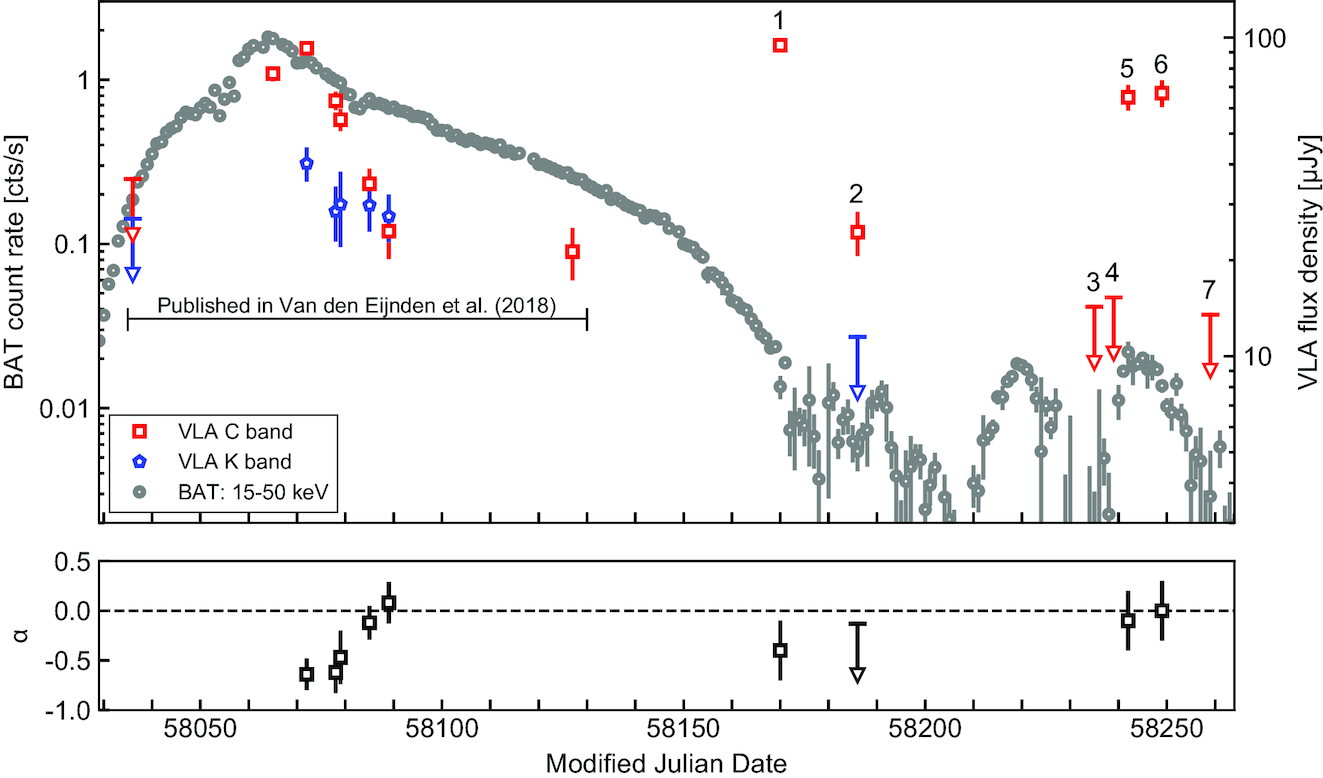