We studied the Class I protostar 2MASS 22352345 + 7517076 whose dramatic brightening between the IRAS, Akari, and WISE surveys was reported by Onozato et al. 2MASS 22352345+7517076 is a member of a small group of low-mass young stellar objects, associated with IRAS 22343 + 7501 in the molecular cloud Lynds 1251. The IRAS, ISO, Spitzer, Akari, Herschel, and WISE missions observed different stages of its outburst. Supplemented these data with archival and our own near-infrared observations, and considering the contributions of neighbouring sources to the mid-infrared fluxes we studied the nature and environment of the outbursting object, and its photometric variations from 1983 to 2017. The low-state bolometric luminosity Lbol≈32 L☉ is indicative of a 1.6-1.8 M☉, 1-2 × 105-yr old protostar. Its 2-μm brightness started rising between 1993 and 1998, reached a peak in 2009-2011, and started declining in 2015. Changes in the spectral energy distribution suggest that the outburst was preceded by a decade-long, slow brightening in the near-infrared. The actual accretion burst occurred between 2004 and 2007. We fitted the spectral energy distribution in the bright phases with simple accretion disc models. The modelling suggested an increase of the disc accretion rate from ̃3.5 × 10-7 M☉ yr-1 to ̃1.1 × 10-4 M☉ yr-1. The central star accreted nearly 10-3 M☉, about a Jupiter mass during the 10 yr of the outburst. We observed H2 emission lines in the K-band spectrum during the fading phase in 2017. The associated optical nebulosity RNO 144 and the Herbig-Haro object HH 149 have not exhibited significant variation in shape and brightness during the outburst. 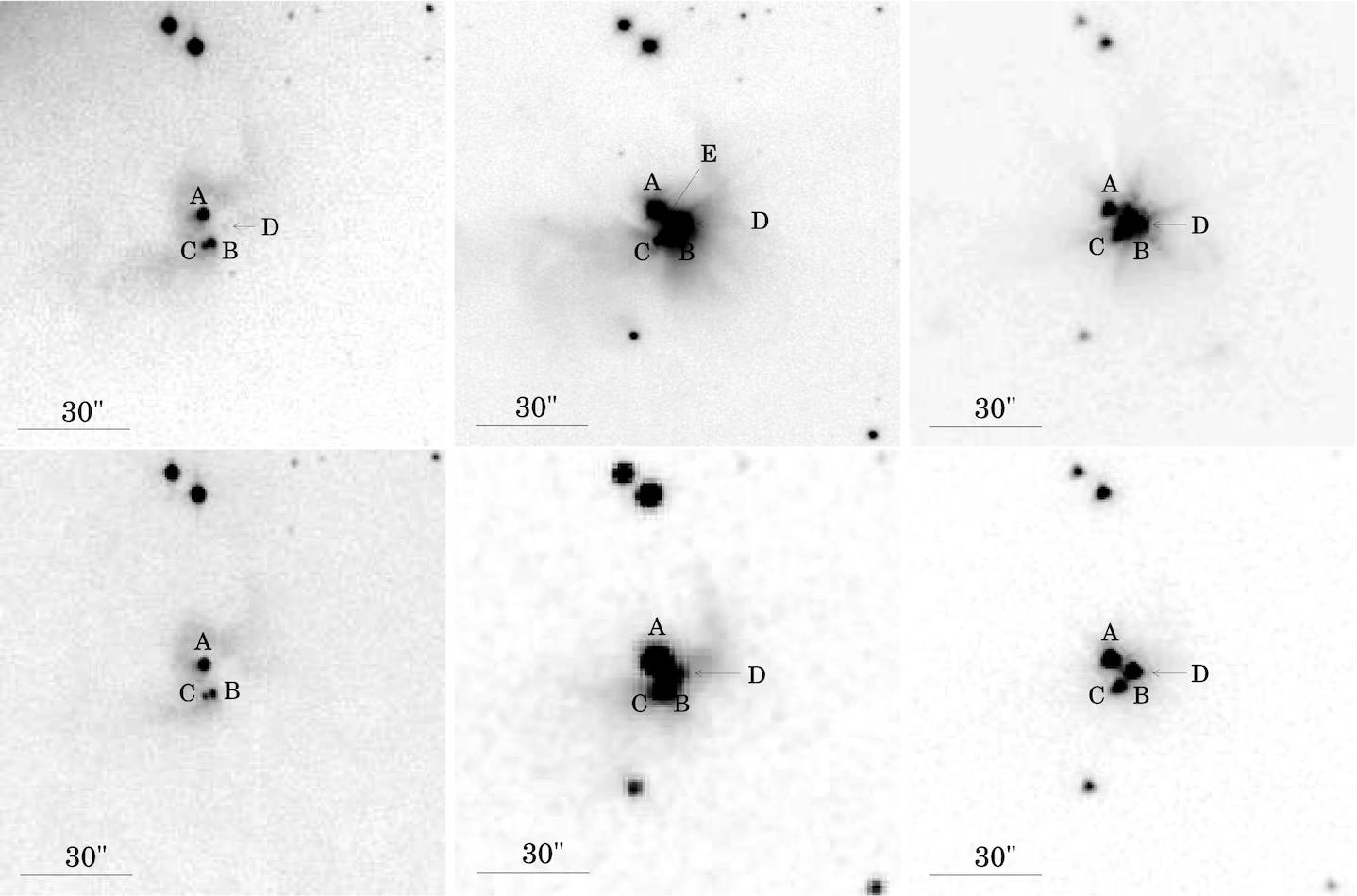