A new outburst of the yellow hypergiant star ρ Cas

Yellow hypergiants are evolved massive stars that were suggested to be in post-red supergiant stage. Post-red supergiants that evolve back to the blue, hot side of the Hertzsprung-Russell diagram can intersect a temperature domain in which their atmospheres become unstable against pulsations (the Yellow Void or Yellow Wall), and the stars can experience outbursts with short, but violent mass eruptions. The yellow hypergiant ρ Cas is famous for its historical and recent outbursts, during which the star develops a cool, optically thick wind with a very brief but high mass-loss rate, causing a sudden drop in the light curve. Here, we report on a new outburst of ρ Cas that occurred in 2013, accompanied by a temperature decrease of ∼3000 K and a brightness drop of 0.6 mag. During the outburst, TiO bands appear together with many low excitation metallic atmospheric lines characteristic for a later spectral type. With this new outburst, it appears that the time interval between individual events decreases, which might indicate that ρ Cas is preparing for a major eruption that could help the star to pass through the Yellow Void. We also analysed the emission features that appear during phases of maximum brightness and find that they vary synchronous with the emission in the prominent [Ca II] lines. We conclude that the occasionally detected emission in the spectra of ρ Cas, as well as certain asymmetries seen in the absorption lines of low to medium-excitation potential, are circumstellar in nature, and we discuss the possible origin of this material. 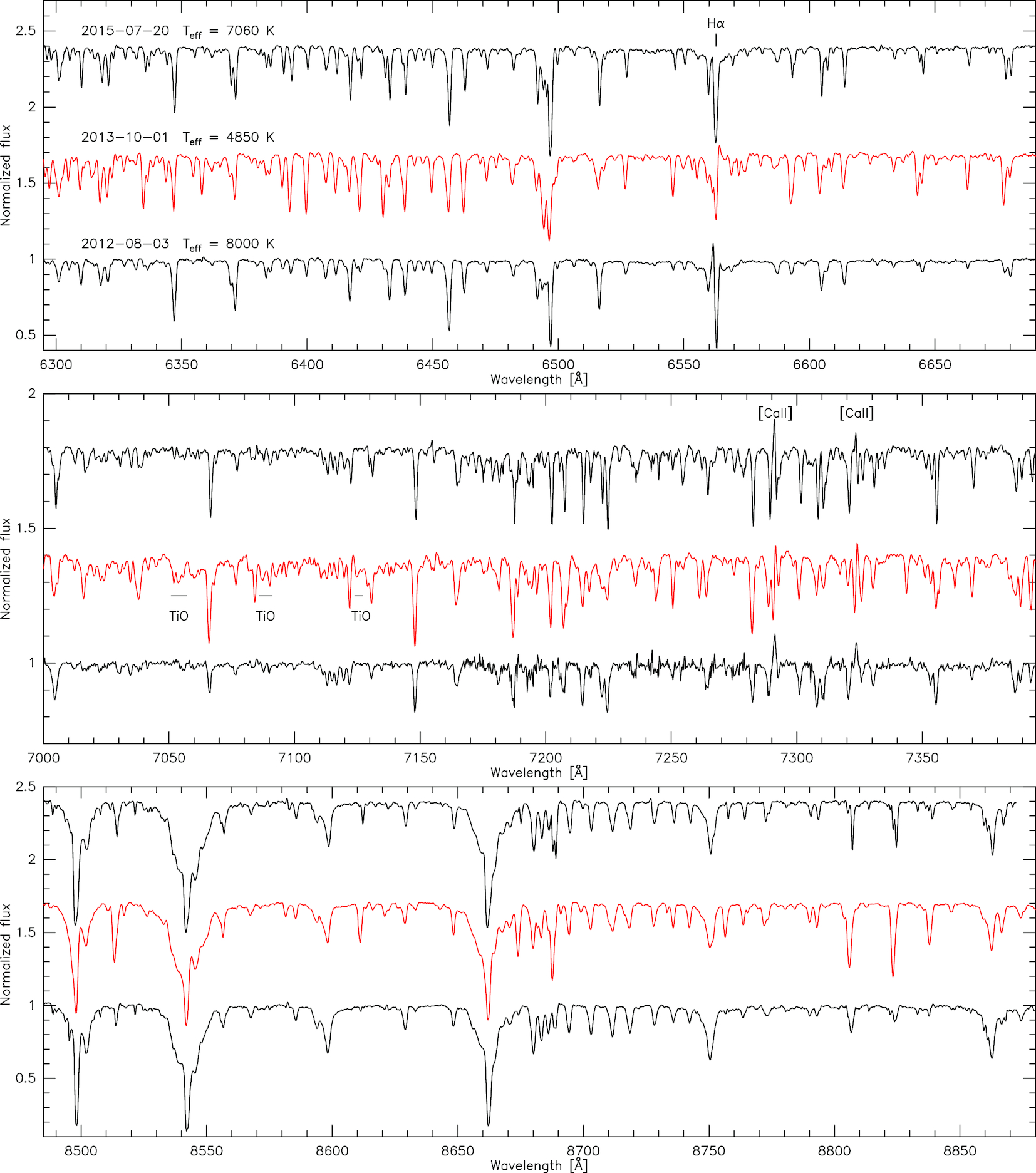