We have performed a new search for radio pulsars in archival data of the intermediate and high Galactic latitude parts of the Southern High Time Resolution Universe pulsar survey. This is the first time the entire dataset has been searched for binary pulsars, an achievement enabled by GPU-accelerated dedispersion and periodicity search codes nearly 50 times faster than the previously used pipeline. Candidate selection was handled entirely by a Machine Learning algorithm, allowing for the assessment of 17.6 million candidates in a few person-days. We have also introduced an outlier detection algorithm for efficient radio-frequency interference (RFI) mitigation on folded data, a new approach that enabled the discovery of pulsars previously masked by RFI. We discuss implications for future searches, particularly the importance of expanding work on RFI mitigation to improve survey completeness. In total, we discovered 23 previously unknown sources, including 6 millisecond pulsars and at least 4 pulsars in binary systems. We also found an elusive but credible redback candidate that we have yet to confirm. 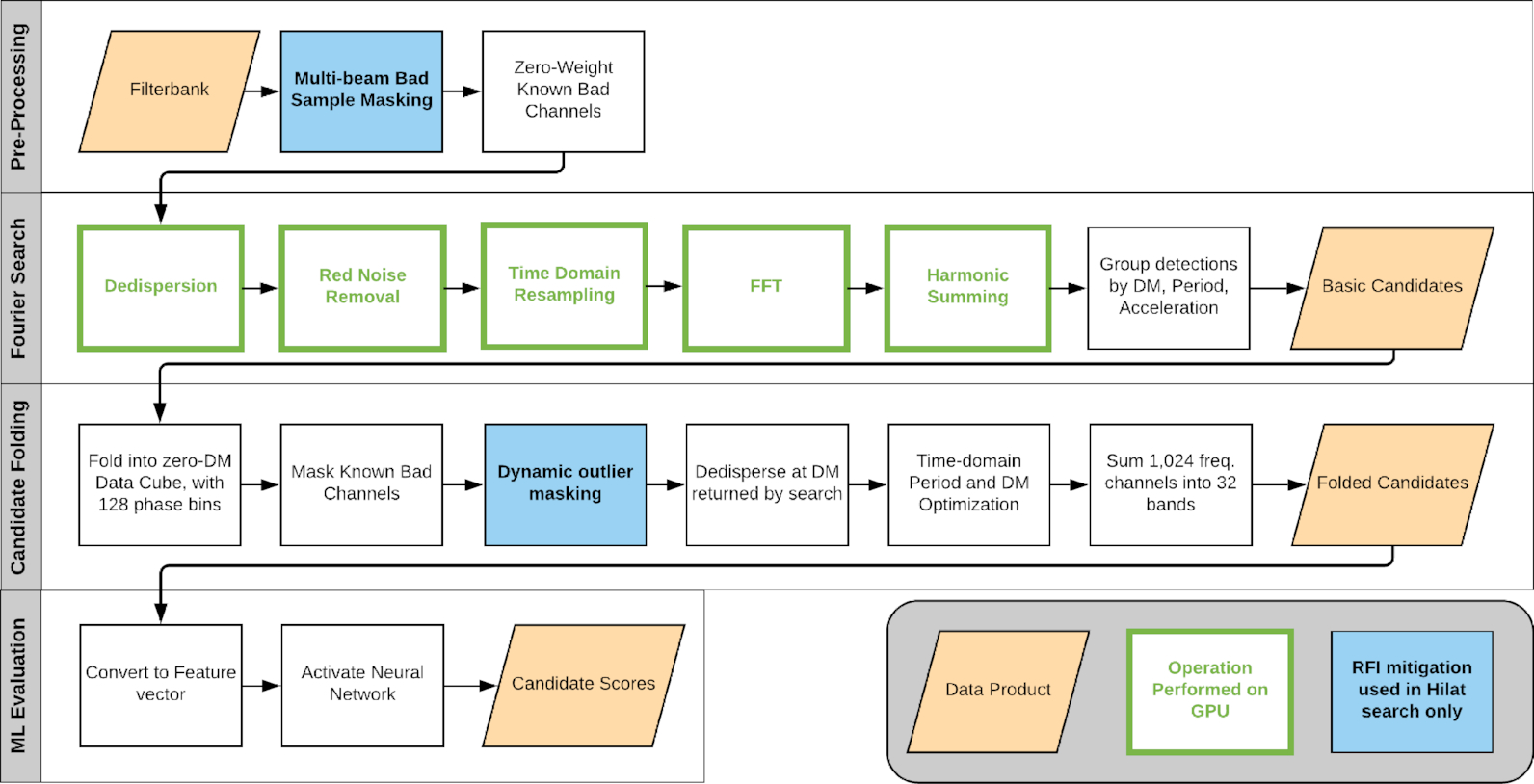