Introducing ROMULUSC: a cosmological simulation of a galaxy cluster with an unprecedented resolution

We present the first results from ROMULUSC, the highest resolution cosmological hydrodynamic simulation of a galaxy cluster run to date. ROMULUSC, a zoom-in simulation of a halo with z = 0 mass 1014 M⊙, is run with the same sub-grid physics and resolution as ROMULUS25. With unprecedented mass and spatial resolution, ROMULUSC represents a unique opportunity to study the evolution of galaxies in dense environments down to dwarf masses. We demonstrate that ROMULUSC results in an intracluster medium consistent with observations. The star formation history and stellar mass of the brightest cluster galaxy (BCG) is consistent with observations and abundance matching results, indicating that our sub-grid models, optimized only to reproduce observations of field dwarf and Milky Way mass galaxies, are able to produce reasonable galaxy masses and star formation histories in much higher mass systems. Feedback from supermassive black holes (SMBHs) regulates star formation by driving large-scale, collimated outflows that coexist with a low-entropy core. We find that non-BCG cluster member galaxies are substantially quenched compared to the field down to dwarf galaxy masses and, at low masses, quenching is seen to have no dependence on mass or distance from the cluster centre. This enhanced quenched population extends beyond R200 and is in place at high redshift. Similarly, we predict that an SMBH activity is significantly suppressed within clusters outside of the BCG, but show how the effect could be lost when only focusing on the brightest active galactic nucleus in the most massive galaxies. 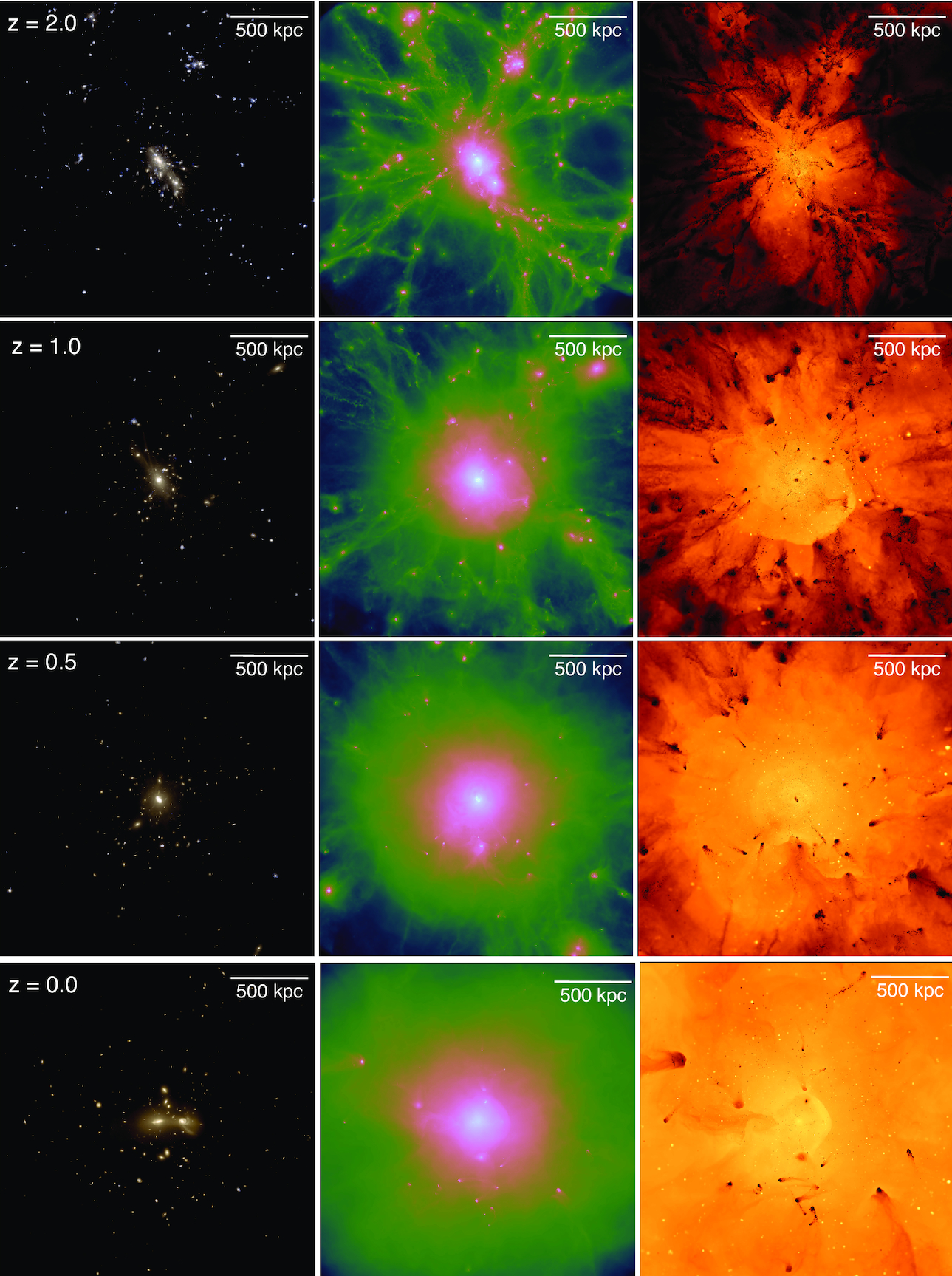