The Milky Way (MW) offers a uniquely detailed view of galactic structure and is often regarded as a prototypical spiral galaxy. But recent observations indicate that the MW is atypical: it has an undersized supermassive black hole at its centre; it is surrounded by a very low mass, excessively metal-poor stellar halo; and it has an unusually large nearby satellite galaxy, the Large Magellanic Cloud (LMC). Here, we show that the LMC is on a collision course with the MW with which it will merge in 2.4^{+1.2}_{-0.8} {Gyr} (68 per cent confidence level). This catastrophic and long-overdue event will restore the MW to normality. Using the EAGLE galaxy formation simulation, we show that, as a result of the merger, the central supermassive black hole will increase in mass by up to a factor of 8. The Galactic stellar halo will undergo an equally impressive transformation, becoming 5 times more massive. The additional stars will come predominantly from the disrupted LMC, but a sizeable number will be ejected on to the halo from the stellar disc. The post-merger stellar halo will have the median metallicity of the LMC, [Fe/H] = -0.5 dex, which is typical of other galaxies of similar mass to the MW. At the end of this exceptional event, the MW will become a true benchmark for spiral galaxies, at least temporarily. 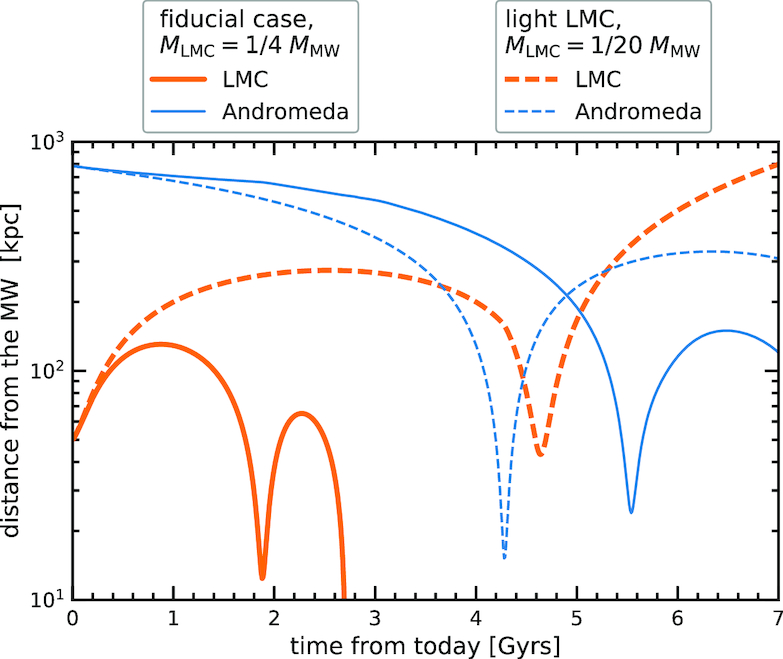