We present high-time-resolution photometry and phase-resolved spectroscopy of the short-period ({P_orb}= 80.52 min) cataclysmic variable SDSS J123813.73-033933.0, observed with the Hubble Space Telescope (HST), the Kepler/K2 mission, and the Very Large Telescope (VLT). We also report observations of the first detected superoutburst. SDSS J1238-0339 shows two types of variability: quasi-regular brightenings recurring every ≃8.5 h during which the system increases in brightness by {∼eq } 0.5 mag, and a double-hump quasi-sinusoidal modulation at the orbital period. The detailed K2 light curve reveals that the amplitude of the double-humps increases during the brightenings and that their phase undergoes a ≃90° phase shift with respect to the quiescent intervals. The HST data unambiguously demonstrate that these phenomena both arise from the heating and cooling of two relatively large regions on the white dwarf. We suggest that the double-hump modulation is related to spiral shocks in the accretion disc resulting in an enhanced accretion rate heating two localized regions on the white dwarf, with the structure of the shocks fixed in the binary frame explaining the period of the double humps. The physical origin of the 8.5 h brightenings is less clear. However, the correlation between the observed variations of the amplitude and phase of the double-humps with the occurrence of the brightenings is supportive of an origin in thermal instabilities in the accretion disc. 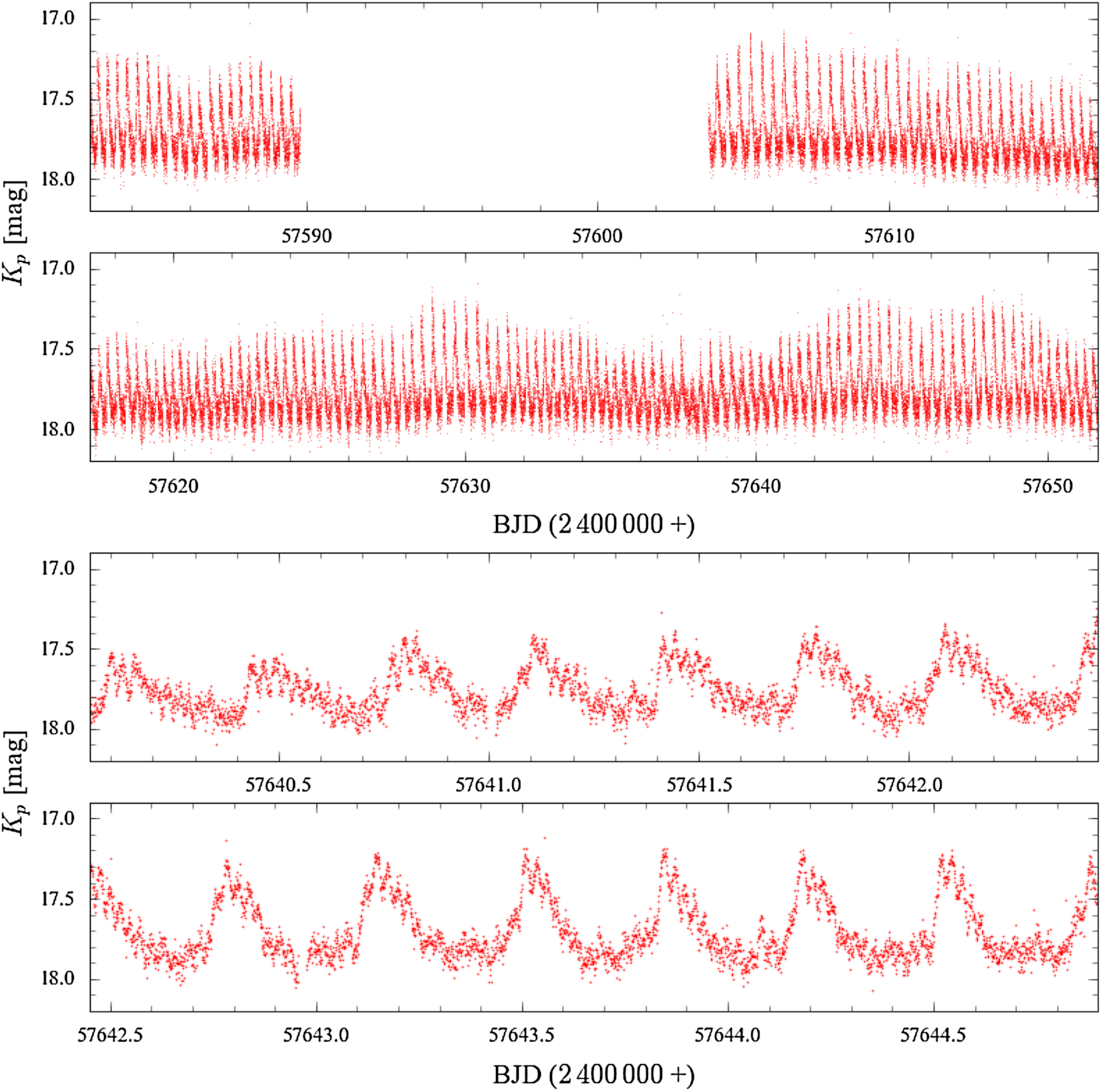