A multiscale study of star formation in Messier 33

For the Local Group Scd galaxy M 33 this paper presents a multiscale study of the relationship between the monochromatic star formation rate (SFR) estimator based on 12 μm emission and the total SFR estimator based on a combination of far-ultraviolet and 24 μm emission. We show the 12 μm emission to be a linear estimator of total SFR on spatial scales from 782 pc down to 49 pc, over almost four magnitudes in SFR. These results therefore extend to sub-kpc length-scales the analogous results from other studies for global length-scales. We use high-resolution H I and 12CO(J = 2 - 1) image sets from the literature to compare the star formation to the neutral gas. For the full range of length-scales we find well-defined power-law relationships between 12 μm-derived SFR surface densities and neutral gas surface densities. For the H2 gas component almost all correlations are consistent with being linear. No evidence is found for a breakdown in the star formation law at small length-scales in M 33 reported by other authors. We show that the average star formation efficiency in M 33 is roughly 10-9 yr-1 and that it remains constant down to giant molecular cloud length-scales. Toomre and shear-based models of the star formation threshold are shown to inaccurately account for the star formation activity in the inner disc of M 33. Finally, we clearly show that the H I saturation limit of ≈9 M_{⊙} pc^{-2} reported in the literature for other galaxies is not an intrinsic property of M 33 - it is systematically introduced as an artefact of spatially smoothing the data. 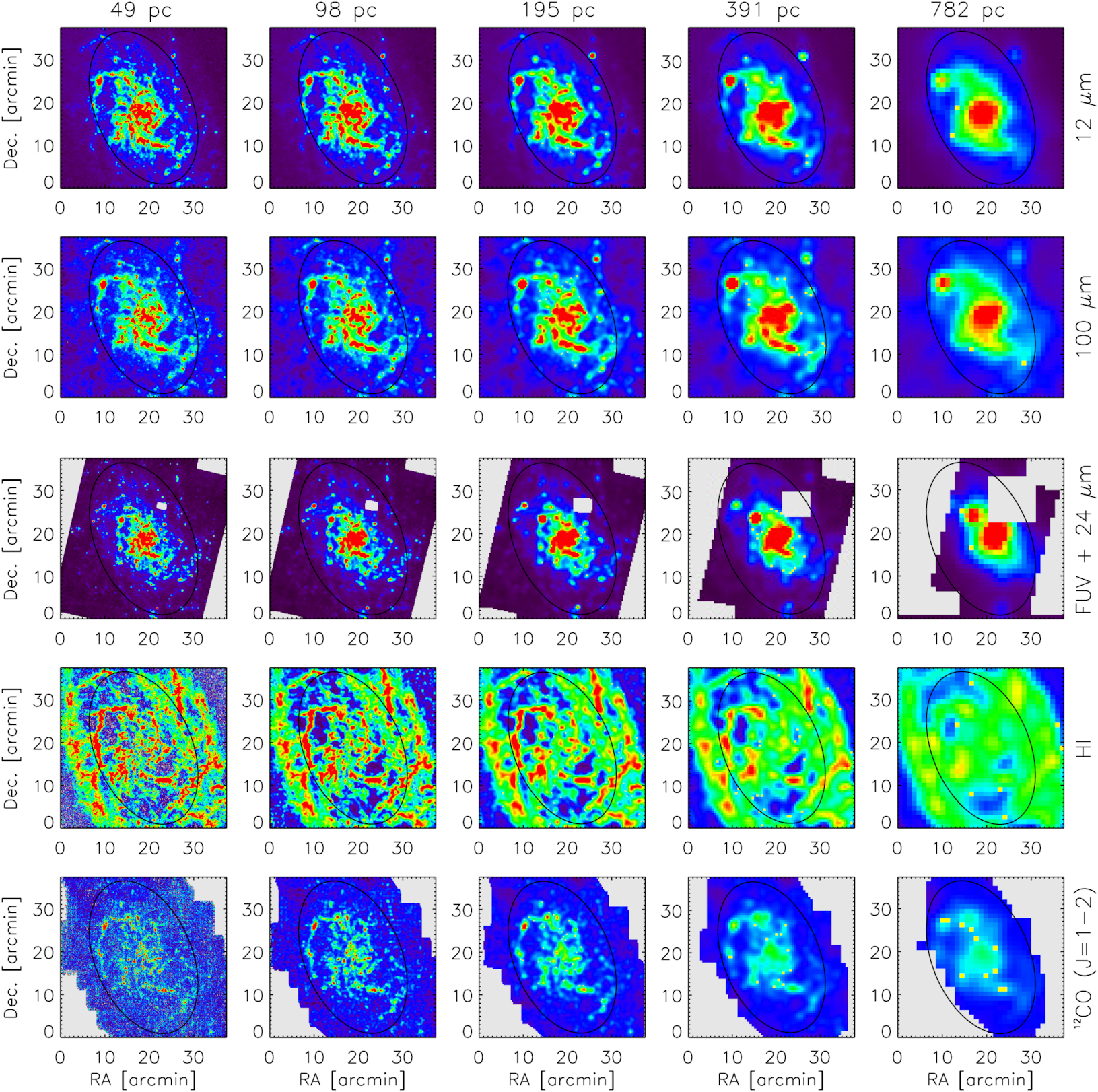