We report the discovery of J1953-1019, the first resolved triple white dwarf system. The triplet consists of an inner white dwarf binary and a wider companion. Using Gaia DR2 photometry and astrometry combined with our follow-up spectroscopy, we derive effective temperatures, surface gravities, masses, and cooling ages of the three components. All three white dwarfs have pure-hydrogen (DA) atmospheres, masses of 0.60-0.63 M_{⊙}}, and cooling ages of 40-290 Myr. We adopt eight initial-to-final mass relations to estimate the main-sequence progenitor masses (which we find to be similar for the three components, 1.6-2.6 M⊙) and lifetimes. The differences between the derived cooling times and main sequence lifetimes agree for most of the adopted initial-to-final mass relations, hence the three white dwarfs in J1953-1019 are consistent with coeval evolution. Furthermore, we calculate the projected orbital separations of the inner white dwarf binary (303.25 ± 0.01 au) and of the centre of mass of the inner binary and the outer companion (6398.97± 0.09 au). From these values, and taking into account a wide range of possible configurations for the triplet to be currently dynamically stable, we analyse the future evolution of the system. We find that a collision between the two inner white dwarfs due to Lidov-Kozai oscillations is unlikely, though if it occurs it could result in a sub-Chandrasekhar Type Ia supernova explosion. 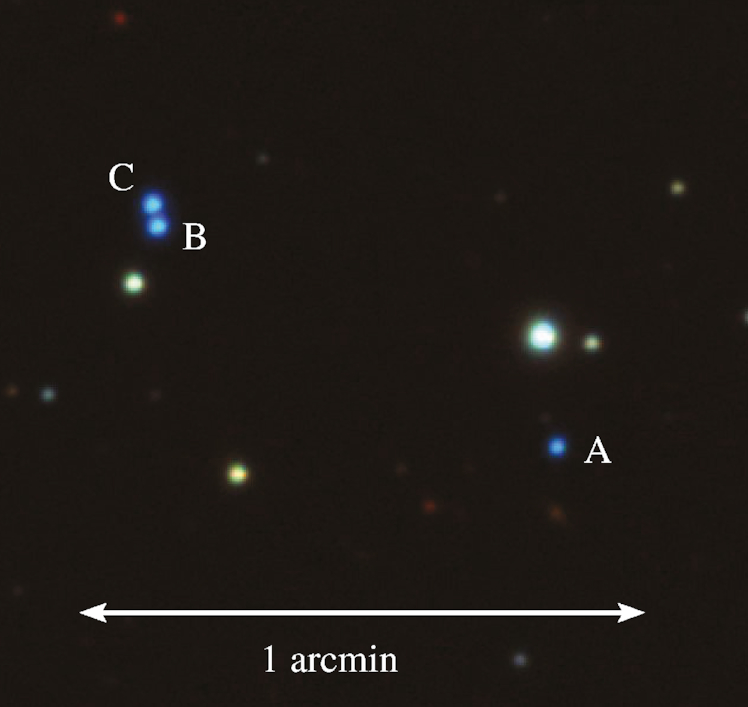