We study the co-evolution of supermassive black holes (SMBHs) with galaxies by means of a semi-analytic model of galaxy formation based on sub-halo merger trees built from the Millennium and Millennium-II simulations. We utilize the simulation results from Guo et al. and Henriques et al. to study two aspects of the co-evolution, i.e. the stochastic gravitational wave (GW) background generated by SMBH merger and the SMBH/galaxy clustering. The characteristic strain amplitude of the GW background predicted by the Guo et al. and Henriques et al. models is A_{ yr^{-1}}=5.00× 10^{-16} and A_{ yr^{-1}}=9.42× 10^{-17}, respectively. We find the GW amplitude is very sensitive to the galaxy merger rate. The difference in the galaxy merger rate between Guo et al. and Henriques et al. results in a factor 5 deviation in the GW strain amplitude. For clusterings, we calculate the spatially isotropic two-point auto- and cross-correlation functions (2PCFs) for both SMBHs and galaxies by using the mock catalogues generated from the Guo et al. model. We find that all 2PCFs have positive dependence on both SMBH and galaxy mass. And there exists a significant time evolution in 2PCFs; namely, the clustering effect is enhanced at lower redshifts. Interestingly, this result is not reported in the active galactic nucleus samples in the SDSS. Our analysis also shows that, roughly, SMBHs and galaxies, with galaxy mass 102 ∼ 103 larger than SMBH mass, have a similar pattern of clustering, which is a reflection of the co-evolution of the SMBH and galaxy. Finally, we calculate the first 10 multiples of the angular power spectrum of the energy density of the GW background. We find the amplitude of angular power spectrum of the first 10 multiples is about 10{{ per cent}} to 60{{ per cent}} of the monopole component in the whole frequency range. 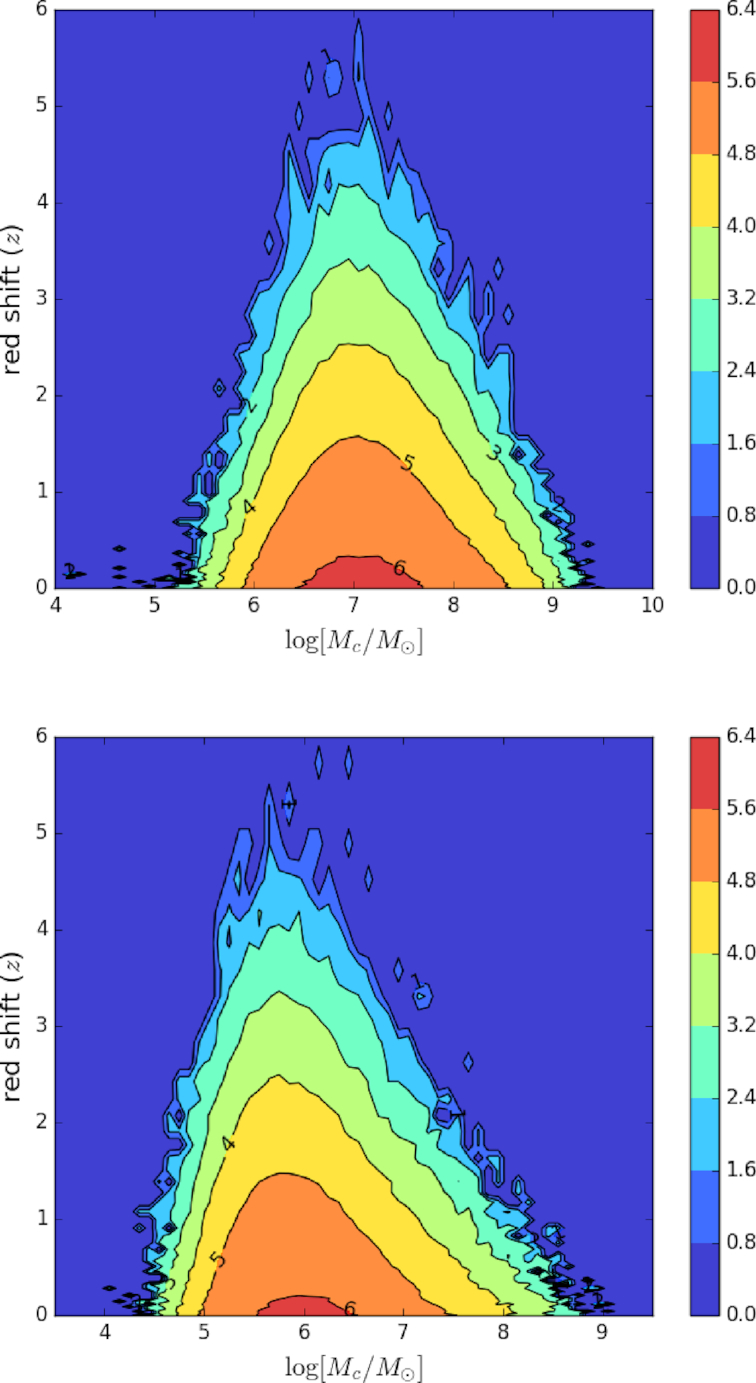