We present a catalogue of white dwarf candidates selected from the second data release of Gaia (DR2). We used a sample of spectroscopically confirmed white dwarfs from the Sloan Digital Sky Survey (SDSS) to map the entire space spanned by these objects in the Gaia Hertzsprung-Russell diagram. We then defined a set of cuts in absolute magnitude, colour, and a number of Gaia quality flags to remove the majority of contaminating objects. Finally, we adopt a method analogous to the one presented in our earlier SDSS photometric catalogues to calculate a probability of being a white dwarf (PWD) for all Gaia sources that passed the initial selection. The final catalogue is composed of 486 641 stars with calculated PWD from which it is possible to select a sample of {∼eq } 260 000 high-confidence white dwarf candidates in the magnitude range 8 < G < 21. By comparing this catalogue with a sample of SDSS white dwarf candidates, we estimate an upper limit in completeness of 85 per cent for white dwarfs with G ≤ 20 mag and Teff >7000 K, at high Galactic latitudes (|b| > 20°). However, the completeness drops at low Galactic latitudes, and the magnitude limit of the catalogue varies significantly across the sky as a function of Gaia's scanning law. We also provide the list of objects within our sample with available SDSS spectroscopy. We use this spectroscopic sample to characterize the observed structure of the white dwarf distribution in the H-R diagram. 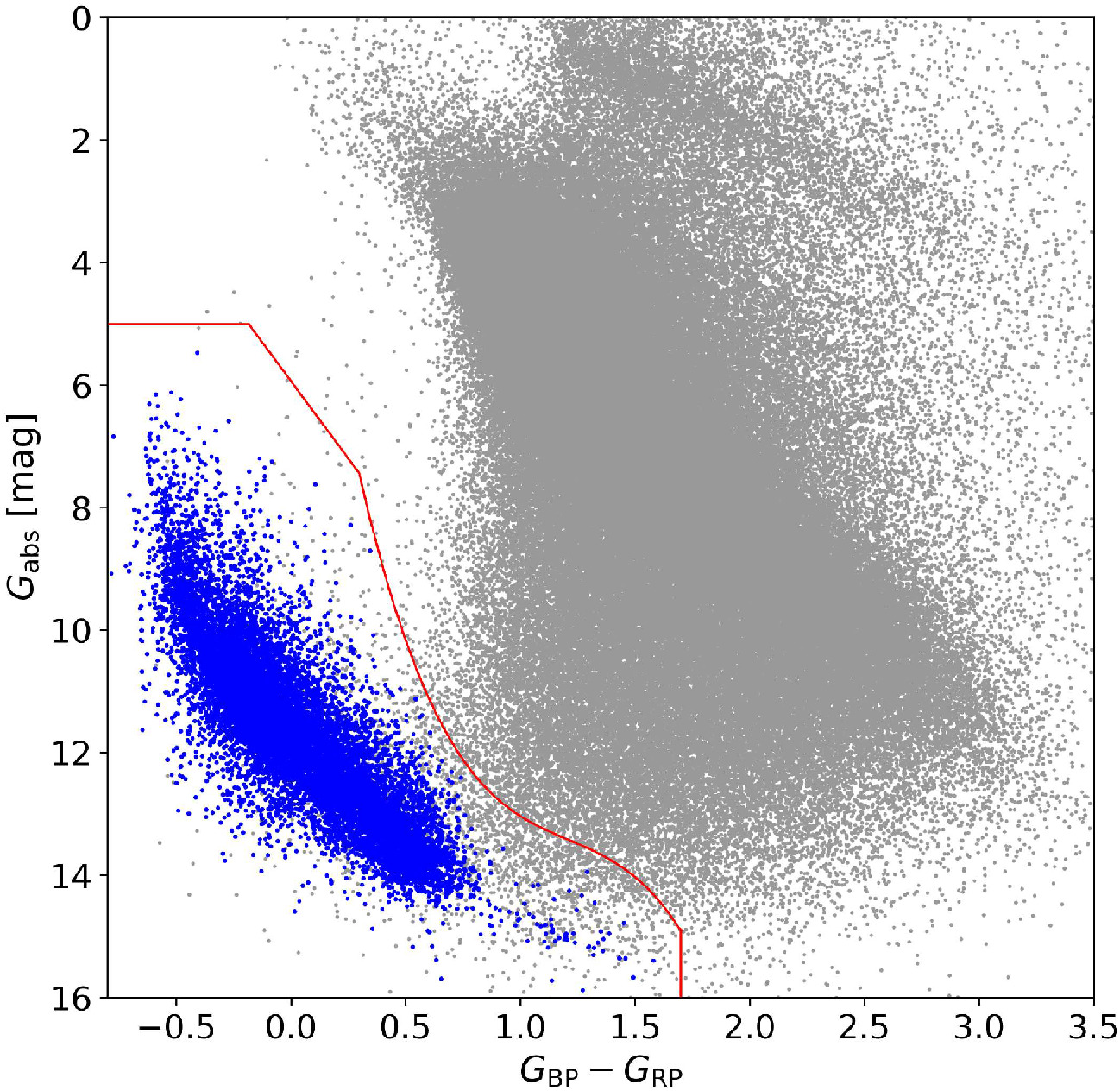