Supermassive black holes (SMBHs) pair and form bound binaries after their host galaxies merge. In a gas-rich merger, accretion discs are expected to form around the binary and its components. These discs control the binary orbital evolution until the system is compact enough for gravitational waves to drive the SMBHs to coalescence. In this work, we implemented a time-dependent one-dimensional model to follow the long-term evolution of the coupled binary+disc system, from a separation of 105 down to 20 Schwarzschild radii. We run different models changing the system parameters, including the binary mass ratio q ≤ 0.3 and a factor of γ that controls the inflow across the gap created by the secondary. We find that our implementation yields higher residual masses and longer binary residence times than previous studies. Our main conclusion is the non-steady-state nature of the evolution of the system: the properties the disc had when the binary was still at large separations influence its whole evolution. To recover steady state, the binary residence time would have to be much longer than the inflow time-scale of the disc throughout their entire history, which in general is not satisfied. 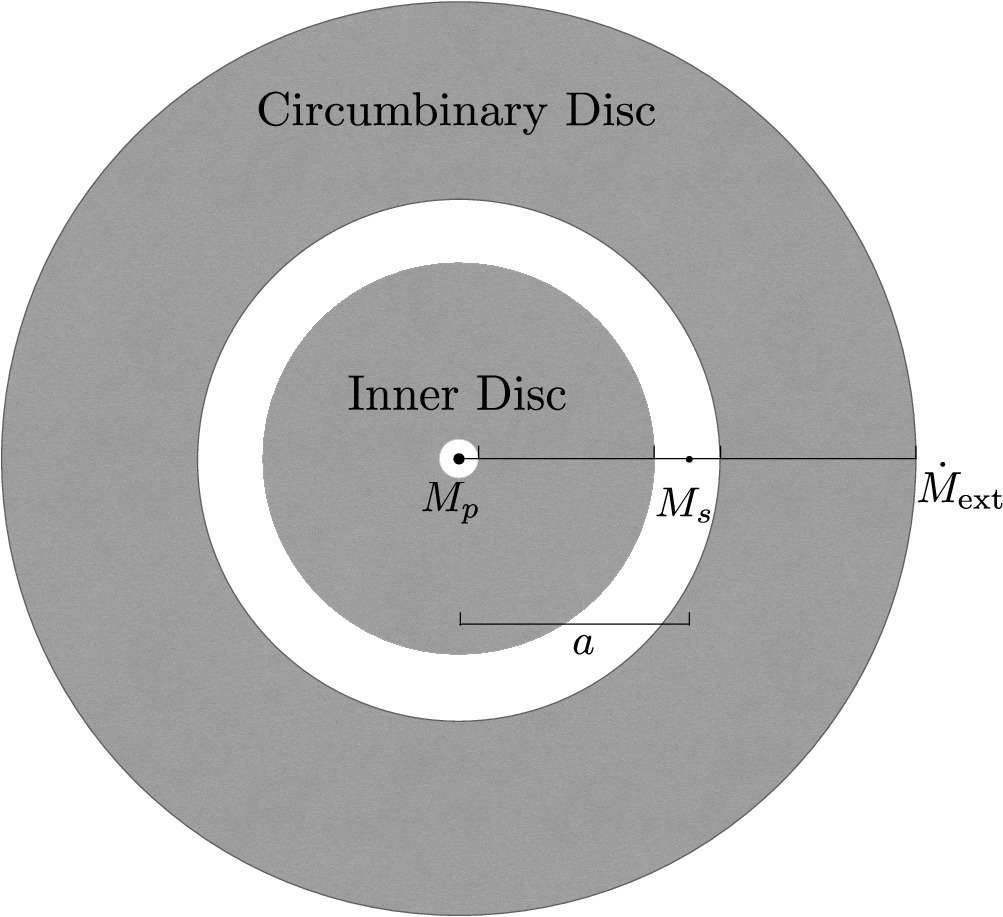