The helium flash is a key point in the evolution process of stars that have evolved off the main sequence. However, chemical abundance differences in the stellar photosphere before and after this step are poorly investigated, mainly because of the degeneracy of red giant branch (RGB) and red clump stars (RC) in the Hertzsprung-Russell (HR) diagram. Using Kepler high-quality photometric data, RGB and RC for a large sample of giants are, for the first time, distinguished well using the asteroseismic method. In this article, we present the abundance patterns of 14 elements for 89 nearby red giants in the Kepler field, based on high-resolution High-Dispersion Spectrograph (HDS) spectra. The sample includes 37 RGB stars, 27 core He-burning stars with mass lower than 1.8 M☉ (RC1) and 25 core He-burning stars with mass higher than 1.8 M☉ (RC2), covering a large metallicity range -0.66 < [Fe/H] < +0.34. The abundance trends of Al, α- and Fe-peak elements and Eu in our study show no obvious differences between RGB, RC1 and RC2 stars. Non-local thermodynamic equilibrium (NLTE) corrections for Na in our sample were estimated and lie in the range -0.14 to -0.07. Na and n-capture elements (Y, Ba, La and Ce) in RC2 stars show an overabundance, where the excess Na could be explained by the products of the first dredge-up. As expected, thin- and thick-disc stars are clearly separated in our sample for α-elements, Al and Eu, while there are no significant differences between thin- and thick-disc stars for Na, Cr, Ni, V, Ba, La and Ce. 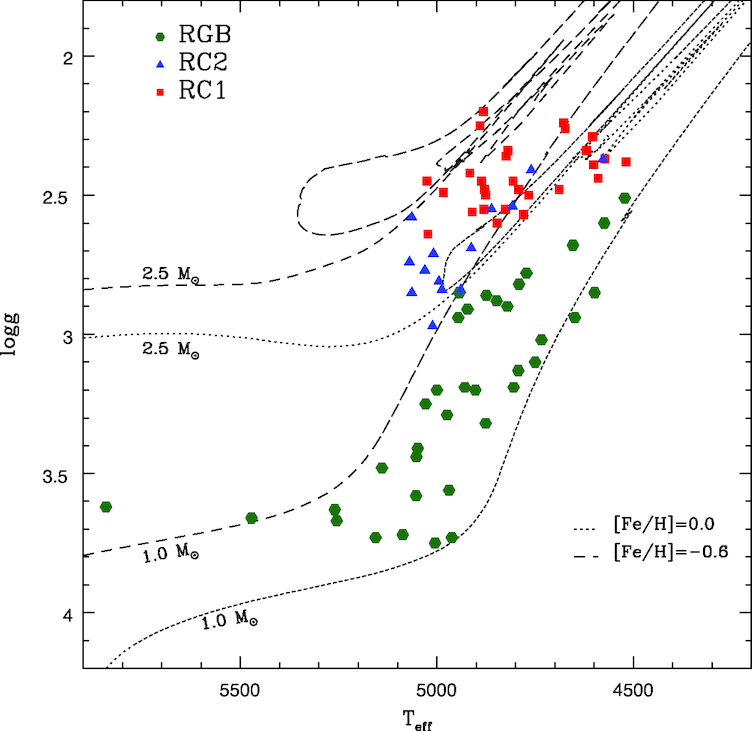