The EAGLE simulation suite has previously been used to investigate the relationship between the stellar mass of galaxies, M*, and the properties of dark matter haloes, using the hydrodynamical reference simulation combined with a dark-matter-only (DMO) simulation having identical initial conditions. The stellar masses of central galaxies in haloes with M200c > 1011 M⊙ were shown to correlate with the DMO halo maximum circular velocity, with ≈0.2 dex of scatter that is uncorrelated with other DMO halo properties. Here we revisit the origin of the scatter in the M* - Vmax, DMO relation in EAGLE at z = 0.1. We find that the scatter in M* correlates with the mean age of the galaxy stellar population such that more massive galaxies at fixed Vmax, DMO are younger. The scatter in the stellar mass and mean stellar population age results from variation in the baryonic mass, Mbary = Mgas + M*, of the galaxies' progenitors at fixed halo mass and concentration. At the redshift of peak correlation (z ≈ 1), the progenitor baryonic mass accounts for 75{{ per cent}} of the variance in the z = 0.1 M* - Vmax, DMO relation. The scatter in the baryonic mass, in turn, is primarily set by differences in feedback strength and gas accretion over the course of the evolution of each halo. 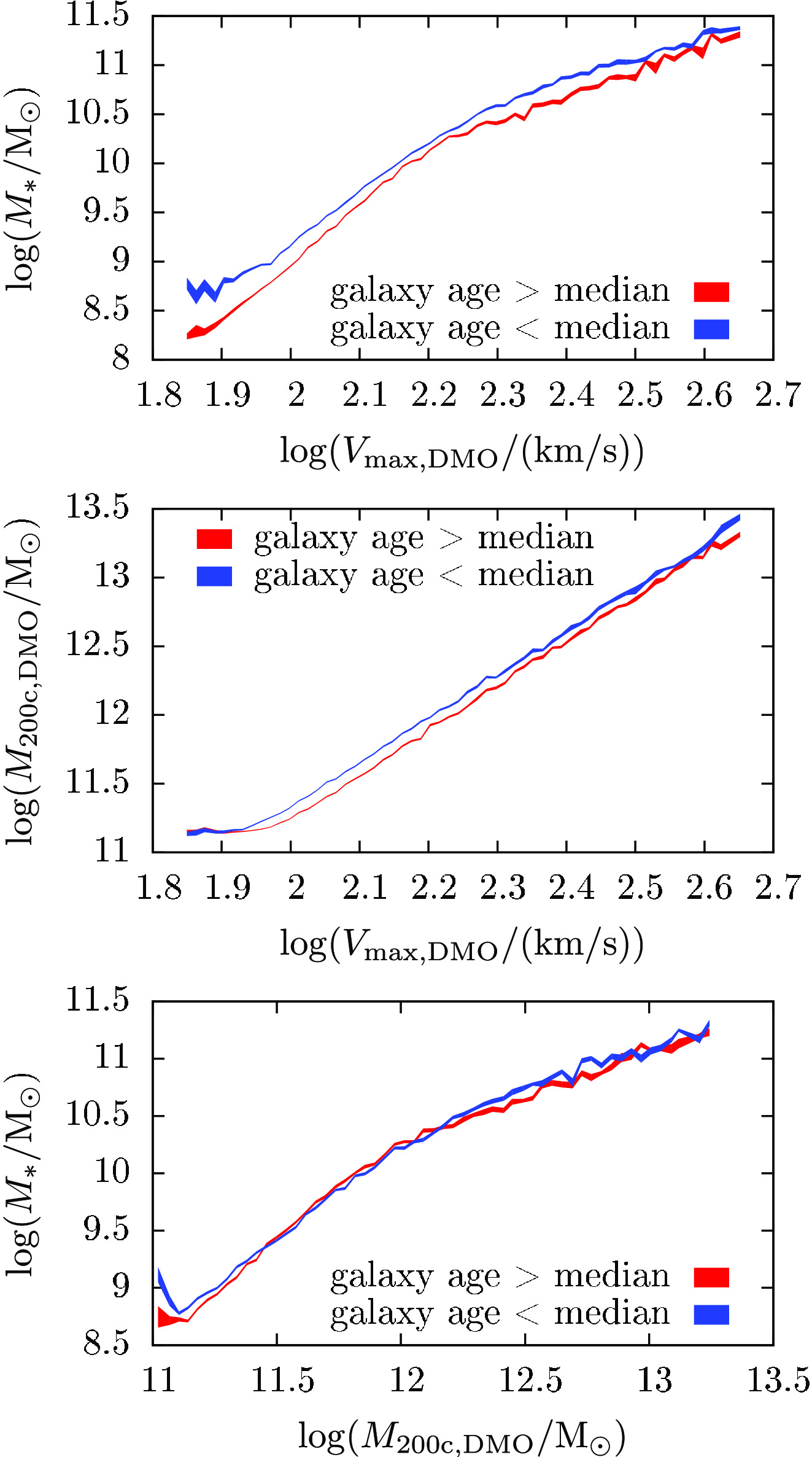