The impact of electron-capture supernovae on merging double neutron stars

Natal kicks are one of the most debated issues about double neutron star (DNS) formation. Several observational and theoretical results suggest that some DNSs have formed with low natal kicks (≲ 50 km s-1), which might be attributed to electron-capture supernovae (ECSNe). We investigate the impact of ECSNe on the formation of DNSs by means of population synthesis simulations. In particular, we assume a Maxwellian velocity distribution for the natal kick induced by ECSNe with one-dimensional root mean square σECSN = 0, 7, 15, 26, 265 km s-1. The total number of DNSs scales inversely with σECSN and the number of DNS mergers is higher for relatively low kicks. This effect is particularly strong if we assume low efficiency of common-envelope ejection (described by the parameter α = 1), while it is only mild for high efficiency of common-envelope ejection (α = 5). In most simulations, more than 50 per cent of the progenitors of merging DNSs undergo at least one ECSN and the ECSN is almost always the first SN occurring in the binary system. Finally, we have considered the extreme case in which all neutron stars receive a low natal kick (≲ 50 km s-1). In this case, the number of DNSs increases by a factor of 10 and the percentage of merging DNSs that went through an ECSN is significantly suppressed (<40 per cent). 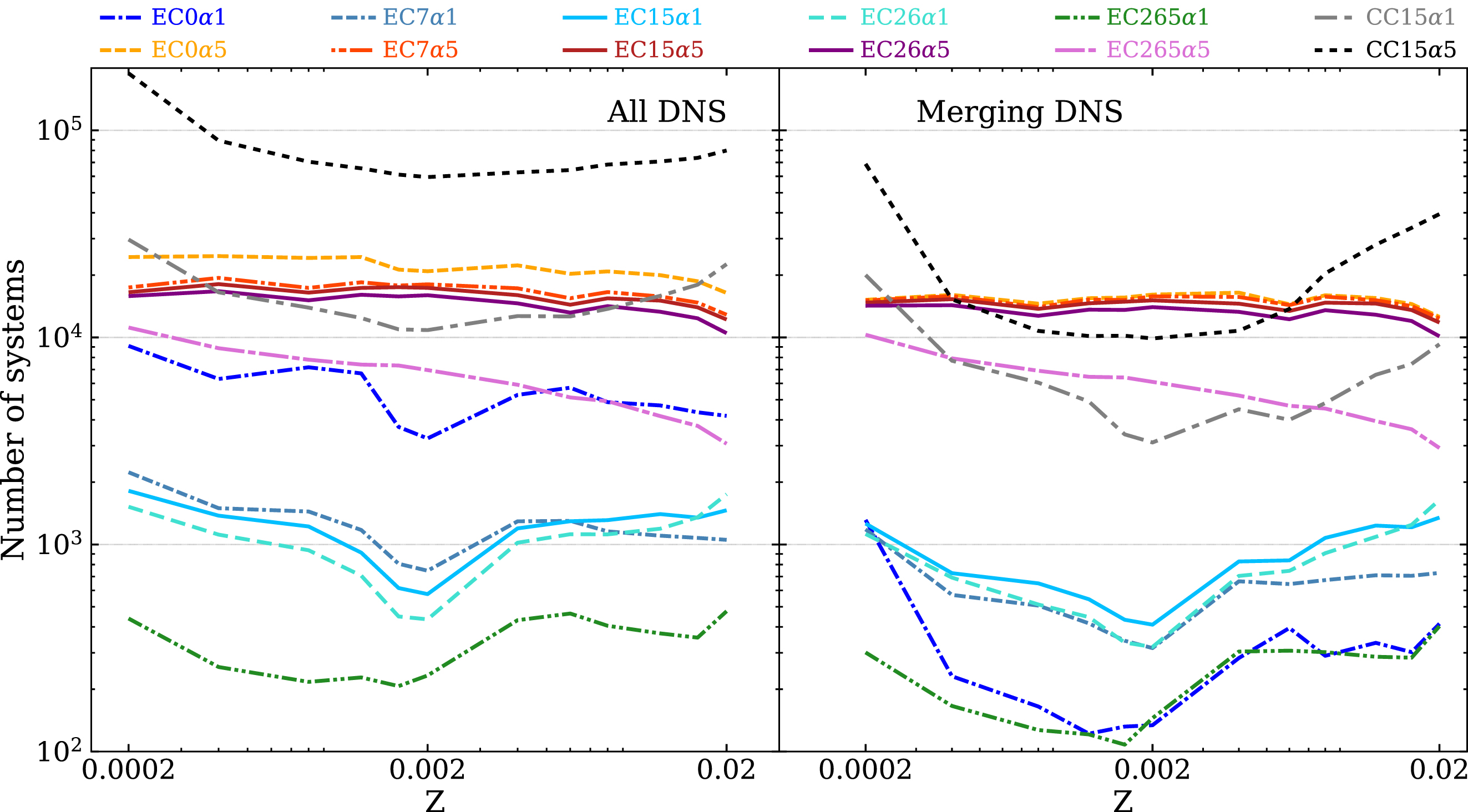