Identifying galaxies in hydrodynamical simulations is a difficult task, particularly in regions of high density such as galaxy groups and clusters. We present a new scale-free, shape-independent algorithm to robustly and accurately identify galaxies in simulations, implemented within the phase-space halo-finder code VELOCIRAPTOR. This is achieved by using the full phase-space dispersion tensor for particle assignment and an iterative adjustment of search parameters, which help us overcome common structure-finding problems. We apply our improved method to the Horizon-AGN simulation and compare galaxy stellar masses (M*), star formation rates (SFRs), and sizes with the elaborate configuration-space halo-finder HALOMAKER. Galaxies living in haloes with >1 galaxy are the most affected by the shortcomings of real-space finders, with their mass, SFR, and size being >2 times larger (smaller) in the case of host (satellite) galaxies. Thus, our ability to measure minor/major merger rates and disentangle environmental effects in simulations can be generally hindered if the identification of galaxies is not treated carefully. Though large systematic differences are obtained on a one-to-one basis, the overall galaxy stellar mass function, the SFR function, and the mass-size relations are not greatly affected. This is due to isolated galaxies being the most abundant population, dominating broad statistics. 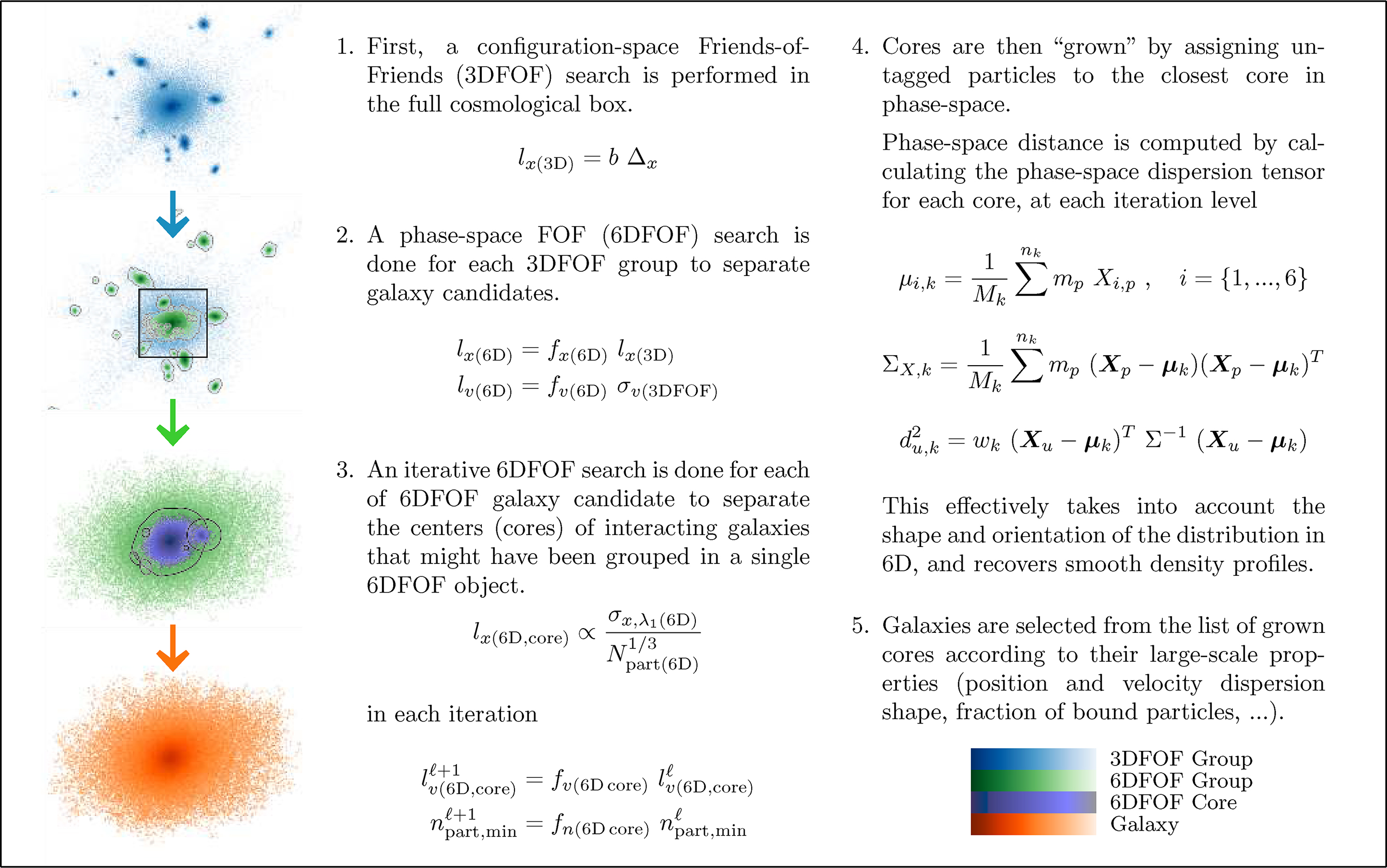