The equatorial ring of Supernova (SN) 1987A has been exposed to forward shocks from the SN blast wave, and it has been suggested that these forward shocks have been causing ongoing destruction of dust in the ring. We obtained Stratospheric Observatory For Infrared Astronomy The Faint Object InfraRed CAmera for the SOFIA Telescope (FORCAST) 11.1, 19.7, and 31.5 μ m photometry of SN 1987A in 2016. Compared with Spitzer measurements 10 yr earlier, the 31.5 μ m flux has significantly increased. The excess at 31.5 μ m appears to be related to the Herschel 70 μ m excess, which was detected 5 yr earlier. The dust mass needed to account for the 31.5-70 μ m excess is 3-7 × 10-4 M⊙, more than 10 times larger than the ring dust mass (∼1 × 10-5 M⊙) estimate from the data 10 yr earlier. We argue that dust grains are re-formed or grown in the post-shock regions in the ring after forward shocks have destroyed pre-existing dust grains in the ring and released refractory elements into gas. In the post-shock region, atoms can stick to surviving dust grains, and the dust mass may have increased (grain growth), or dust grains might have condensed directly from the gas. An alternative possibility is that the outer part of the expanding ejecta dust might have been heated by X-ray emission from the circumstellar ring. The future development of this excess could reveal whether grains are reformed in the post-shocked region of the ring or eject dust is heated by X-ray. 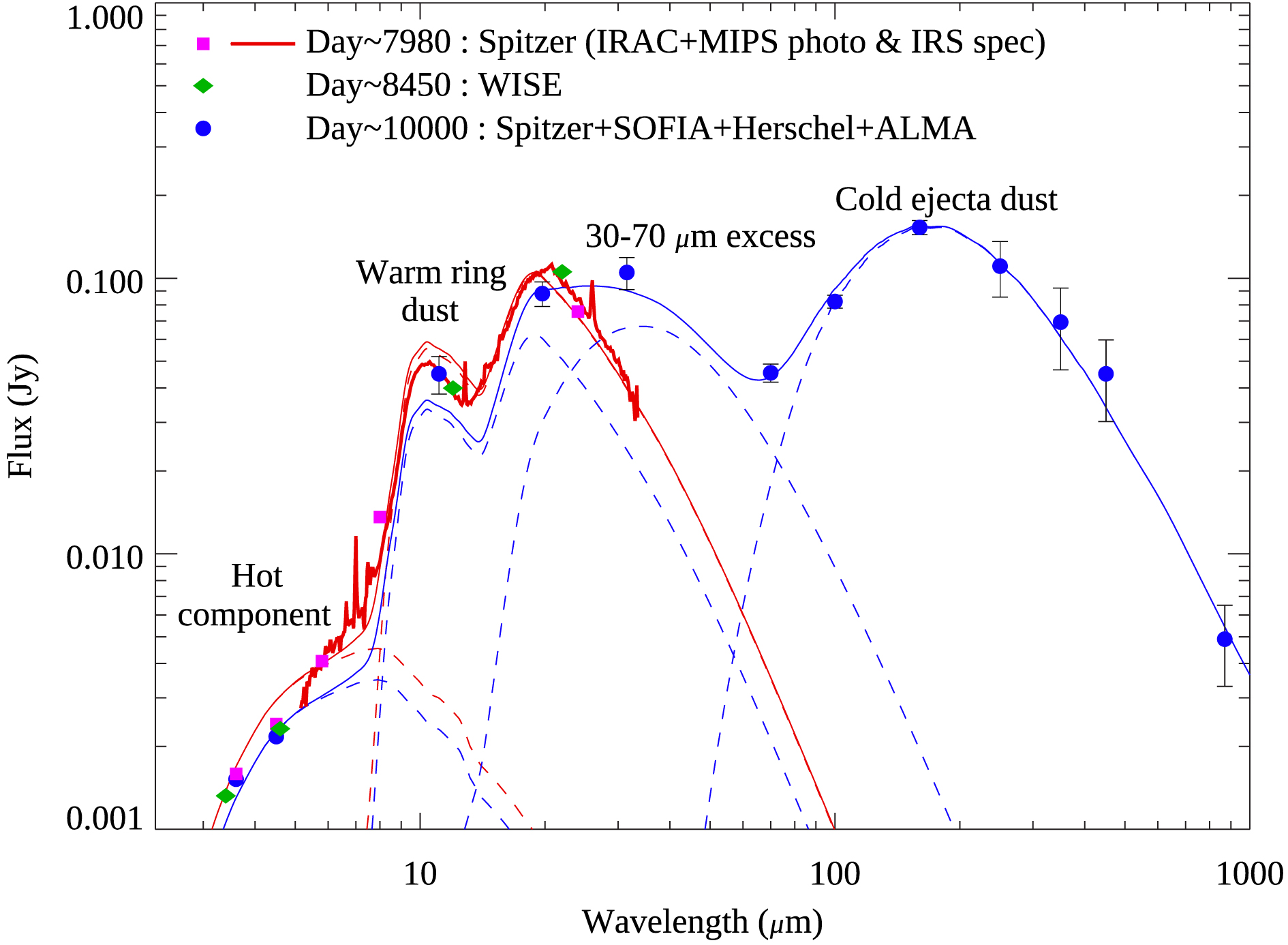