In the era of large-scale surveys of stars in the Milky Way, stellar ages are crucial for studying the evolution of the Galaxy. But determining ages of field stars is notoriously difficult; therefore, we attempt to determine benchmark ages for the extensively studied Gaia benchmark stars which can be used for validation purposes. By searching the literature for age estimates from different methods and deriving new ages based on Bayesian isochrone fitting, we are able to put reliable limits on the ages of 16 out of the 33 benchmark stars. The giants with well-defined ages are all young, and an expansion of the sample to include older giants with asteroseismic ages would be beneficial. Some of the stars have surface parameters inconsistent with isochrones younger than 16 Gyr. Including α-enhancement in the models when relevant resolves some of these cases, but others clearly highlight discrepancies between the models and observations. We test the impact of atomic diffusion on the age estimates by fitting to the actual surface metallicity of the models instead of the initial value and find that the effect is negligible except for a single turn-off star. Finally, we show that our ability to determine isochrone-based ages for large spectroscopic surveys largely mirrors our ability to determine ages for these benchmark stars, except for stars with log g ≳ 4.4 dex since their location in the Hertzsprung-Russell diagram is almost age insensitive. Hence, isochrone fitting does not constrain their ages given the typical uncertainties of spectroscopic stellar parameters. 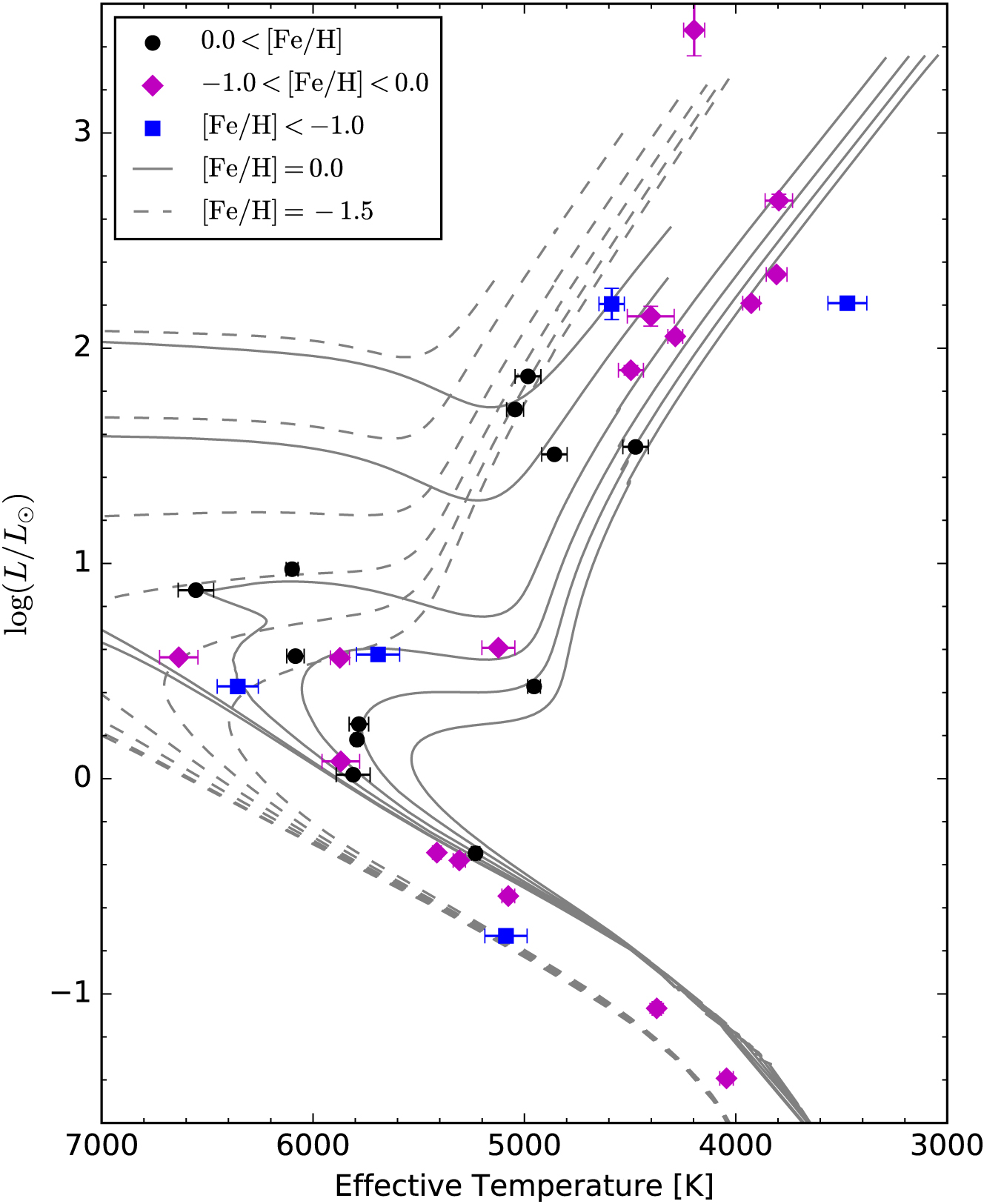