We present the first release of the MaNGA Stellar Library (MaStar), which is a large, well-calibrated, high-quality empirical library covering the wavelength range 3622-10354 Å at a resolving power of R ∼ 1800. The spectra were obtained using the same instrument as used by the Mapping Nearby Galaxies at Apache Point Observatory (MaNGA) project, by piggybacking on the Sloan Digital Sky Survey (SDSS-IV)/Apache Point Observatory Galaxy Evolution Experiment 2-N (APOGEE-2N) observations. Compared to previous empirical libraries, the MaStar library will have a higher number of stars and a more comprehensive stellar-parameter coverage, especially of cool dwarfs, low-metallicity stars, and stars with different [α/Fe], achieved by a sophisticated target-selection strategy that takes advantage of stellar-parameter catalogs from the literature. This empirical library will provide a new basis for stellar-population synthesis and is particularly well suited for stellar-population analysis of MaNGA galaxies. The first version of the library contains 8646 high-quality per-visit spectra for 3321 unique stars. Compared to photometry, the relative flux calibration of the library is accurate to 3.9% in g - r, 2.7% in r - i, and 2.2% in i - z. The data are released as part of SDSS Data Release 15. We expect the final release of the library to contain more than 10,000 stars. 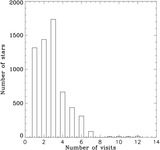