We report that LAMOST-HVS1 is a massive hyper-runaway subgiant star with a mass of 8.3 {M}⊙ and super-solar metallicity, which was ejected from the inner stellar disk of the Milky Way ∼33 {Myr} ago with the intrinsic ejection velocity of {568}-17+19 {km} {{{s}}}-1 (corrected for the streaming motion of the disk), based on the proper motion data from Gaia Data Release 2 (DR2) and high-resolution spectroscopy. The extremely large ejection velocity indicates that this star was not ejected by the supernova explosion of a binary companion. Rather, it was probably ejected by a three- or four-body dynamical interaction with more massive objects in a high-density environment. Such a high-density environment may be attained at the core region of a young massive cluster (YMC) with mass of ≳104 {M}⊙ . The ejection agent that took part in the ejection of LAMOST-HVS1 may be an intermediate mass black hole (≳100 {M}⊙ ), a very massive star (≳100 {M}⊙ ), or multiple ordinary massive stars (≳30 {M}⊙ ). Based on the flight time and the ejection location of LAMOST-HVS1, we argue that its ejection agent or its natal star cluster is currently located near the Norma spiral arm. The natal star cluster of LAMOST-HVS1 may be an undiscovered YMC near the Norma spiral arm. 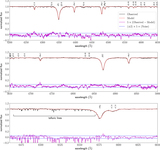