Galaxy Rotation Coherent with the Motions of Neighbors: Discovery of Observational Evidence

We present our discovery of observational evidence for the coherence between galaxy rotation and the average line-of-sight motion of neighbors. We use the Calar Alto Legacy Integral Field Area (CALIFA) survey data analyzed with the Python CALIFA STARLIGHT Synthesis Organizer platform, and the NASA-Sloan Atlas catalog. After estimating the projected angular momentum vectors of 445 CALIFA galaxies, we build composite maps of their neighbor galaxies on the parameter space of line-of-sight velocity versus projected distance. The composite radial profiles of the luminosity-weighted mean velocity of neighbors show striking evidence for dynamical coherence between the rotational direction of the CALIFA galaxies and the average moving direction of their neighbor galaxies. The signal of such dynamical coherence is significant for the neighbors within 800 kpc from the CALIFA galaxies, for which the luminosity-weighted mean velocity is as large as 61.7 ± 17.6 km s-1 (3.5σ significance to the bootstrap uncertainty) when the angular momentum is measured at R e < R ≤ 2R e of each CALIFA galaxy. In the comparison of the subsamples, we find that faint, blue, or kinematically misaligned galaxies show stronger coherence with neighbor motions than bright, red, or kinematically well-aligned galaxies do. Our results indicate that (1) the rotation of a galaxy (particularly at its outskirt) is significantly influenced by interactions with its neighbors up to 800 kpc, (2) the coherence is particularly strong between faint galaxies and bright neighbors, and (3) galaxy interactions often cause internal kinematic misalignment or possibly even kinematically distinct cores. 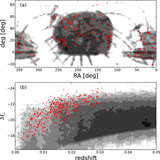