The second data release of the Gaia mission has revealed, in stellar velocity and action space, multiple ridges, the exact origin of which is still debated. Recently, we demonstrated that a large Galactic bar with pattern speed 39 km s-1 kpc-1 creates most of the observed ridges. Among these ridges, the Hercules moving group would then be associated with orbits trapped at the co-rotation resonance of the bar. Here we show that a distinctive prediction of such a model is that the angular momentum of Hercules at the Sun's radius must significantly decrease with increasing Galactocentric azimuth (i.e. when getting closer to the major axis of the bar). We show that this dependence of the angular momentum of trapped orbits on the azimuth on the other hand does not happen close to the outer Lindblad resonance of a faster bar, unless the orbital distribution is still far from phase-mixed, namely for a bar perturbation younger than ∼2 Gyr. Using Gaia DR2 and Bayesian distances from the StarHorse code, and tracing the average Galactocentric radial velocity as a function of angular momentum and azimuth, we show that the Hercules angular momentum changes significantly with azimuth as expected for the co-rotation resonance of a dynamically old large bar. 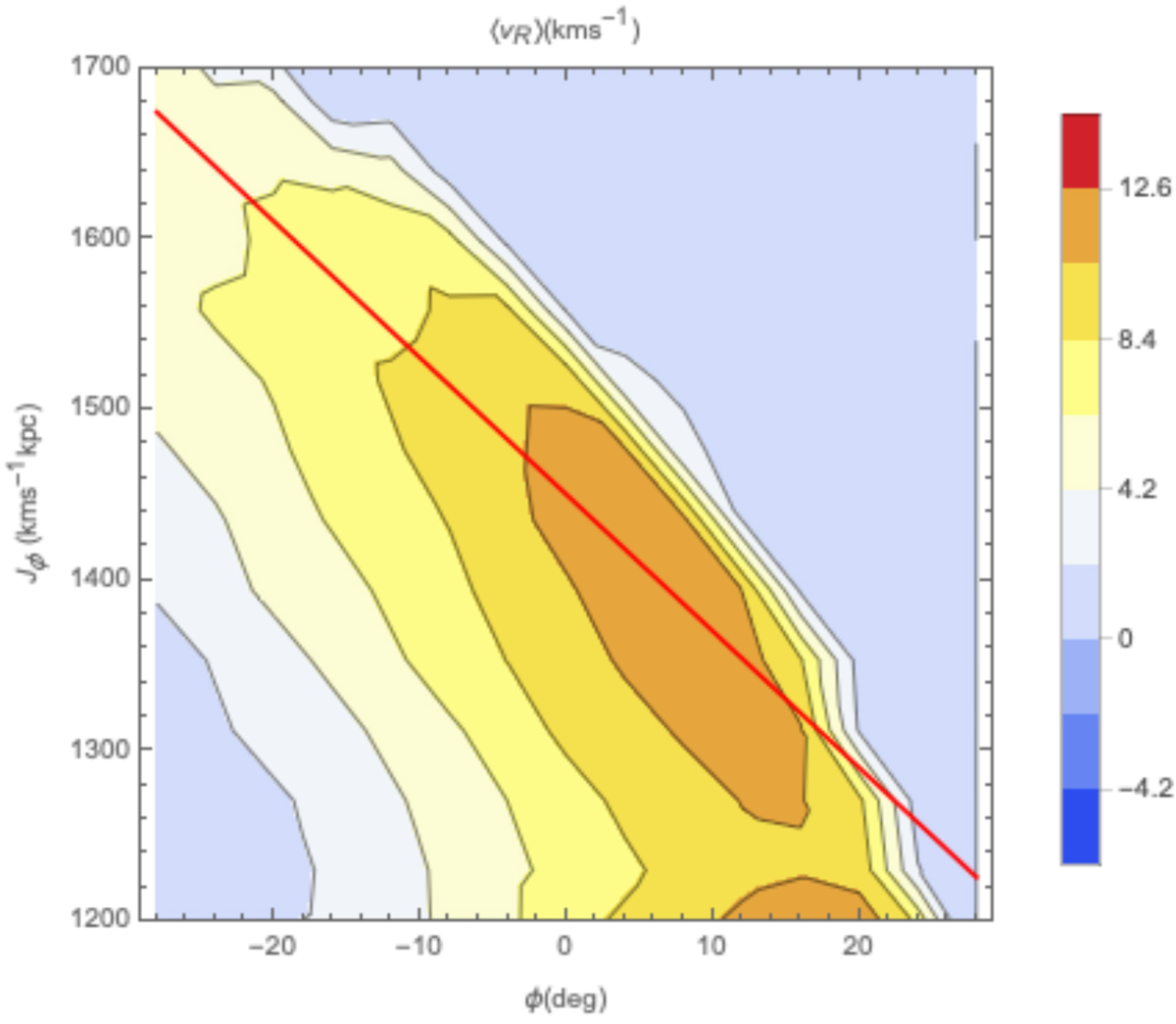