Asteroseismology offers the possibility of probing stellar interiors and testing evolutionary and seismic models. Precise photometry and spectroscopy obtained during multi-site campaigns on young open clusters allows discovering rich samples of pulsating stars and using them in a simultaneous seismic modelling called ensemble asteroseismology. The aim of this study is to obtain the age of the open cluster NGC 6910 by means of ensemble asteroseismology of the early-type pulsating members, to derive their stellar parameters, and to classify the excited modes. We used time-series analysis, performed photometric and spectroscopic mode identification, and calculated grids of evolutionary and seismic models to apply the procedure of ensemble asteroseismology for nine pulsating members of NGC 6910. With two iterations of the procedure of ensemble asteroseismology applied to nine pulsating stars we derived an age of 10.6-0.8+0.9 Myr for NGC 6910. We also identified the degree l for 8 of 37 modes detected in these stars and classified all modes in terms of p, g, and mixed-mode pulsations. Of the nine pulsating stars examined in the paper, eight are β Cep stars, including three that are hybrid β Cep and slowly pulsating B-type (SPB) pulsators, and one is an SPB star. Interestingly, the least massive β Cep star, NGC 6910-38, has a mass of about 5.6 M⊙. The present theory does not predict unstable p modes in B-type stars with such a low mass. The g modes with relatively high frequencies (> 3.5 d-1), observed in three members of the cluster, are also stable according to seismic modelling. Both findings pose a challenge for theoretical calculations and prompt a revision of the opacities. The procedure of ensemble asteroseismology was found to be successful for NGC 6910 and χ Per on the basis of pulsating B-type stars and can therefore be applied to other young open clusters that are rich in such stars. 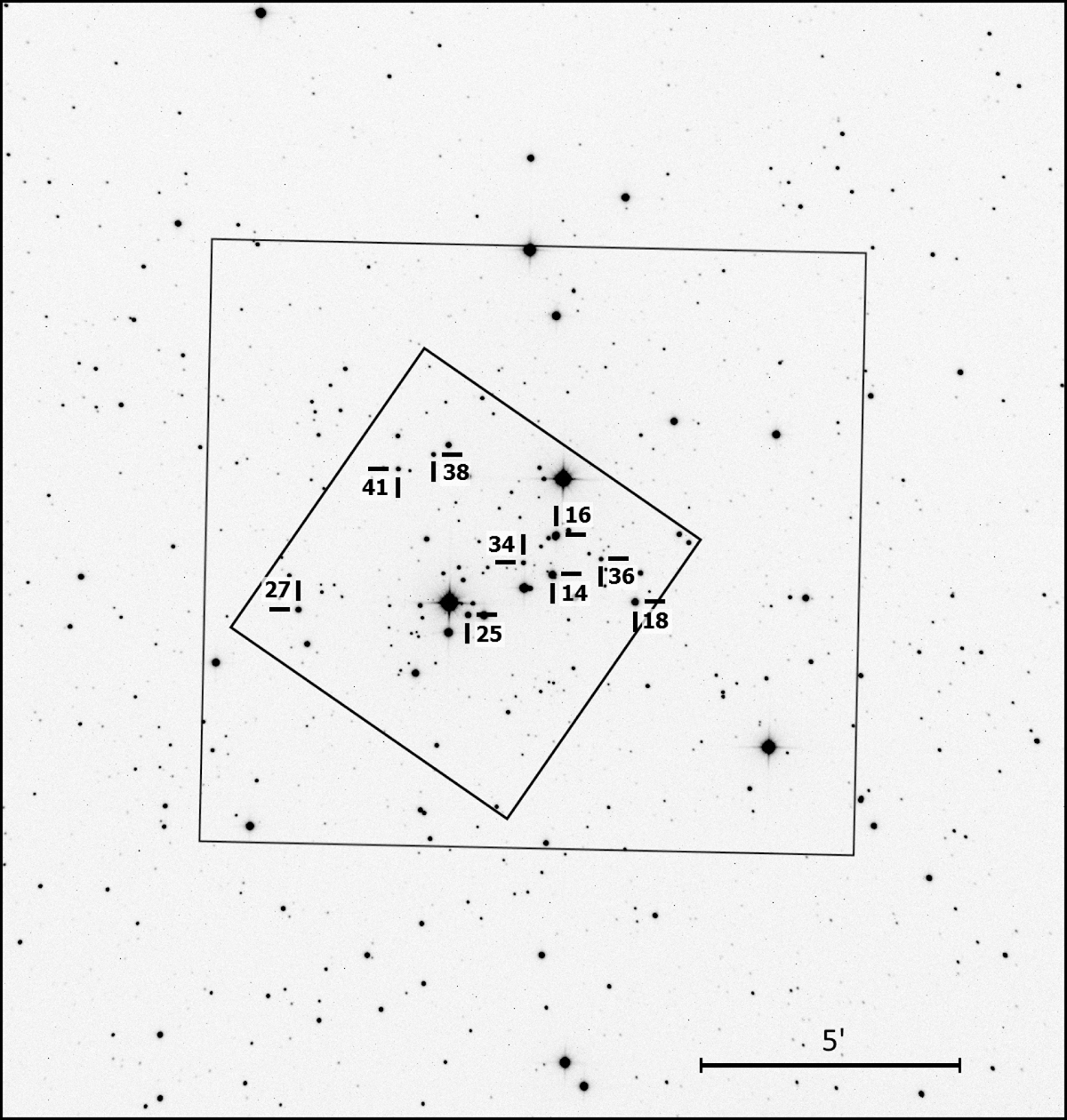